It’s so far, so good in Boundary Bay after high tide, as the storm surge soaked South Delta, but didn’t sweep the beachside Tsawwassen neighbourhoods away.

The Corporation of Delta says as of late Wednesday morning their temporary berm placed by Engineering is holding.

On Tuesday, a segment of the seawall located at a private residence on Seaview Road in Boundary Bay near the U.S. border collapsed, however there has been no further damage in the area.

A 9 a.m. high tide brought an elevated risk of flooding, however the swells have since subsided. A Delta Police officer checking in on conditions at a beach access in the community of Beach Grove said that during high tide the water had indeed surged up higher against the barriers, even reaching nearly the top of a flight of stairs used to reach the beach.

Despite the winds and driving rain, locals in this seaside community were still walking with strollers at a soggy Centennial Beach or out for jogs.

In Boundary Bay, near where the wall had collapsed, a group of kite surfers were packing it in, with one of the adventurers admitting the wind curtailed his activities.

Authorities in the area are monitoring conditions, including in Ladner, where some flooding has been reported at River Road. Delta is urging the public to stay away from the shoreline.

Here are some photos from late Wednesday morning in Tsawwassen: 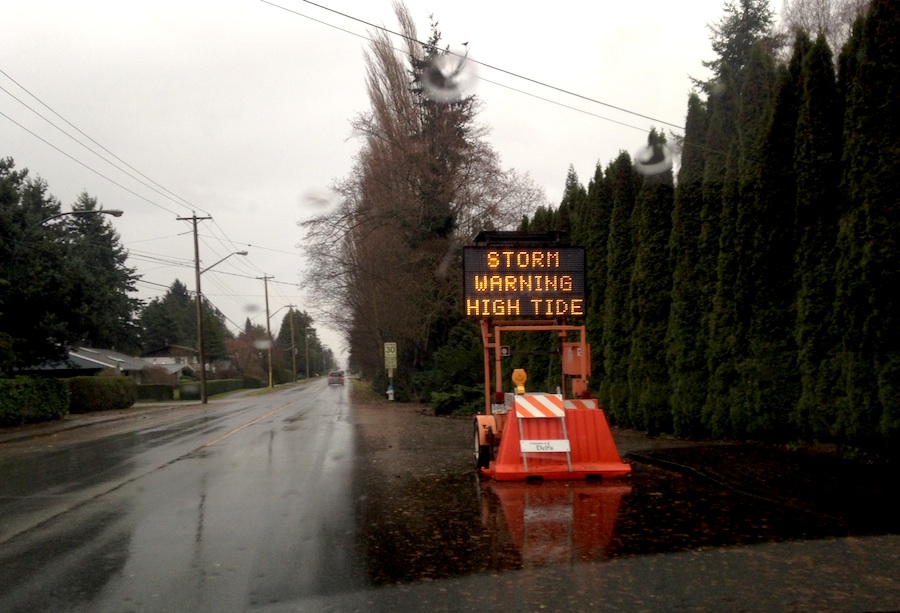 On 16th Avenue in Beach Grove 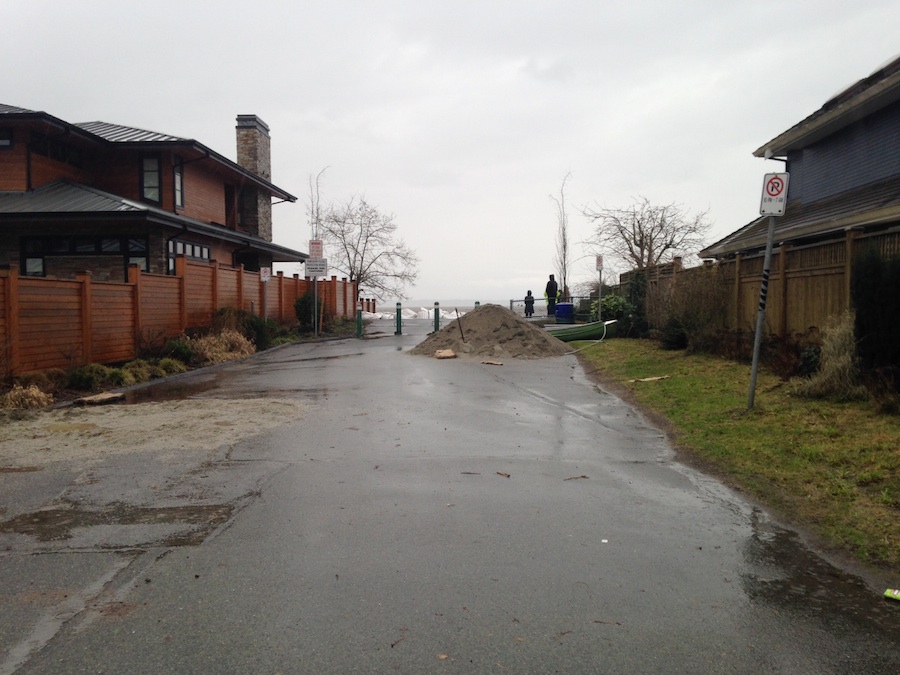 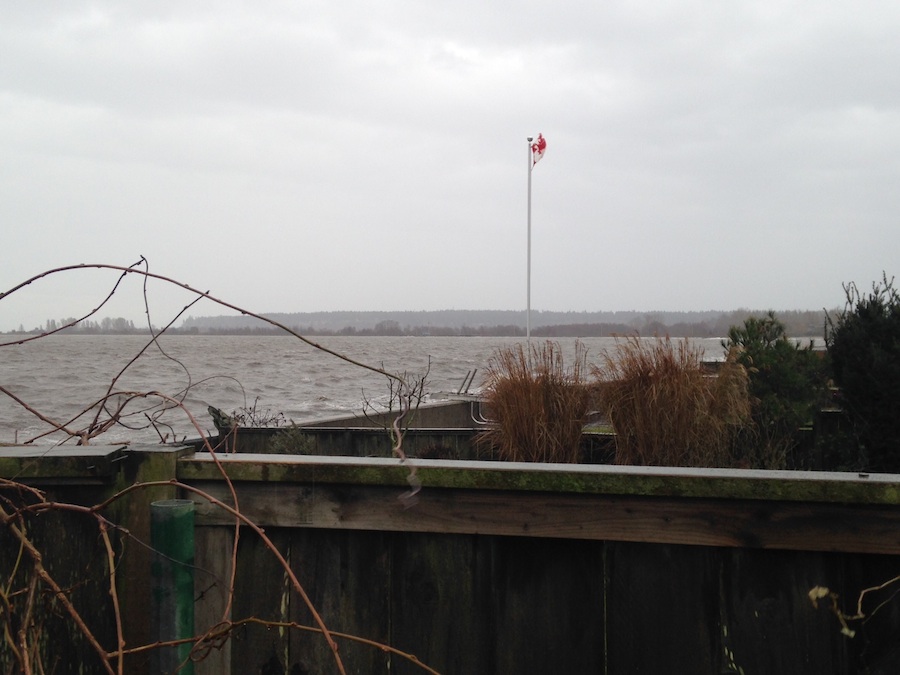 Homes in Beach Grove getting pounded by surf 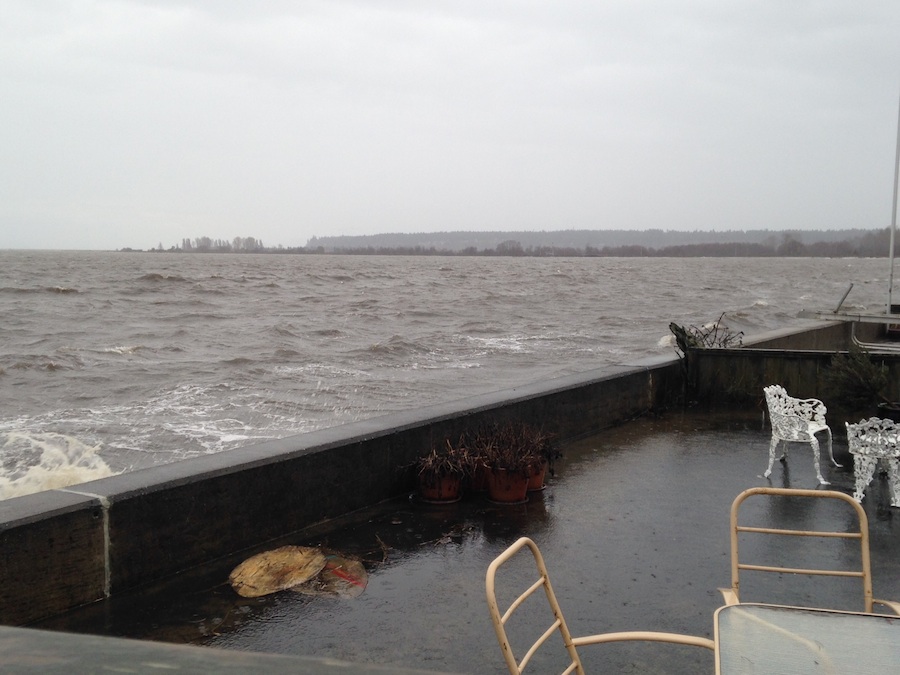 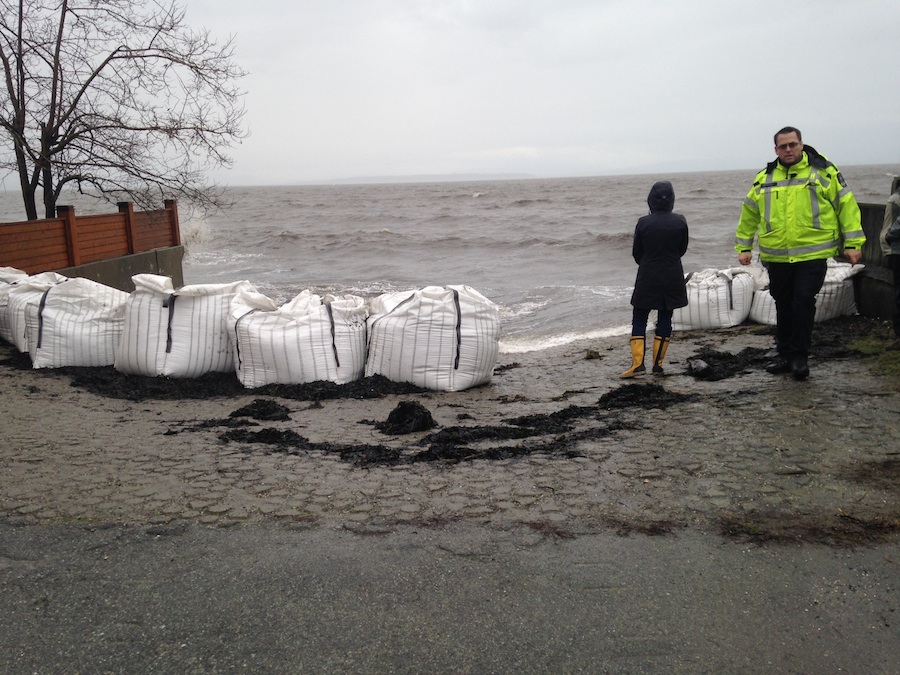 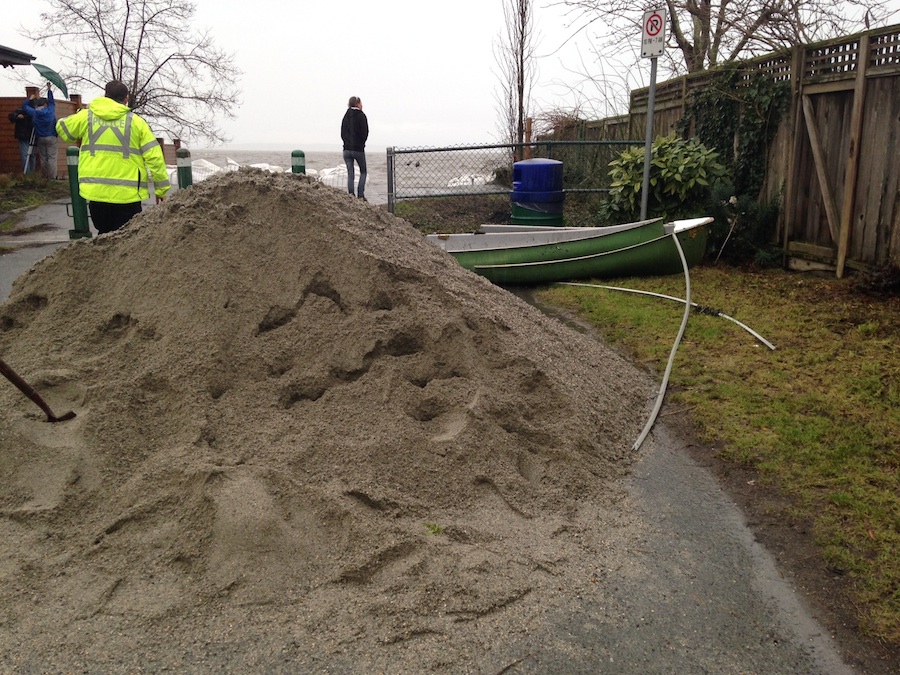 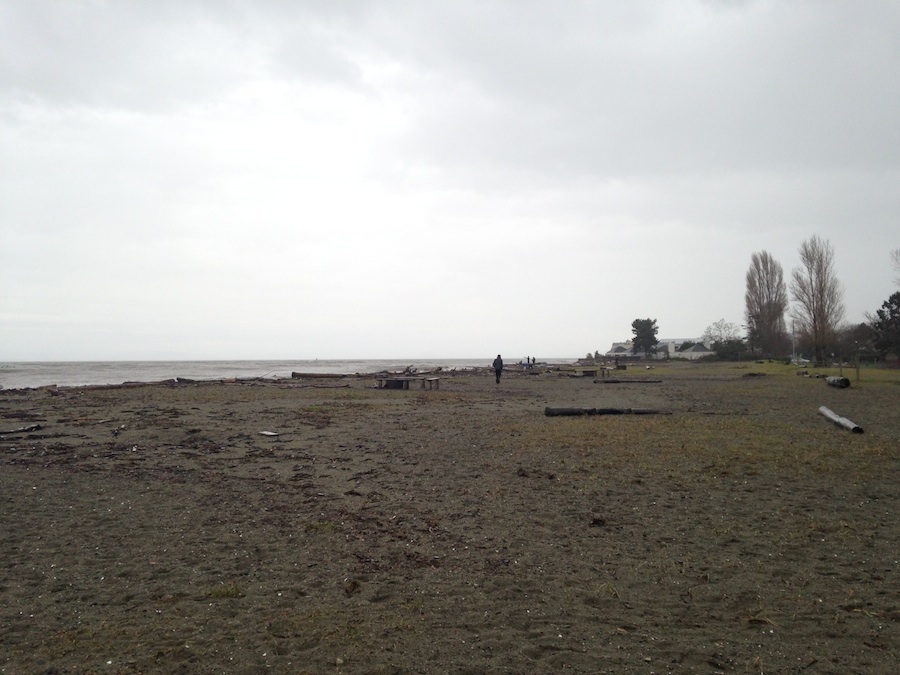 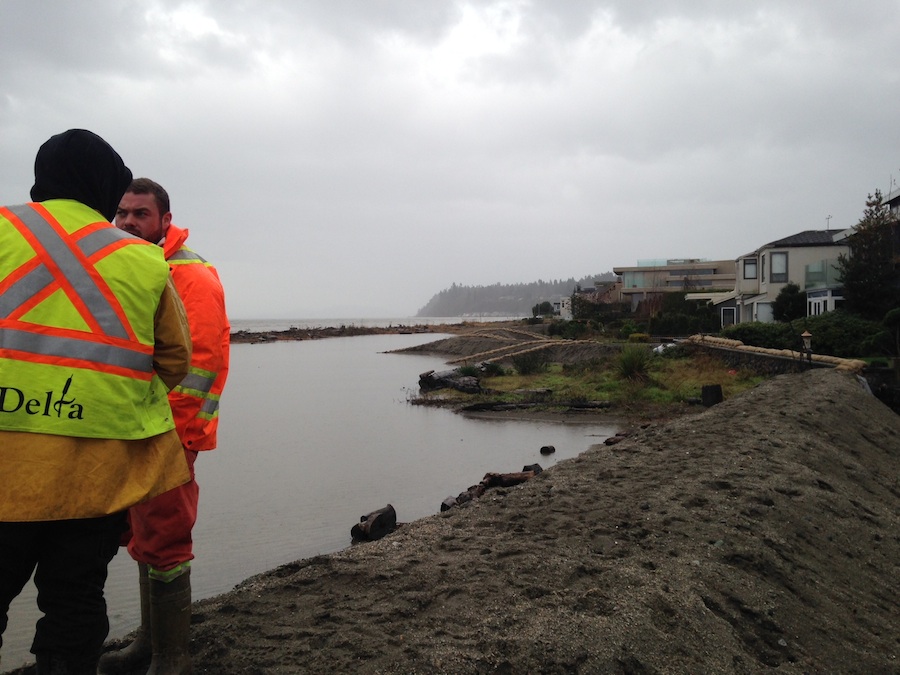 Boundary Bay near where the seawall collapsed 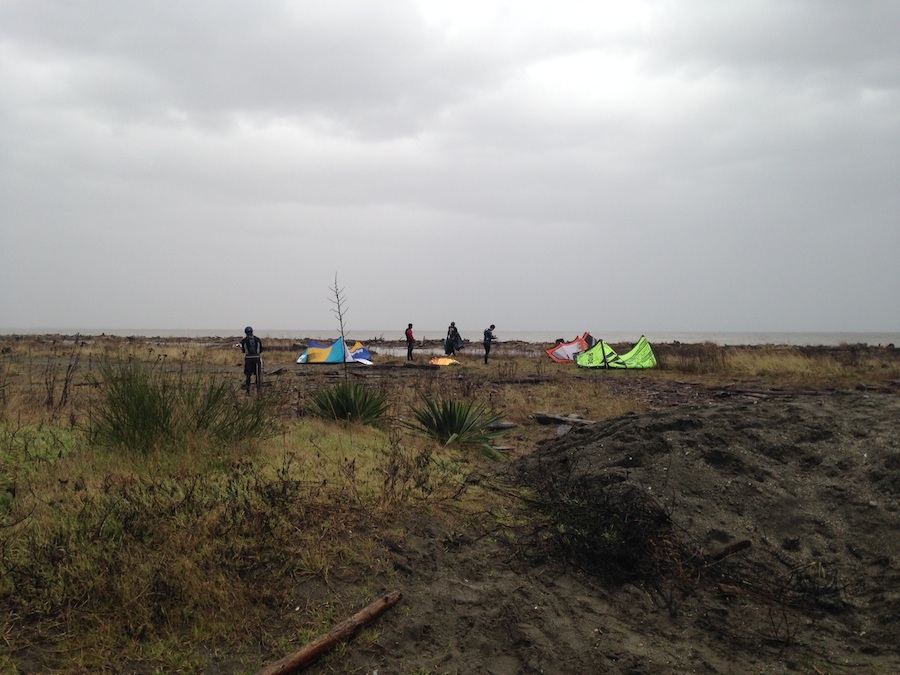 Kite surfers pack it in

All images by Lindsay William-Ross/Vancity Buzz