It’s been open less than two weeks, and it’s already a hit.

Over the last six months, while working on and renovating the space at 994 Nicola St, owner Walter Le Daca has had quite a few curious visitors poking their heads in for a look and a chat. And as soon as he opened the doors at 994 Nicola, the neighbourhood came. 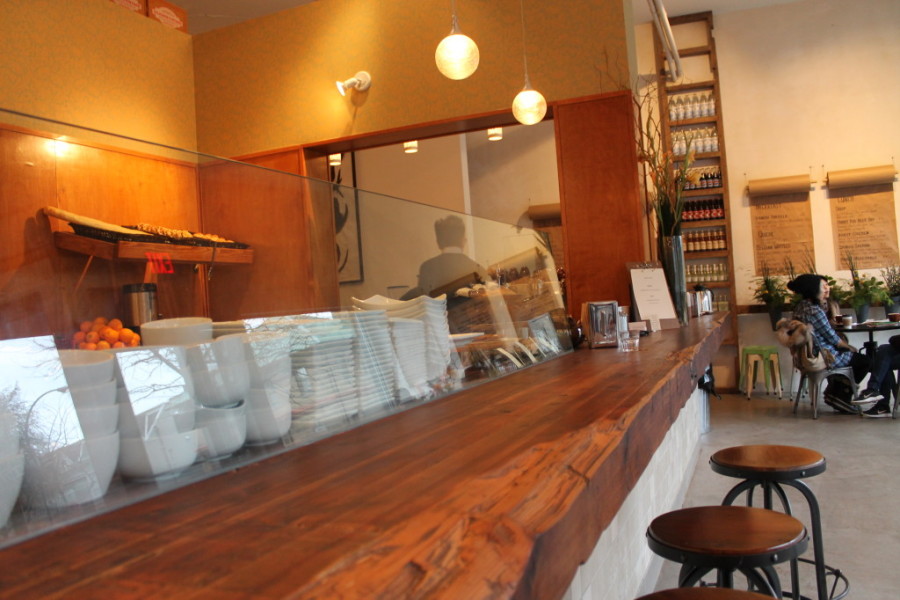 It was the first neighbourhood he lived in after moving to Vancouver, and clearly, the West End still holds a place in his heart. The cafe is a homage to three of the West End’s very first residents: John Morton, Sam Brighouse and William Hailstone. These three “English Greenhorns” bought the 550 acres that make up the West End 150 years ago, and were the first settlers and business owners there.

The space combines the past with the present. The ceilings are very high, accommodating a second, loft-level up in the back. The white walls, huge windows, concrete floors and powder steel-coated tables and chairs make it feel clean, industrial and airy. But there are eclectic vintage touches everywhere that warm up the space. These include the bar, which is made of one long 23-foot piece of reclaimed wood, curlicue metal railings, a ladder shelf made of rosewood salvaged from the crawl space, vintage wood panelling, and 50’s-esque green and gold wallpaper. The focal piece is a bright red elaborate chandelier, and there are also the bicycles everywhere, an apt symbol, as the seawall is just a couple blocks away. Barwear comes from that uber-hip coffee town, Portland. 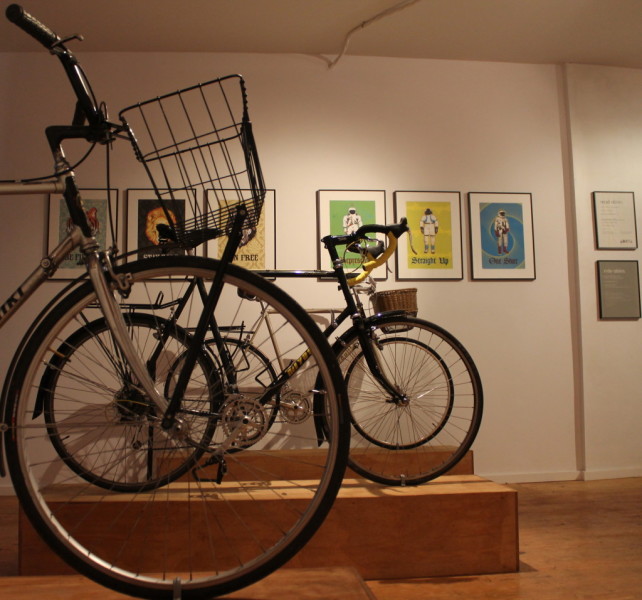 Coffee is sourced from North Van’s Moja Coffee Roasters, and expertly prepared on a beautiful Synesso machine. Le Daca wanted the menu to have a Mediterranean feel, so he hired Rebecca Foster (most recently of Chambar). The menu consists of mostly lighter fare: sandwiches, quiches, soups and salads. Everything is house-made, with the exception of the baguette and croissant, which are brought in and baked on site. There are also gluten-free and vegan options available. 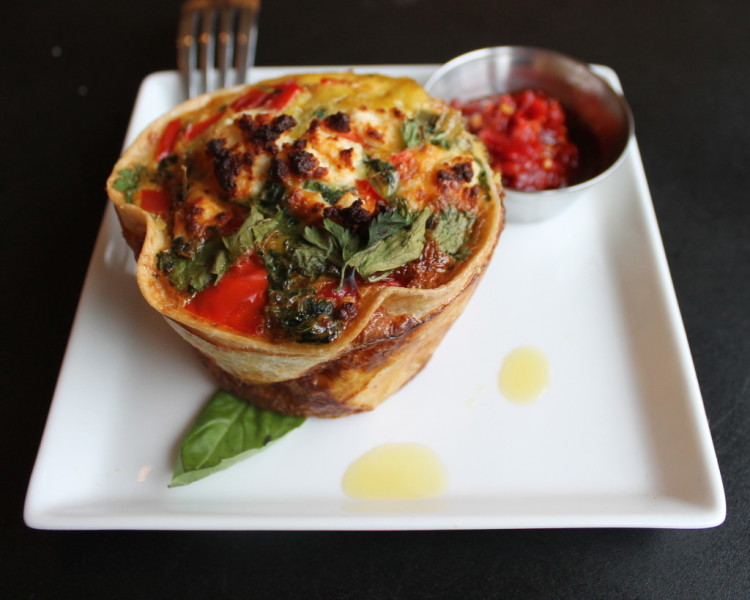 The short rib beef dip is proving to be the most popular thing on the menu, but I recommend the  Spanish Tortilla. If you are unfamiliar with this dish, it’s often served in tapas joints in Spain. It’s an incredibly simple dish, made of potatoes, olive oil and eggs, but Foster does it right: it’s perfectly seasoned, and melts in your mouth. 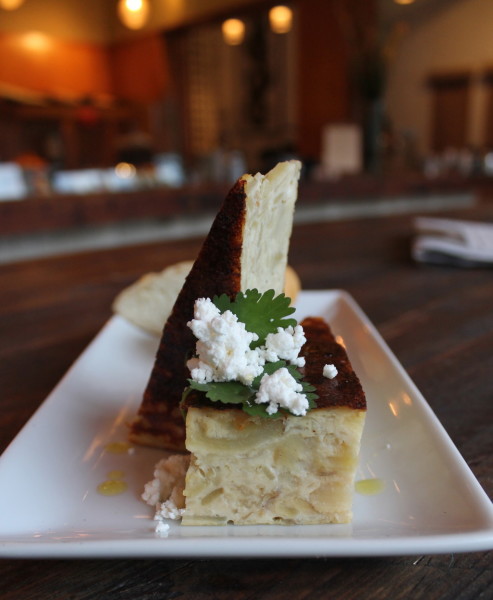 I live in the West End, so Greenhorn is sure to be my new favourite coffee bar. But I think it’s going to be more than just a neighbourhood joint. I feel like Greenhorn might become the next Marche St. George–a destination cafe.