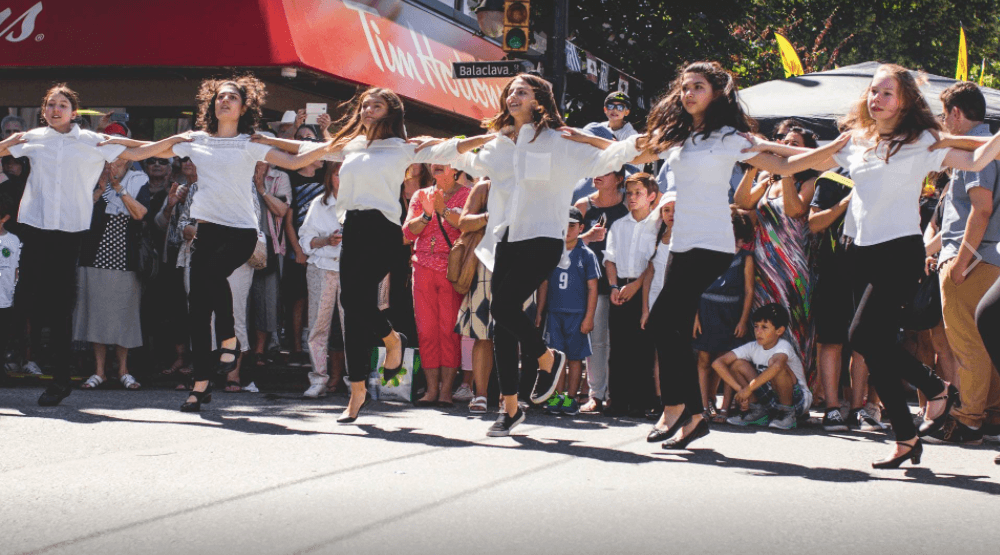 June is Greek Heritage month in Vancouver, and Sunday, June 25 is Greek Day–the grand finale full of food and music and the largest one-day annual Greek festival in the city.

This annual celebration of all things Greek takes over a five-block stretch of West Broadway, from Blenheim to McDonald Street from 11 am to 9 pm.

The day’s offerings include delicious Greek food and drink, market vendors, entertainment, and live music offering a laid back, yet lively Greek atmosphere.

Presented by the Hellenic Canadian Congress of BC, the event aims to share the rich Greek history, including more than 100 years of social and cultural contributions to Vancouver.

Vancouver’s Greektown is in an area of Kitsilano that was historically an enclave of Greek immigrants and their descendants since the 1960s.

Although the Greek identity of the neighbourhood has waned considerably, there is still a higher-than-average concentration of Greek restaurants in the area.

The Greek Day Festival is part of an ongoing effort to restore the Greek identity of Greektown. Entry is free.

Where: West Broadway, between Blenheim and McDonald streets – Vancouver