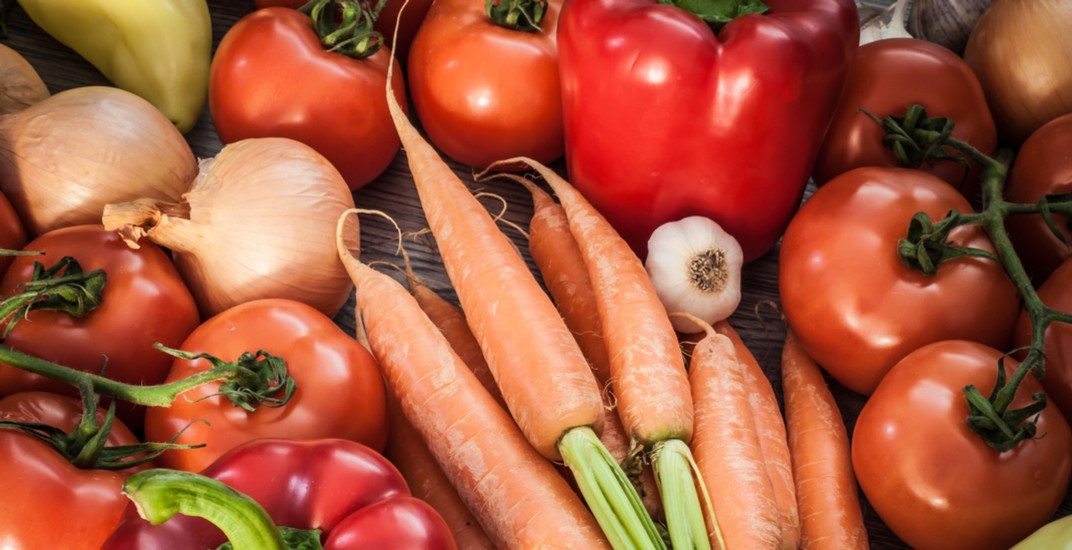 A new project meant to offer a fresh take on excess produce is being piloted by the Greater Vancouver Food Bank.

Known as the Surplus Food Processing Pilot Project, the idea behind the initiative is the fact that those involved said they have an “inkling” that excess produce which would otherwise be disposed of, can be recovered and given a second life.

“Upcycled, if you will,” said Alexa Pitoulis.

Pitoulis is the general manger of the pilot project.

She told Daily Hive that the idea is to take excess produce and – through food processing – turn it into “new, delicious, nutritious food that will then be distributed to food bank members” and potentially to the public further down the road.

“The project is on a on a very small scale right now,” explained Pitoulis. “We’ve partnered with other local organizations and businesses, who we’re working with to provide the kitchen employees and training and development for the people.”

This ties in to another idea of the project which is the idea of not only “handing out food” but also offering people employment opportunities.

Currently the project is in the development stage, said Pitoulis.

“We’ve been working with local Chef Karen Barnaby and we’ve also partnered with Fresh Direct Produce and The Star Group,” she said. “Right now we’re doing a delicious tomato soup and we’ve done some tasting panels with a a diverse range of people.”

Recipes are designed to be aligned with the GVFB’s “highest nutritional standards.”

But on top of that, she said, the idea “is that we really want to be using everything and creating as little waste as possible and keeping the recipes simple and delicious as well.”

A full roll-out of the program will take time, Pitoulis explained.

“You have to make sure you have things like proper labelling and stuff like that. Once we have all those pieces in place, we’ll be able to distribute it more widely through the Food Bank’s channels and go from there.”

But beyond the pilot period, product development, and public rollout, Pitoulis said the idea of the the whole project is “really to look at how do we re-frame the narrative around excess food, which can be thought of as a resource itself and given a whole new dignity and purpose.”