Thursday night at the Vogue Theatre, the five members of the band Great Lake Swimmers put on a show that was melodic, textured, and dynamic. Promoting their sixth and newest album, A Forest of Arms, the band introduced many new songs to its loyal and attentive audience. A strong vocal lead, enhanced by a playful violin, plucky banjo, and solid rhythm section, the Great Lake Swimmers delivered everything you would want to see from an evening of musical entertainment.

The five treasures, Tony Dekker, Erik Arnesen, Bret Higgins, Joshua Van Tassel, and Miranda Mulholland, played in a cohesive way that only a band with both individual and group experience can develop: they know each other, they know their instruments, and they know what their music is supposed to be. The band has been together for over a decade and has developed a faithful fanbase who filled the front seats, yelling, cheering, and urging the band members to play their favourite songs. 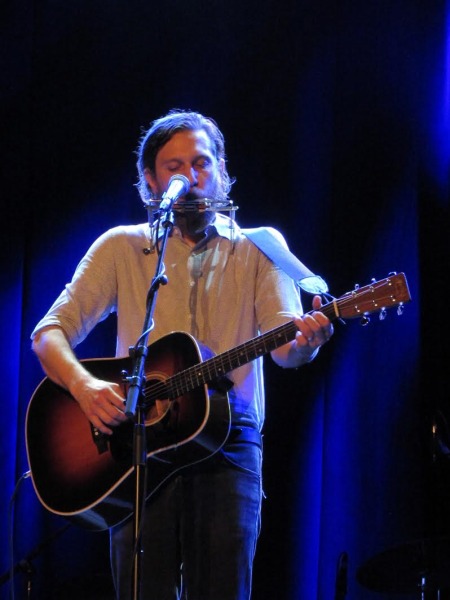 Inducing the crowd to sing along, lead singer Tony began the song “I Must Have Someone Else’s Blues” by encouraging the audience to sing “at the top of their lungs,” to which the crowd enthusiastically replied by doing so, feet stomping, singing, elevating the vibe and filling the theatre space of the Vogue.

A simple set design only served to highlight the talent on stage. Soft, strong colours of red, purple, and blue back-dropped the band and were accentuated by main stage lights in similar colours. The musicians were also surrounded by a few intimate single electric light stands, which cast a contrasting orange hue around the five artists. The stage presence was inviting and comforting, which accompanied the style and character of the music of the evening. 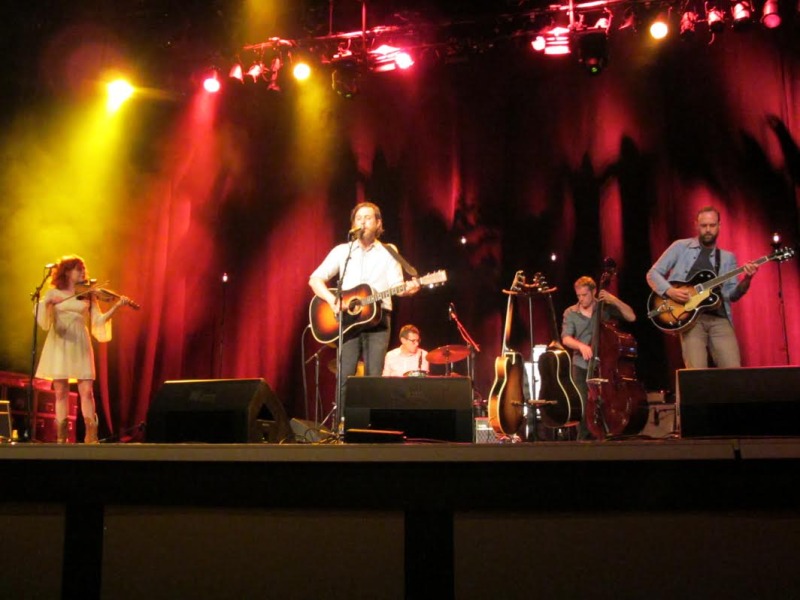 The song “The Great Bear” was inspired by Tony’s recent trip up the BC coast to Bella Bella and reflected in his thoughtful lyrics was the ongoing struggle in our province between pipeline and preservation:

The vocal and violin styling of Miranda stood out against the rest of the band and harmonized wonderfully with the talents of other members. The energy projected from her violin and upbeat demeanour had the crowd in constant smiles. 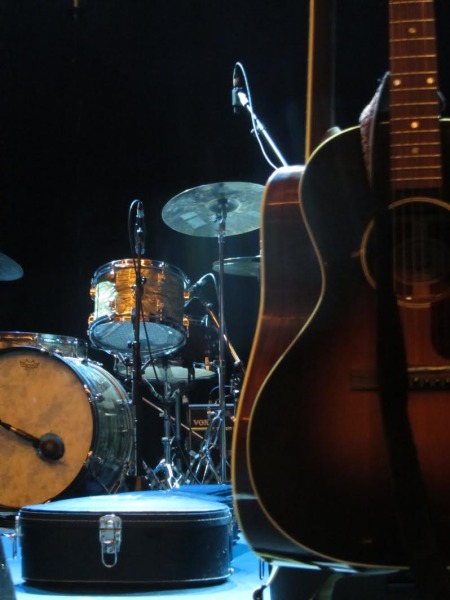 Bass player Bret played a variety of different bass instruments, always changing up the sound and giving the audience something different. Banjo player Erik was a treat to listen to. It’s not often one has the opportunity to hear both banjo and violin in the same band, and Great Lake Swimmers find a way to showcase both instruments without losing one sound to the other. All these individual parts of their music are brought together in one unified sound by drummer Joshua, whose beat is heard and followed.

This band is a pleasure to hear. The years they have spent together developing their style shows. Woven throughout all parts of their songs, their individual talent comes together to form a melody that left the audience wanting, but only wanting for more.