Superheroes have descended on the Vancouver TheatreSports League. While the idea is of epic proportions, the show’s flow and execution does not quite live up to legendary expectations.

The Superhero show will showcase an ensemble cast led by a narrator who will help guide the storyline. Each show’s superhero will possess special powers and a secret identity based on audience input. Of course, no superhero story would be complete without a dastardly nemesis who will attempt to foil the superhero at every turn. Throughout the course of the show, the superhero will reveal the origin of his or her superpowers along with their secret identity life and come face-to-face with the evil nemesis. Witness bravery, heroism and razor-sharp wit unfold anew each night. 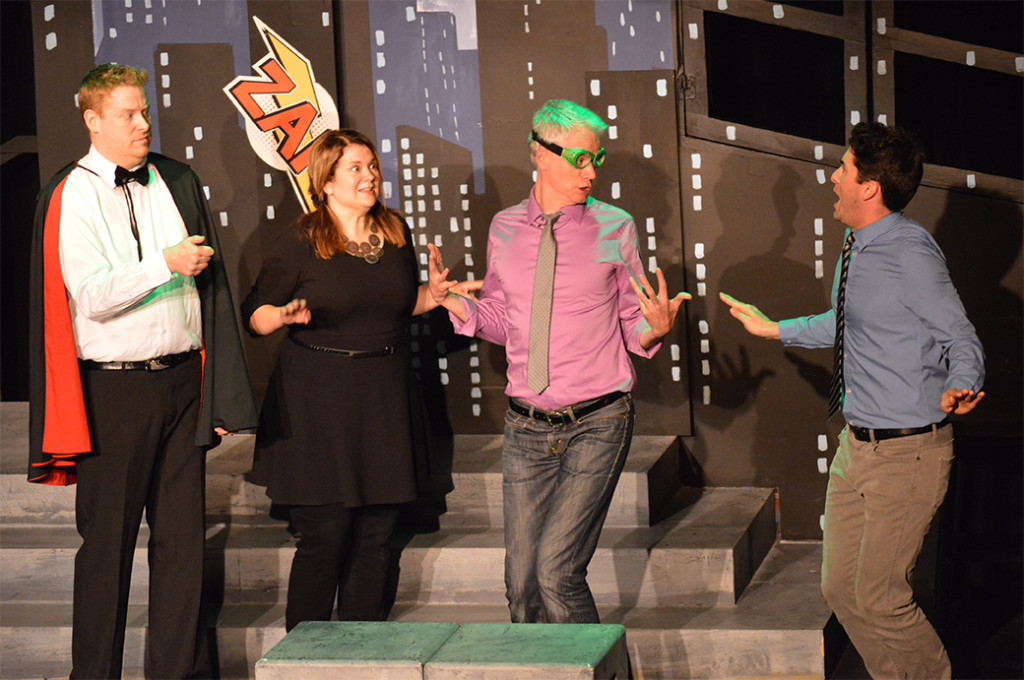 Both audience and performers had a great time with the theme; an abundance of enthusiasm and in-jokes buoyed the performance, which had otherwise fewer laugh-out-loud moments than improv usually does. I attribute this lack mainly due to the rigid format and enforced arc of the show. Improv is, obviously, meant to be improvisational and having a guided script and prompts severely hampered creativity. It’s why we attend comedy in the first place – the original, the unexpected, and the otherwise inexplicable.

By the second half, the night felt more like a haphazardly scripted show rather than anything unique. And that’s exactly what it was – the performers were left to construct a narrative and conclusion out of odds and ends, all tied to stereotypes inherent within the superhero genre. The limitations were probably a great exercise for their improvisational muscles, but not always a pleasure to watch. I came away from The Superhero Show without any moments lingering in memory, and missing the usually pleasant ache of muscles, unflexed from too little laughter.