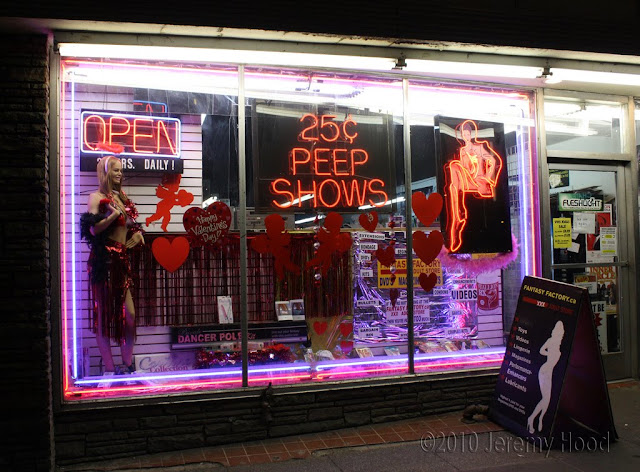 This is the first of a three part series featuring the neon signs of Granville Street. Today I focus on the streets past and store fronts that will most likely be gone in the near future as the street attracts more bars and chain retailers. The first sign is a definite reminder of the streets seedy past. Does anybody even know what a 25 cent peep show is like? I don’t think I even want to know. 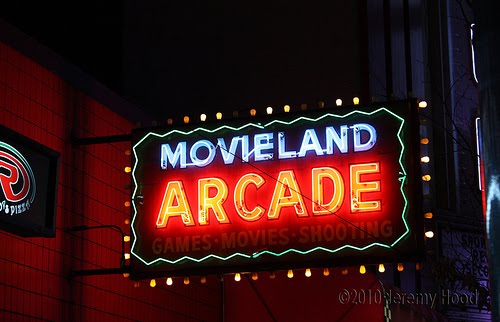 The Movie Land Arcade located at 906 Granville is a blast from gaming past. An era in which we used to go to actual arcades to play against other gamers. Memories of me getting my butt kicked in Street Fighter, Mortal Kombat and Virtua Fighter go through my head every time I go by this place. Nowadays I’m subject to getting my ass kicked on XBox Live, unless its NHL 10. If you are feeling nostalgic go on and head on over to the Movie Land Arcade because it may not be there much longer. 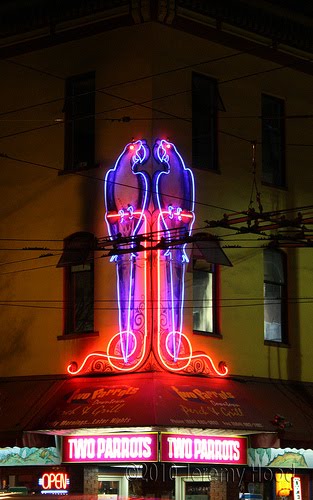 The Two Parrots Perch and Grill has been around for a while. Whether it will last the next wave of urban renewal is anybody’s guess. If you are in the mood for some Mexican food, check it out, it’s not bad. I am surprised by how many people in my office haven’t even heard of the place. 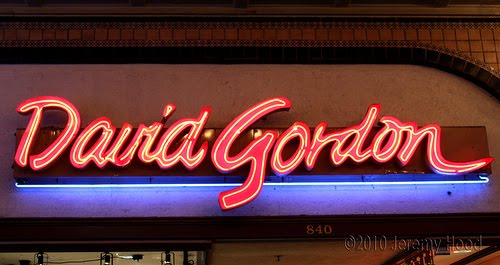 David Gordon shoes at 840 Granville street is currently on its way out and having a closing out sale. Will it find a new spot? Is it done for good? One of the unfortunate consequences of higher rents. 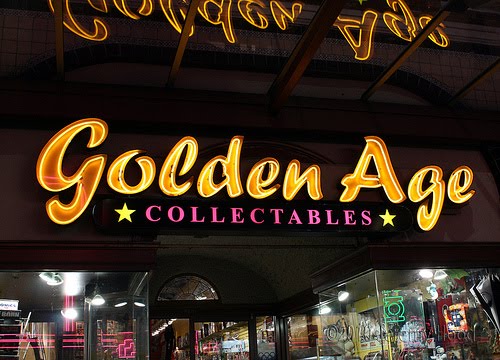 People that know me well know that I like comics, X-men and Black Widow being my favourites. Besides Elfsar in Yaletown this is the only other comic book store I know of downtown. I have a feeling the Golden Age Collectables may be coming to an end soon. Also I did not realize how they spelled collectable until now, spell check is telling me they are wrong.

The Cecil strip club is on its way out. Remember, I told you strip clubs are a dying breed in Vancouver. Look for another condo tower to pop up and replace The Cecil. Not too sure about a condo on a street that is defined as our entertainment strip, even if it is at the end of the strip closer to the bridge. 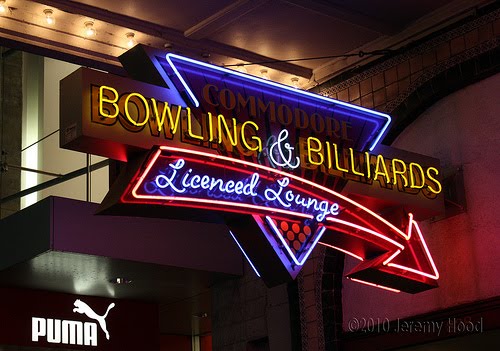 Another remnant of the streets indie, gritty past is the Commodore Lanes and Billiards. They may charge by the hour but sometimes that works out for the better. A great place to bowl while drunk, well actually bowling while drunk is preferred. Hoping this lasts and remains on Granville for awhile.

All photos courtesy of Entheos_Fog