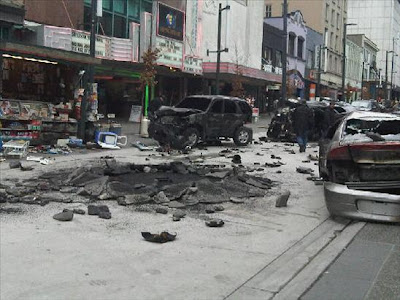 Image: Amanda Haines via Tweetphoto
Is this an image of a post apocalyptic Granville Street (after 2012 has gone through and ravaged the world) or just another Sunday morning after the Fraser Valley boys are finished getting kicked out and denied entry into the numerous clubs on the strip?
In reality, if you look closely, you’ll see the news stand on the left and realize this is for some kind of movie or television production. There were many spectators, trying to figure out what the hell was going on, my best guess would be they were shooting for Fringe (television series), one of the few productions still around regardless of the loonie reaching parity earlier today. They are also on set today as well, so if you have a camera may be go there and snap a few shots. 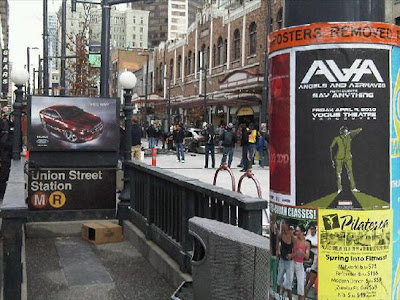