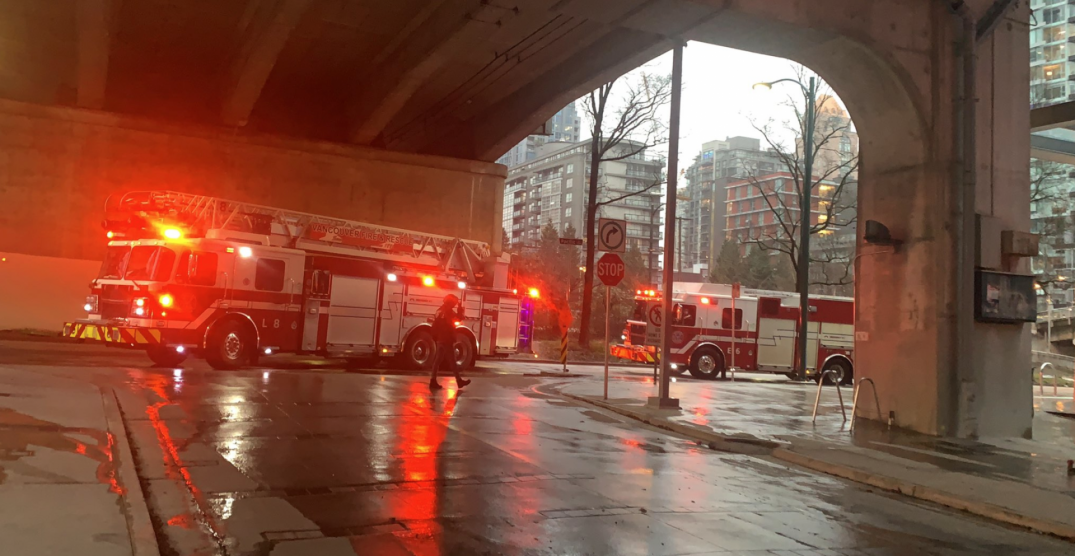 Firefighters responded to a vehicle fire and an explosion in downtown Vancouver Tuesday afternoon, and asked drivers to avoid the intersection of Granville and Pacific streets because of the incident.

Vancouver Fire Rescue first tweeted about it just after 3:30 pm. Around 4 pm, they revealed a fire investigator is still looking for answers about what caused the explosion.

Crews & Fire Investigtor remain on scene at Granville/Pacific determining the cause of a vehicle fire and adjacent explosion. Granville between Pacific & Beach will be closed during investigation & cleanup- avoid area. Thanks for your patience. pic.twitter.com/99m4K53aJG

Granville and Pacific intersect near the north end of the Granville Street Bridge.

A witness shared images from the scene showing several displaced bricks and firefighters in the background. 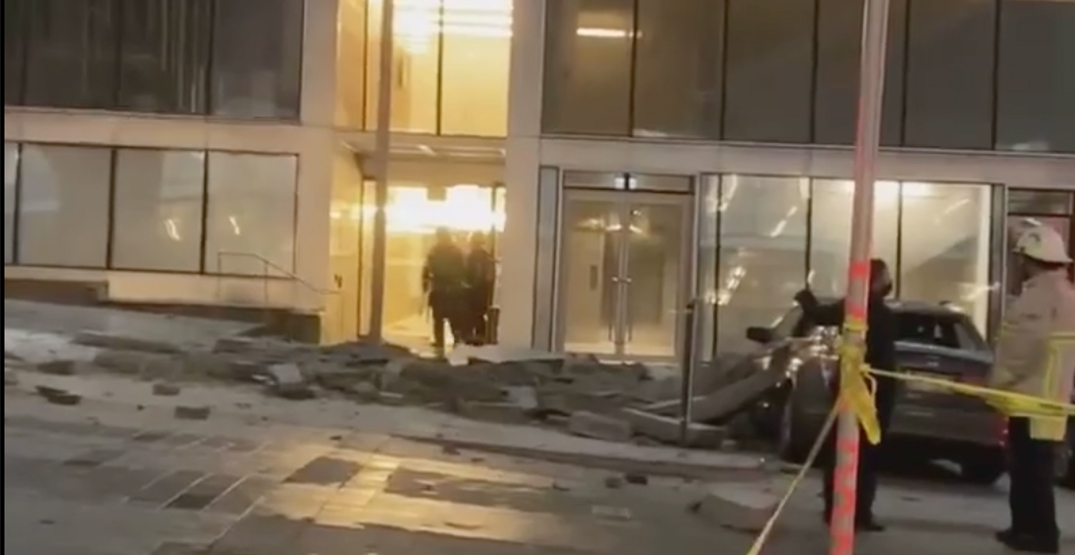 There aren’t many details yet about what happened, but at least two fire trucks and several police officers responded.

#VPDTraffic: Members are assisting VFRS in the 1400 block of Granville St. Eastbound traffic on Pacific Ave at Granville St is being diverted. Expect delays in the area.