When the Public Market opened at Granville Island opened in 1979 there was nothing else like it in Vancouver. The Market has remained relatively unchanged since then, but now the city’s vibrant “foodie” culture is shaping the future of Granville Island.

Operated by the Canada Mortgage and Housing Corp.(CMHC), Granville Island is bringing on a new Project Manager who will be tasked with coming up with a revamp for the Public Market, among other significant duties.

Among the parts of the job: “Develop a revitalization plan for the world famous Public Market to ensure Granville Island retains its place in Vancouver’s food culture and to address recent and upcoming direct competition lead,” reads the listing.

What exactly does that mean? The Public Market may be looking to other world-class marketplaces for inspiration, and also Vancouver’s own focus on sustainability. “[T]he wish list for improvements [to the Public Market] includes a plan to grow vegetables in rooftop gardens,” according to The Province, and an expansion of the market. 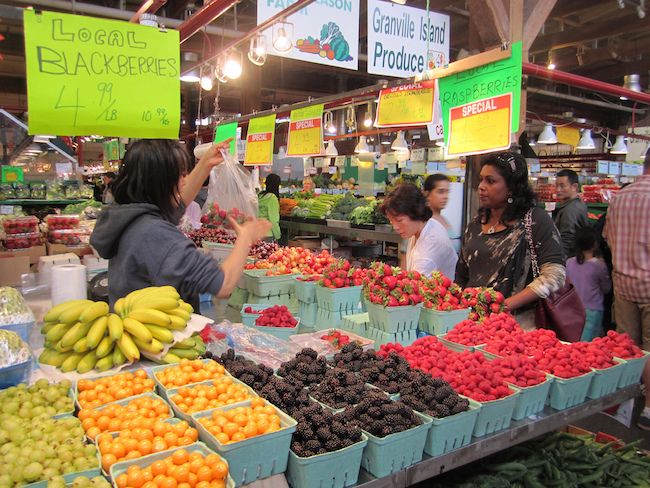 One big space up for grabs will be the vacated Emily Carr University facilities at Granville Island. The new Project Manager will help determine what goes in there. It isn’t known yet if the expansion of the market includes using the art school buildings for food-related endeavours.

Revitalization can be powerful for an established marketplace. In downtown Los Angeles, Grand Central Market has recently been undergoing a significant evolution from a second-tier produce and ethnic market place with cheap food stands to a more artisanlly-focused marketplace with high-profile chefs opening up cafes and destination eateries. The entire Market placed on the prestigious Bon Appetit magazine list of “Best New Restaurants” last year.

With the prominence of terrific weekly neighbourhood farmers’ markets in Vancouver, the Public Market’s vendors will be getting scrutinized by the new Project Manager to ensure they’re on par with the competition.