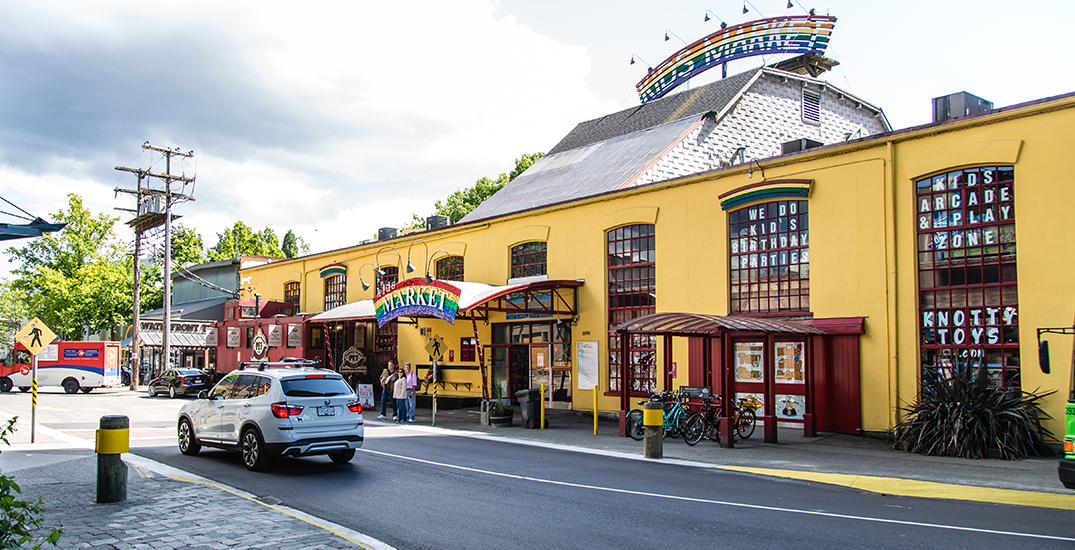 Some store owners in the Kids Market on Granville Island say their sales have taken a hit this year, and they’re pointing the finger at a new pay parking plan on the island.

A Granville Island spokesperson, however, says the new parking scheme has more pros than cons, and other factors like bridge construction, a closed playground, and a soft retail sector across the province could be contributing to slower sales.

Joanna Mileos, owner of Granville Island Toy Company, says her sales are down 14% this year compared to the same time period last year. While she understands the logic behind implementing pay parking, she thinks the rates on the island are too high.

“Don’t ram it down people’s throat,” she told Daily Hive in an interview. “I think they should have brought it in a little slower.”

Granville Island used to have a mix of parking spots that either cost $3.50 per hour or were free. On June 1, 2019, Canada Mortgage and Housing Corporation, which manages Granville Island, implemented a standard parking scheme on the whole island during peak hours.

Cate Simpson, spokesperson for Granville Island, said people used to circle the island looking for a free spot, creating the illusion there wasn’t enough parking. The new model was brought in to improve the flow of traffic and reduce customer confusion.

“When pay parking is in effect, at $2 an hour during the winter months, and only at mid day, parking here is relatively cheap compared to the rest of the city,” Simpson told Daily Hive in an email. “With so many free activates on the island, many find it a very affordable place to shop.”

But Robert Grossman, owner of Camelot Kids, said he’s seen a noticeable decline in foot traffic since the pay parking was implemented.

“I think locals like to go to a place where you can park your car for free if you’re going to spend your money,” he said.

Other store owners, though, welcome the change. Kristen Jones, co-owner of Aurum-Argentum Goldsmith on Railspur Alley, recalled one regular customer whose husband used to continue driving while she shopped.

“When it was free, there was no parking,” she said. “It’s not that expensive. Even out in neighbourhoods, you have to pay.”

Simpson, with Granville Island, said they’re aware of the Kids Market retailers’ complaints. CMHC won’t go back to free parking, but if data suggests fewer cars have come to the island this winter, they may lower the winter hourly rate.

However, since only one specific group of tenants is experiencing difficulties, she suggested more factors could be at play than just parking.

For instance, the children’s park and playground behind the Kids Market has been closed since September for a million-dollar upgrade. The weather has been “dreadful,” Simpson added, and construction on the Granville Bridge could have discouraged people from coming.

Retail spending across BC has also underperformed this year, Simpson said, an observation supported by a recent Central 1 economist’s report.