Well known graffiti artist Grominator spent some time in Vancouver and while he was here the spray paint master tagged a few select locations in the city with his hyper-stylized “Grominate” characters.

The feature image in the article features a collaboration with Vancouver street artist iHeart. The tag has now been painted over. It is not known at this time if the City of Vancouver painted over it or someone that doesn’t appreciate street art.

Here are 5 Photos of Grominator’s Street Art in Vancouver 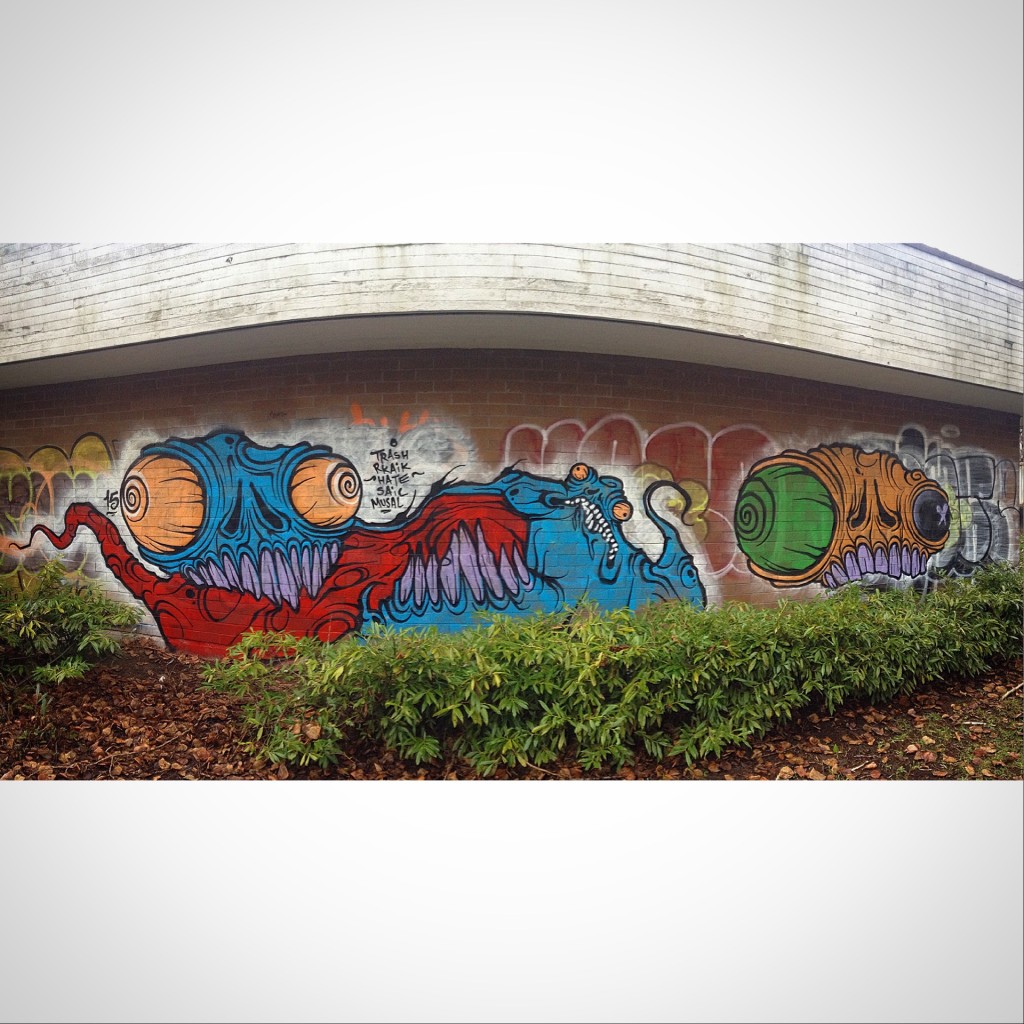 Photo by Stephen Goodman/Streets of Vancouver

You can spot this one back of the Hilti store at Holdom Skytrain station in Burnaby. 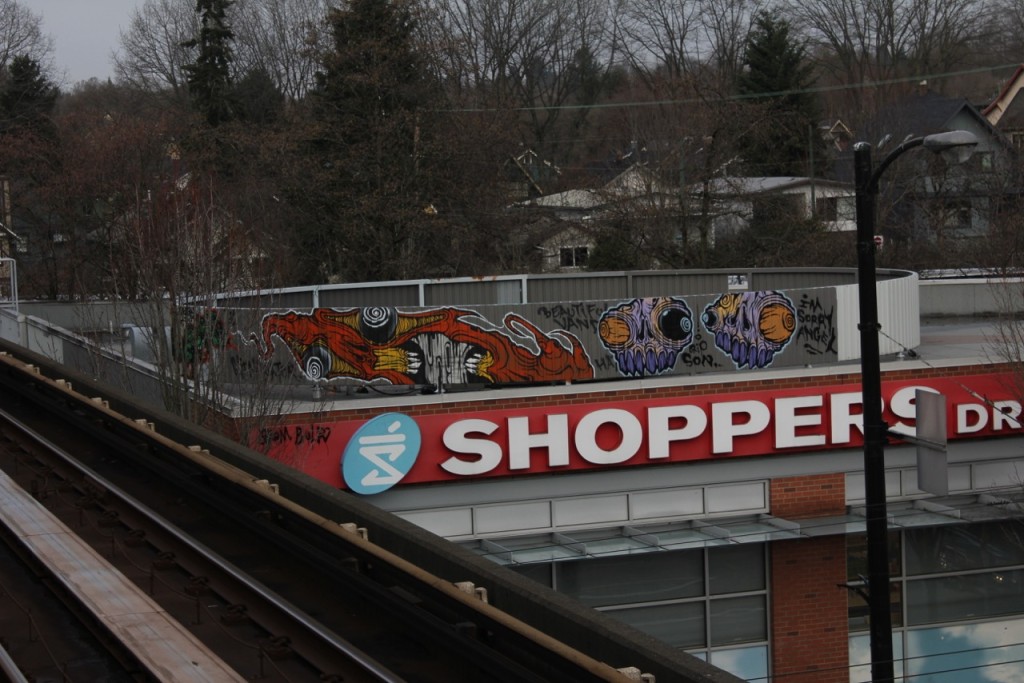 Photo by Stephen Goodman/Streets of Vancouver

This one was near the Commercial Skytrain stationm, it was a piece he did last year but added on to it while he was here. It’s now said to be gone. 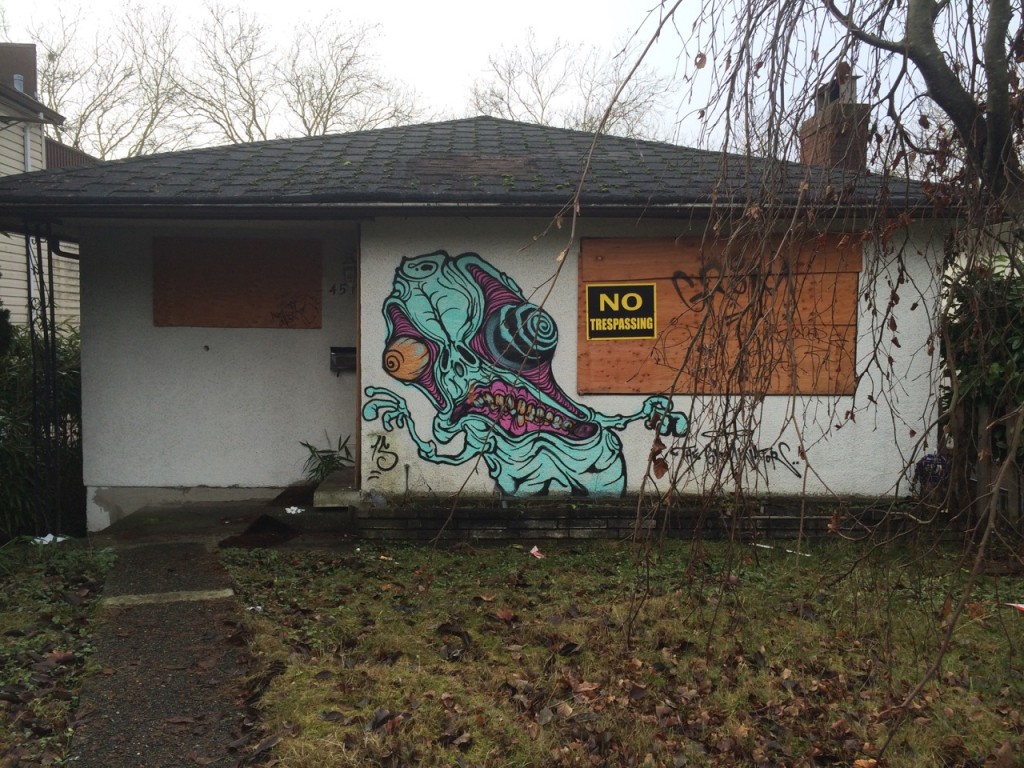 Photo by Grominator for Vancity Buzz

An abandoned house gets the Grominator treatment. 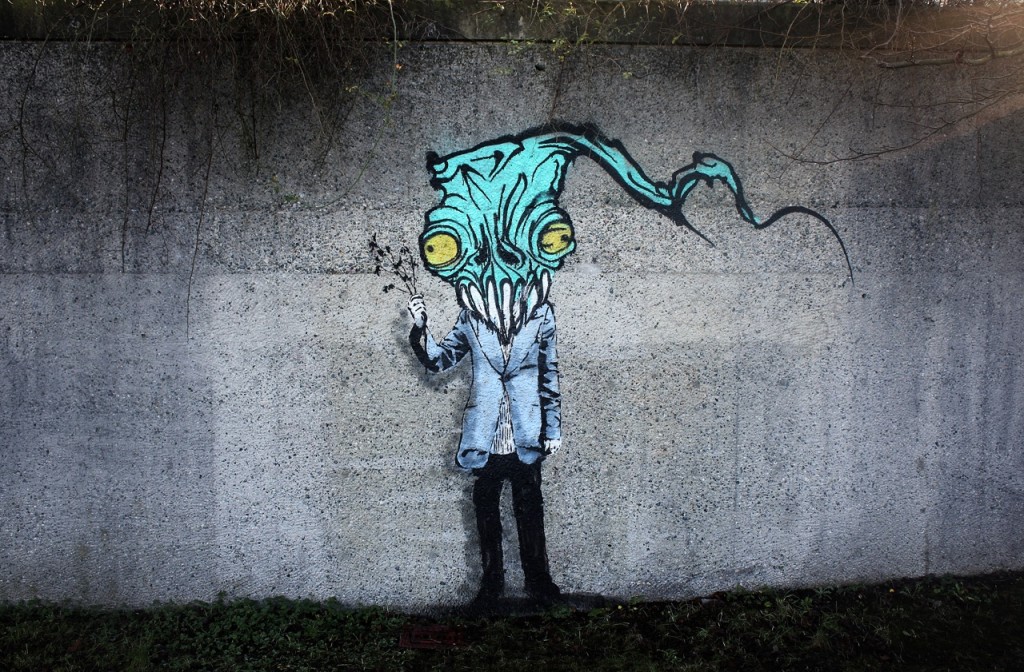 Photo by Grominator for Vancity Buzz