Every story has three sides; your side, their side and what really happened. That is the world Vancouver writer and producer Alannah Turner is exploring with her new show, My Grade 8 Diary, which is competing for a $10,000 production grant from STORYHIVE (sponsored by TELUS) to produce the pilot episode.

The show follows Greer, a woman who loses her memory of her formative high school years after being stuck by a bagel truck. Determined to re-experience the memories she lost, Greer explores her high school diaries. She reconnects with her high school classmates in hopes of figuring out who she was all those years ago. Along the way she finds a letter from her “first love” with no name signed. Will she find out who wrote it? Were the events in her diary the real story? What does re-discovering her past change about her future?

The series will feature numerous local character actors to play the people Greer knew in high school. “What is really fun about this show is that the same actors will be playing the teenage version of their characters in the flashbacks,” said Turner. What also sets this series apart is the local music that the series will feature. Jasmin Parkin of Canadian band Mother Mother will be writing the theme music for the show as well as making an acting debut in the series.

Another face well-known to the Vancouver music scene will also appear series; Dominique Fricot is being cast as “that guy with the guitar.” The creative team has been busy reaching out to other local bands and musicians to fill the series with music. “We want to make sure the soundtrack of the series is full of local content; music is such an extensive part of what shapes your high school experience, so it is important that the soundtrack be thoughtfully planned.”

So far the series has been in talks with David Verstesi of Hey, Ocean! and sweetheart chanteuse Hilary Grist to fill out the sound. 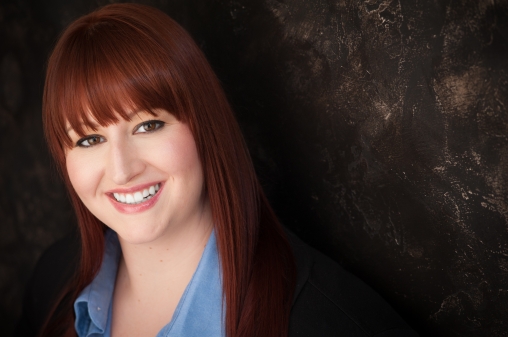 The series was inspired by semi-autobiographical events after Turner was hit by a car on her way to school in March of this year, “I have always had a terrible memory,” said Turner, “and reading my old diary sometimes I think ‘Did I ACTUALLY do that?’” The idea came to me and I really love the characters. I want to see them succeed.”

What the series needs to move forward, are your votes! The contest runs until Dec 1. The link below takes you to the voting page where you can log in with an email ( to prove you aren’t a robot) You can cast 5 votes to ‘My Grade 8 Diary’ and then you have five more votes to explore the rest of the shows on the ‘Hive.’ The ‘My Grade 8 Diary’ team suggests friend Jackie Blackmores “LoveHurts” and Neil Everys “Half Word.”