Vancouver has and will always have a major problem with its concert scene, there’s way too damn many. Sure enough eventually some will fall on the same date, I personally can still remember a fatal October when Sigur Ros played the same night as Iron and Wine but luckily (not really) the decision was easily made for me when scalpers scooped up all the Sigur Ros tickets and sold them at a ridiculous rate.

The easiest way I can see coming to a decisive answer is a simple pros and cons list. So here it is: 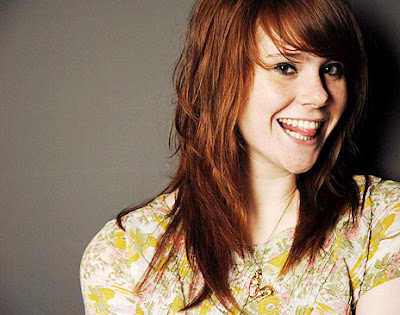 Kate Nash
Pros:
– Commodore is the much better venue where you can get a beer for $6.50 instead of $7.50
– Live Nation had promo where you could get tickets for $15
– She’s British so it’s likely she may get so wasted on stage she pulls a Courtney Love and flashes the crowd
– Her new album “My Best Friend is You” will be on a lot of Top 2010 album lists
– Has a great song about being shit on by birds
– Good chance to see her in a cool intimate venue before she moves on to bigger and better things

Cons:
– Likely to get so drunk off the “cheap” beer you’ll pass out before Kate hits the stage
– After taxes and service charges the price ended up being almost $30 on Live Nations “Special $15 ticket price”
– She’s British so it’s likely she may get so wasted on stage she pulls a Courtney Love and flashes the crowd. (British teets not my cup o’ tea)
– She may attract a real douche of a crowd…meaning you should probably hit up American Apparel before showing up

Gorillaz
Pros:
– Gorillaz first time in Vancouver and possibly the last, this has always been a side project that could literally end tomorrow
– The show will be wildly entertaining with crazy visuals and lots of dancing
– Seeing them live is about as rare as seeing someone in a business suit on Commercial Drive
– It might be as close as any of us ever get to seeing Blur live?
– Stylo music video features an epic Highway Showdown with Bruce Willis

Cons:
– Likely won’t see any of the guests that appear on albums like Lou Reed, Snoop Dogg or Shaun Ryder
– The likelihood of being next to “that guy” who is pissed they only played one song from their first album
– N.E.R.D is opening so you can guarantee a bunch of 16 year old girls in the crowd to get on stage and strip
– No 3D animation of the cartoon band members performing the songs 🙁
– It’s not Blur 🙁

Either way you slice it, both shows will be worth your hard earned penny but if you had a gun to my head I’d say Gorillaz win this battle, very slightly and only based on the fact they could likely never tour again and Kate Nash is so young she’s bound to roll through town eventually.

Personally I will be attempting to catch both shows and running out of the Gorillaz like they just invited Lady Gaga on stage with them, wish me luck!

Still tickets available for both shows (surprisingly) so get on Ticketmaster and make your decision!
In the meantime check out these songs!