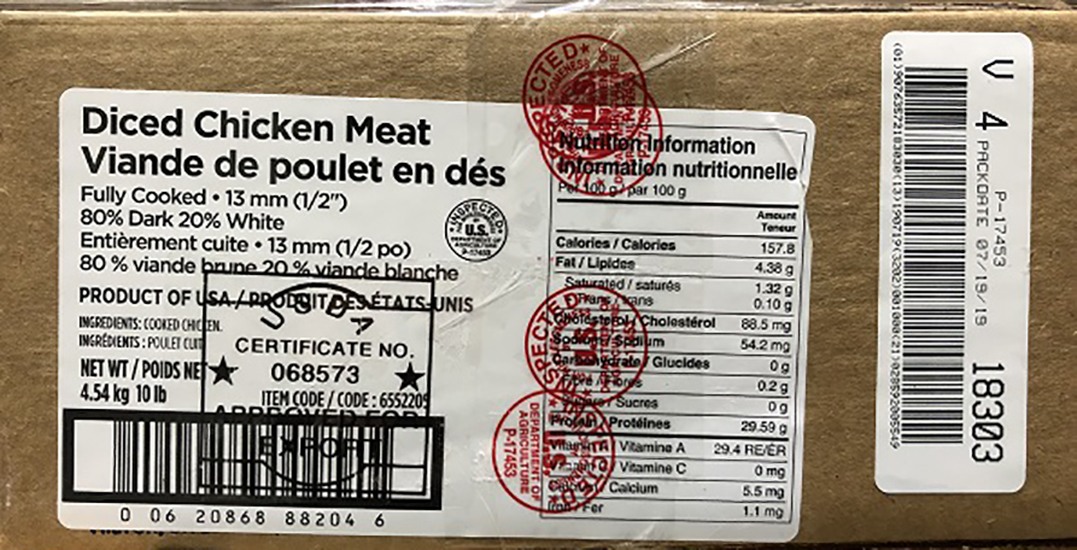 According to the Canadian Food Inspection Agency, the diced chicken is being recalled from the marketplace “due to a possible Listeria monocytogenes contamination.”

The product was distributed across most of Western Canada, including British Columbia, Alberta, the Northwest Territories, Nunavut, Saskatchewan, and Yukon. 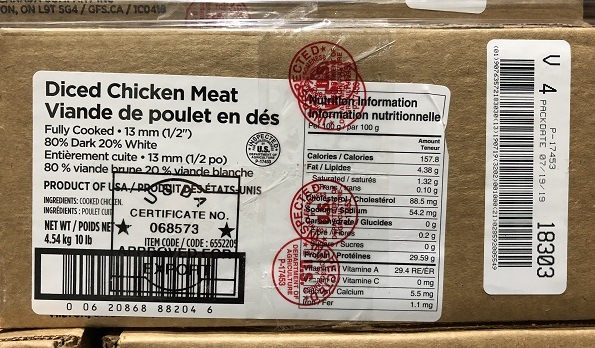 Anyone that does have the recalled products is asked to contact the CFIA.

The affected products are as follows:

According to a statement by the CFIA, the recall was triggered because of an investigation into a “foodborne illness outbreak.”

Anyone who believes that they became sick due to the consumption of this product is asked to contact their medical provider. 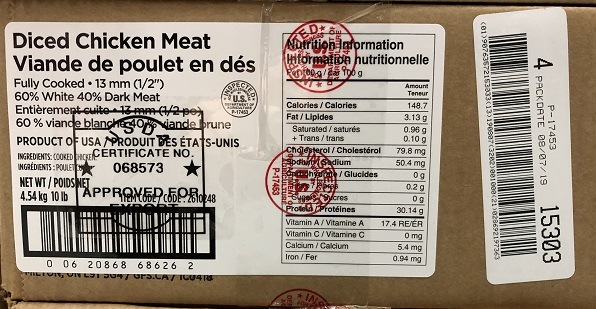 Pregnant women, the elderly, and those with weakened immune systems are more at risk. The infection can also have a larger effect on pregnant women and can lead to premature delivery, infection of the newborn, or even stillbirth.