Former B.C. Premier Gordon Campbell is being considered as a federal Conservative candidate for the new riding of Vancouver Granville.

Residents living within the new federal riding recently received phone calls from political pollers asking whether they would vote for Campbell under the Conservative banner in the upcoming election currently scheduled for October 2015, reports the Globe and Mail.

He was one of the province’s longest serving premiers with a tenure stretching from 2001 until 2011 when he resigned over the HST controversy. Since then, he has held the position of Canada’s High Commissioner to the United Kingdom, but his term in London will expire later this year if it is not renewed by Ottawa.

Campbell, now 67 years old, holds a close relationship with Prime Minister Stephen Harper – a relationship that first began when Campbell was the Premier. If he is selected as a candidate for the Vancouver riding, Campbell will become one of Harper’s main candidates for the federal Conservative Party’s attempt to extend their mandate into a fourth term.

The new riding of Vancouver Granville cuts off the edges of neighbouring Vancouver ridings, particularly the south end of Vancouver Centre where federal Liberal MP Hedy Fry has been exceedingly popular. It has helped her hold onto the riding since 1993. Vancouver Centre’s lost territory along the Central Broadway Corridor is replaced with a gain in area belonging to the NDP-friendly Vancouver East. 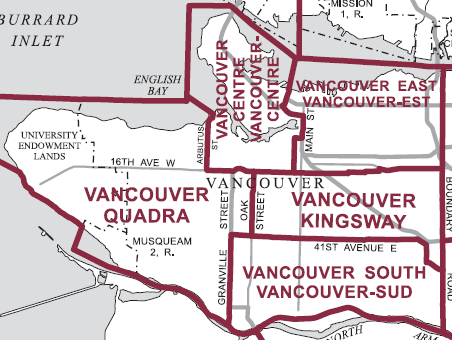 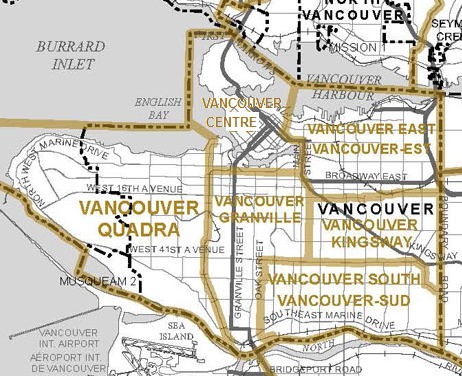