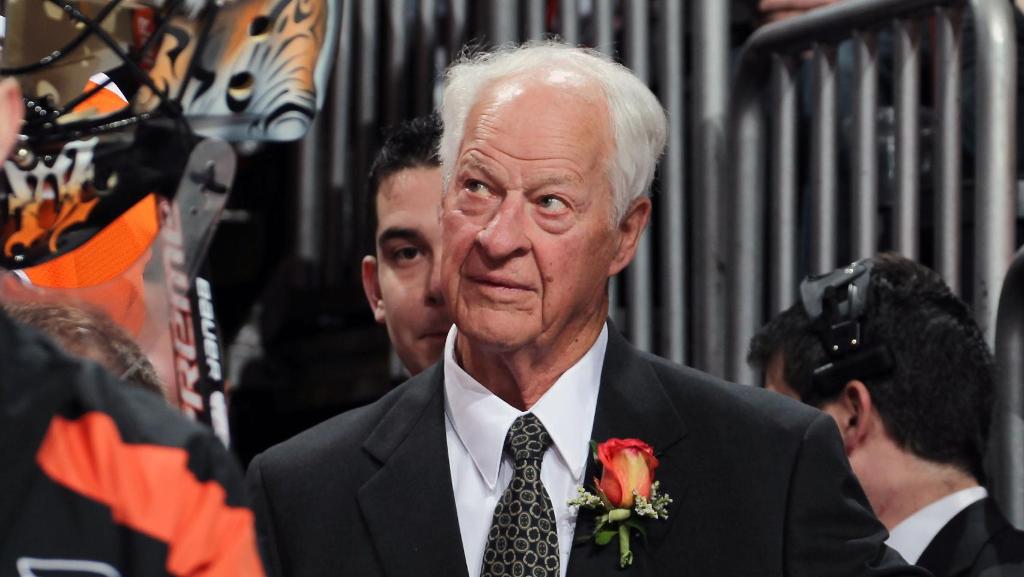 One of the greatest hockey players of all-time has passed away, as Gordie Howe is dead at the age of 88.

‘Mr. Hockey’ played more games than any player in NHL history, appearing in 1767 games. When he retired in 1980, he left the league as the all-time leader in goals, assists, and points. His records stood until Wayne Gretzky, who idolized Howe, broke them in the 1980s and 1990s.

Howe now ranks second in goals, ninth in assists, and 5th in points. He won the Art Ross Trophy as the NHL scoring leader and the Hart Trophy as league MVP six times each. He appeared in 23 All-Star Games and won the Stanley Cup four times.

Howe will forever be known for how he sustained his greatness for so many years. He finished in the top-5 in league points for 20 straight seasons.

Howe first retired in 1971, after a legendary 25 seasons with the Detroit Red Wings. Two years later, he came out of retirement to play in the WHA to play with his two teenage sons Mark (18) and Marty (19). Gordie scored 508 points in six WHA seasons. Howe rejoined the NHL after the merger with the WHA in 1979. He retired from the NHL a second time at the age of 52.

After his career, Gordie Howe became a part-owner of the Vancouver Giants.

“It’s a sad day for all of us with the Giants,” said Giants majority owner Ron Toigo in a team-released statement. “We felt honoured and privileged to have Gordie in our lives. We were fortunate to have had him involved with so many of our players who were able to meet him. He had a impact on everyone in our organization. It’s been a difficult period for us, losing both Pat and now Gordie in such a short period of time, and we’ll miss him a lot.”

In recent years Howe’s health deteriorated. He suffered a stroke in 2014 and battled dementia.

Howe was known for being a great player on the ice, but an even better person off the ice. He will be missed by many.