Neither trick nor treat, Goosebumps is a family horror comedy with only the bare minimum of scares and laughs.

Zach (Dylan Minnette) is the new kid in town, with a widowed mother and a weird aunt who’s crazy for bedazzling things. He’s only managed to make one new friend – the dweeby Champ (Ryan Lee) – and he’s developed a crush on the mysterious girl next door, Hannah (Odeya Rush).

Believing that he’s hearing screams coming from the neighbors’ house, Zach is propelled by his teenage hormones to race to the rescue of his damsel in distress. But Hannah isn’t in trouble. Everything inside is actually completely normal, minus the cabinet of books that Hannah’s overbearing father (Jack Black) has bound with locks.

Of course, those books aren’t going to stay closed for long, and when Zach busts one open he releases a monster that literally leaps off the pages. It turns out those secret books are original manuscripts of the “Goosebumps” kids’ novels, and Hannah’s dad is actually author R.L. Stine.

As Stine informs the kids, the nightmares in his novels are real and once they’re out, they have to be put back onto the pages from whence they came. 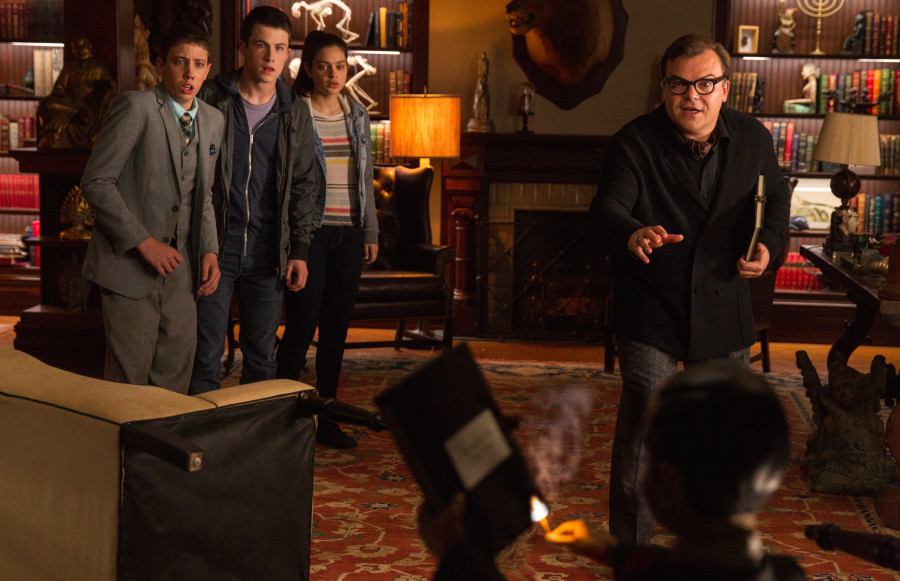 The new movie Goosebumps, based on the popular Scholastic book series, doesn’t seem as interested in scaring audiences as it is in giving them a razzle-dazzle frantic visual feast of effects. It’s at times more akin to a video game adventure than a horror movie, but it moves along quickly and harmlessly enough that it doesn’t feel like a total chore to sit through.

Goosebumps is neither a cinematic treat for the kids nor a brash trick on their adult accompaniments. It’s inoffensive and also unremarkable, but the overall charm of the cast and the visual wizardry on display elevate the proceedings to a level just barely above sub-standard.

The young cast does a formidable job at carrying the action from scene to scene, and even the antics of the requisite annoying dweeb sidekick are kept to a minimum. As the marquee draw above the title, Jack Black is sort of the perfect movie star to headline both fractured halves of a PG-rated “horror” “comedy” that wants to have its Halloween candy and eat it too; Black’s eyes twinkle with glints of mischief and mayhem while his plump, smiling cheeks beg for your grandma to pinch them.

It’s hard to envision “the kids today” being truly terrorized at night by the monsters that flood every frame of Goosebumps. The majority of the creatures that are unleashed look very obviously cartoon-y, which will likely prevent even the youngest of audience members from peeing themselves when the lights go dark.

When I was young, the trolls from Ernest Scared Stupid legitimately freaked me the hell out. It’s very difficult to imagine Goosebumps and its plethora of CG monsters inducing any nightmares, for better or worse. 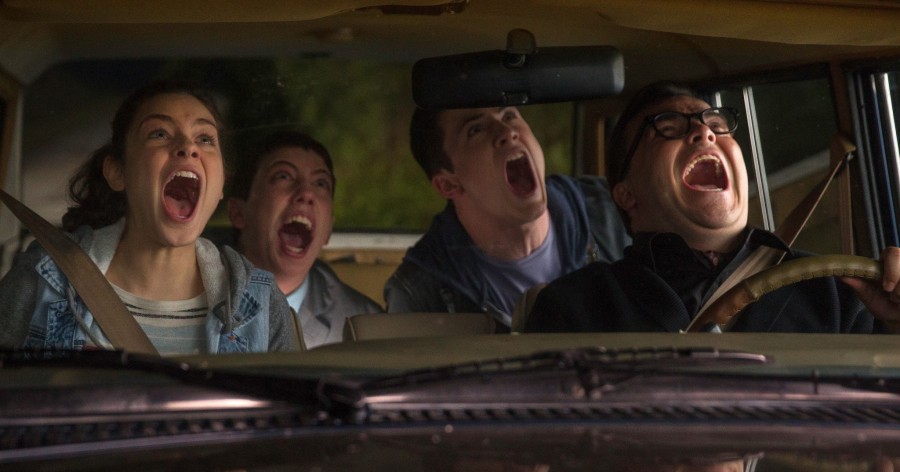 In keeping with the film’s analog themes, it’s apt that the most memorable and menacing character in the movie is brought to life via largely practical effects. You might not immediately recognize him, but even the most casual reader of the Goosebumps books in their heyday will know the name of one malicious ventriloquist dummy in particular: That evil, wooden bastard Slappy. As voiced by Black, Slappy gives every moment of his screentime a burst of malevolent energy.

If you can’t recall Slappy (the star of the “Night of the Living Dummy” books – both parts one and two) you need not be too worried. Titles like The Abominable Snowman of Pasadena and The Blob That Ate Everything get name-dropped at seemingly every available opportunity to ring some bells for you.

I was an avid reader of the series in my youth and part of the joy I found in Goosebumps was being reminded of old characters and stories I had long since forgotten about. But the movie isn’t so dependent on familiarization with the source material that it becomes off-putting. If anything, references to the books are treated only as nostalgic winks for those who might recognize them.

The film’s storytelling conceit is actually pretty clever. Instead of picking only one of the series’ 182 stories to pin this big screen adaptation on, the filmmakers instead chose to include all 182 stories.

With a screen story credited to Scott Alexander and Larry Karaszewski (of Ed Wood and Man on the Moon fame), it’s no surprise Goosebumps’ hook is a bit more off-kilter than the bland, safe pitch down the middle it could have been. But while the spark that ignites the movie is a bright one, the majority of the film’s technical and artistic merits are largely uninspired. Director Rob Letterman doesn’t do a bad job at handling the material, really, but a more daring and inventive filmmaker could have infused so much more liveliness into the proceedings.

For a movie that wants to inspire young viewers to dream bigger, Goosebumps ultimately finds itself too earthbound to break free as a potent bundle of originality. 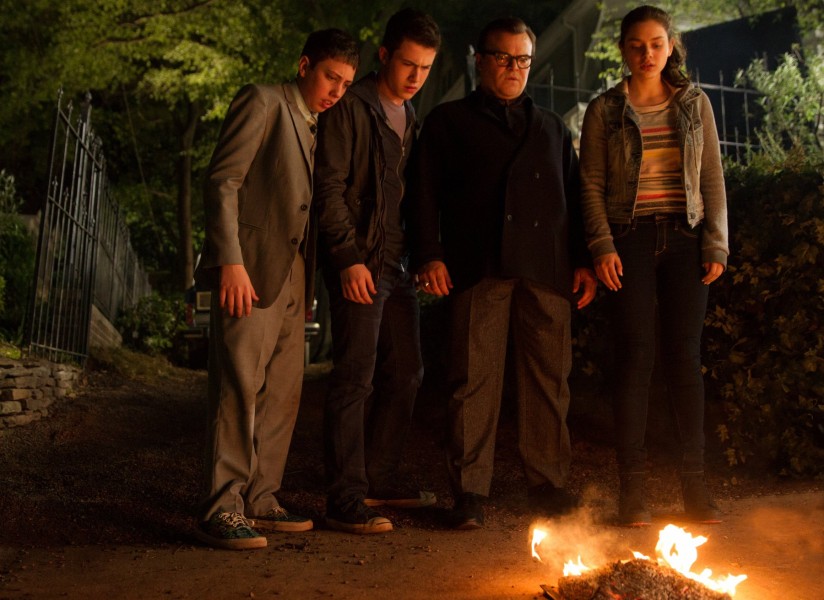 Who is this movie for? It maybe has too strong of an affinity for the past to be deemed hip enough for “the kids today”, and children of the ‘90s aren’t likely to be making date nights to catch a family film that doesn’t sport the Pixar brand.

It’s almost a shame that Goosebumps might not hit its groove in the marketplace because its ultimate message is a decidedly pure and earnest one. Beneath the CG wizardry lays a beating heart that longs for an analog past where imagination and dreaming reign over tablets and Facebook. A typewriter even becomes a major plot point, and one has to wonder if the thrill of the story will be completely lost on those too young to even know what a typewriter is.

Goosebumps’ insistence on carrying the torch for these ties to the past is sort of heartening, and a stronger film could perceivably inspire a new legion of fresh young minds to dive into creative writing. As it stands, the movie isn’t quite clever enough to light a fuse in anyone’s imagination, but it’s not bad enough to make you cringe with regret over exposing yourself and/or your children to it. It makes for a passable enough October night at the movies with your family, but it won’t be a new household Halloween classic either.