Google CEO Larry Page has announced some major changes within the company, and the web conglomerate as you know it might look pretty different.

The biggest change will be the introduction of Alphabet, an umbrella company of many Google-related ventures that will allow better organization and housing of things that are “far-left afield” of their main internet products. Page cites Life Sciences, Calico, and their drone delivery company Wing as a few examples. 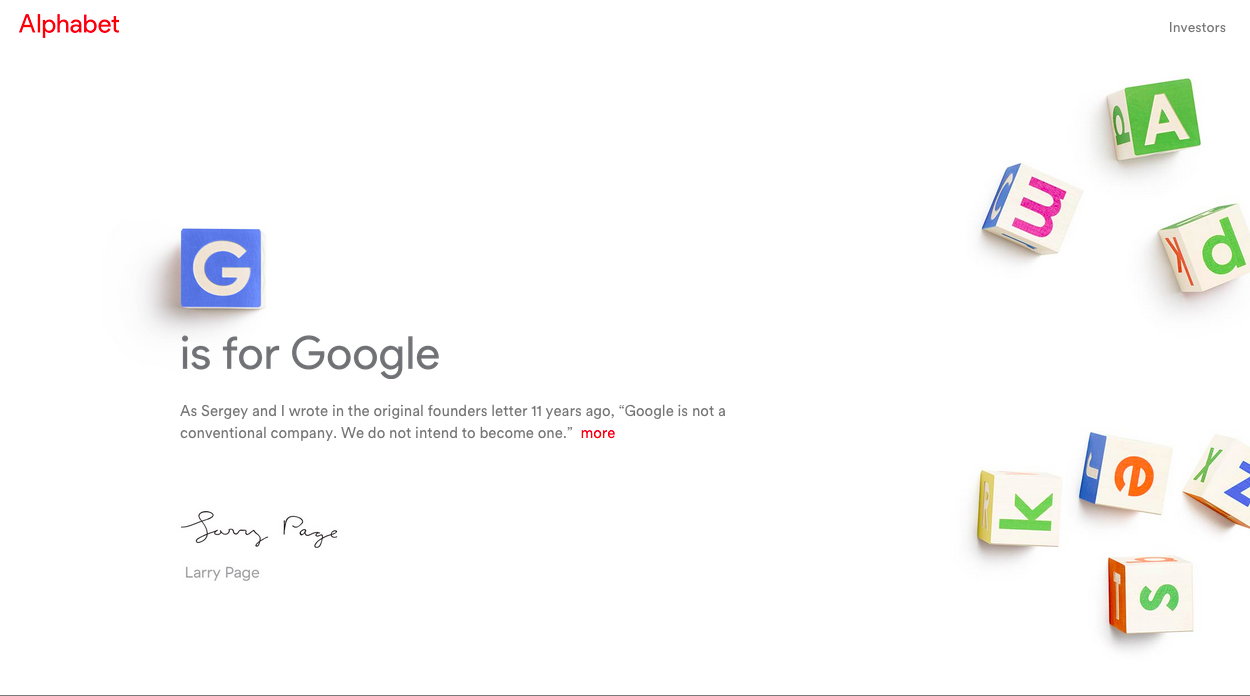 “Fundamentally, we believe this allows us more management scale, as we can run things independently that aren’t very related. Alphabet is about businesses prospering through strong leaders and independence,” said Page in his blog post.

As such, Page and business partner Sergey Brin will become CEO and President of Alphabet respectively. Each Google company will now have its own CEO.

Sundar Pichai, who oversaw product and engineering responsibility for all Google businesses will be the new CEO of Google.

Page adds he wants each Alphabet company to develop their own brands and have more independence. Alphabet Inc. will replace Google Inc. as the publicly traded entity.