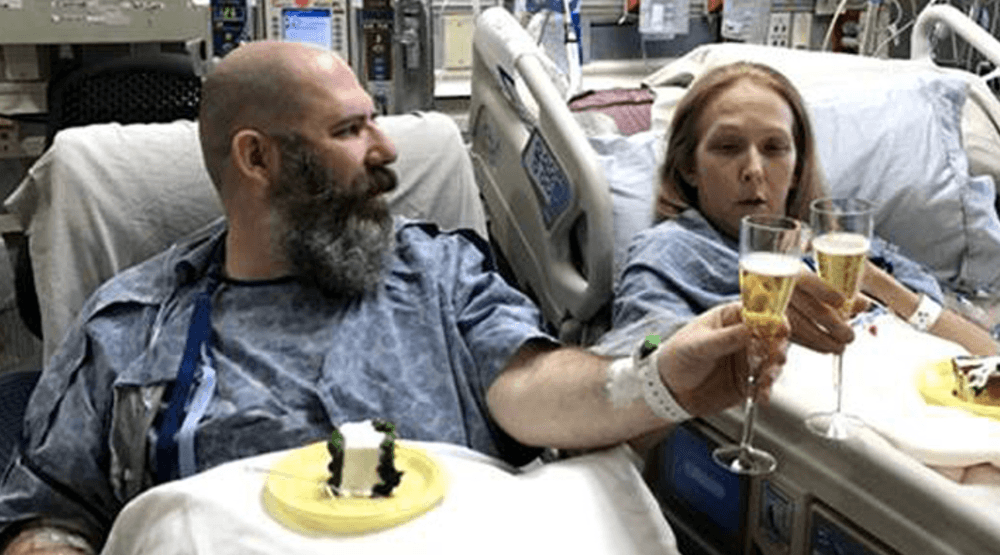 “This is your home. You are welcomed, and you are supported.”

Those are the words of a 16-year-old Toronto high school student, sent to the Islamic Information And Dawah Center.

Like many Canadians, Ilyas Ally shared his story and emotions about Sunday night’s shooting in a Quebec City mosque on Facebook. His message was one of hope, encouragement, and acceptance. His kind words have hit a note with Canadians and have been spreading on social media.

This little girl befriended a three-day-old orphan baby cow and the pair make the cutest pals ever. They even celebrated their friendship with an adorable photo shoot.

3. Canadian zoos face off in the cutest Twitter battle ever

It seems like the world has been filled with bad news lately, but this story is guaranteed to make your day at least a little better.

The #CuteAnimalTweetOff is taking the social media world by storm, and Canada’s zoos are joining in on the epic online battle. It all started as a friendly match between the Smithsonian’s National Zoo in Washington, D.C., and the Virginia Aquarium, as both were determined to show off their cutest animals.

Soon enough, zoos and aquariums from around the world, including the Vancouver Aquarium, Toronto Zoo, and the Calgary Zoo, were hot on the Twitter trail to show off their cutest inhabitants.

4. Teacher creates secret handshake with all 40 of his students

Barry White Junior is a fifth-grade teacher in North Carolina. In order to connect with his students, he created a personalized secret handshake for all 40 of them.

“The most critical component is the relationship, the rapport you build with your students because sometimes it can go underrated or overlooked,” White told WCNC. “Before I’m able to deliver a substantial amount of content to them, they have to invest in the teacher.”

5. Dalmation tries to stop best from going to school every day

This Dalmatian gets really sad when its owner leaves for school everyday. Talk about man’s best friend.

6. Synagogue opens doors to Muslims after mosque burns down in Texas town

Jewish people gave Muslims the key to their synagogue after the town’s mosque burned down https://t.co/8PFKao8bzU

A synagogue in a small Texas town opened its doors to a Muslim congregation after the local mosque, the Victoria Islamic Centre, was destroyed in a fire on Saturday. In response, the town’s Jewish community welcomed the mosque-goers so they could have a place to pray while their place of worship gets rebuilt.

7. Dog freed from 15 years of being chained in backyard

This dog was kept chained for 15 years and was only recently rescued and freed from his chains. After being set free, Bear finally got to see the beach for the first time.

Finn the Dachshund was overjoyed after being reunited with his favourite pig toy after it went missing for five years. The reunion was caught on camera and it is definitely a very cute moment.