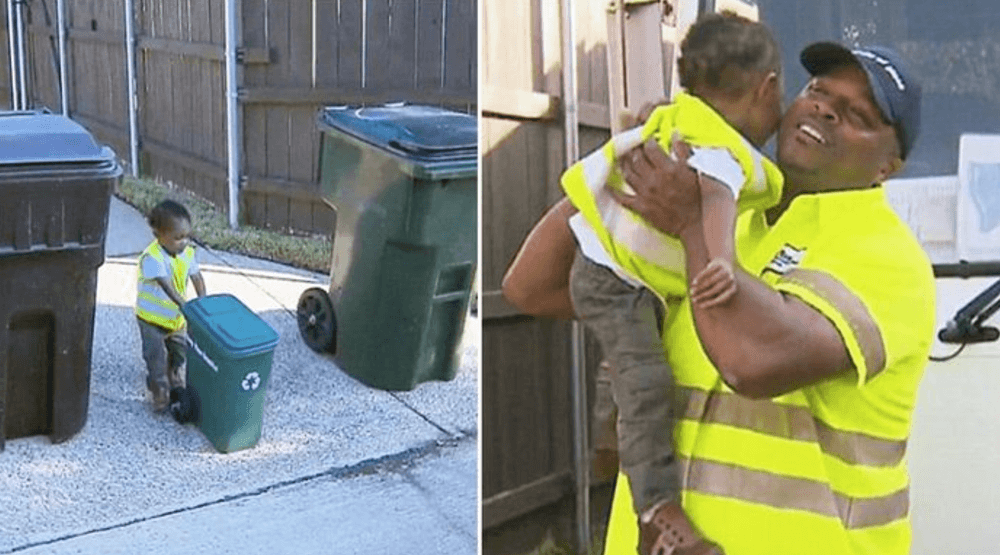 With American Thanksgiving coming up, our neighbours down south are getting ready for some family time and turkey. One Arizona grandmother, who goes by “Wanda,” meant to text her grandson to invite him to dinner but she text the wrong person by accident. That person ended up being Jamal Hinton who said he was in class when he got a random text message. When he replied back asking who it was, the person messaged back “it’s your grandma.” Hinton was really confused and asked the person to send him a picture to make sure his grandma did not get a new number. When he got the picture, he saw it that it was definitely not his grandma. When him and Wanda both realized their confusion, they laughed it off and she still extended the invitation. “I thought, ‘Wow, this lady is really nice,'” Hinton said. “Any other person would probably blow me off, and be like, ‘No, never text my number again,’ but she was actually pretty nice and sweet about it.”

2. Woman pays all shelter fees until 2017 so pets can find forever homes

Kim Pacini-Haunch of California is making sure that every animal at Sacramento’s Front Street Animal Shelter has a home by the new year. Pacini-Haunch says she will pay all shelter fees to make sure the animals get adopted. Once the shelter posted her offer, 250 people were waiting in line to adopt an animal.

Tila Levi had her back turned away from her 11-month-old baby while she was trying to get her kids to bed in her Florida home. But little did she know, her baby would crawl off the changing table and plunge for a dangerous fall. Luckily, Levi’s nine-year-old son, Joseph, was able to run over and save his brother just in time from hurting himself. The dramatic moment was caught on camera. 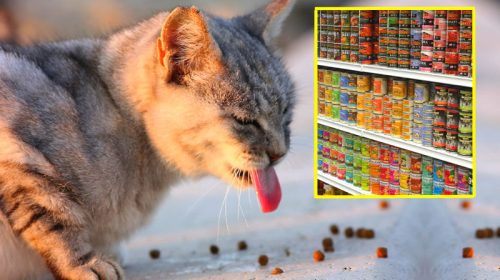 A Los Angeles cat named Tara has been awarded a lifetime supply of cat food after the feline saved its six-year-old owner from a dog attack. The little boy was riding his bike outside of his family home when the dog ran out and attacked him. The cat came sprinting over and pounced on the dog forcing him away from the boy. The dramatic moment was caught on camera and when a local pet store saw the footage, the decided to award Tara with food for the rest of her life.

Two-year-old Texas toddler Lance Rufus loves his local garbage man James Jackson. In fact, Lance loves Jackson so much that he wants to be just like him when he grows up. “It’s like, Lance is eating breakfast, he hears it, he stops, and says, ‘Garbage truck!’ We have to get him out of the high chair and run to the back,” said the boy’s mother. Recently, a local news crew caught Lance waiting outside of his house for Jackson with a tiny recycling bin and it made for the cutest moment ever.

Summer Ginn was on her way to drop her two-year-old daughter Raelyn off at school when the car they were in spun out of control into two lanes of traffic. “They told me I hit four trees and a mailbox, but my memory gets hazy right before I ran off the road,” Ginn said. Raelyn has autism and was very frightened. But the firefighters who came to the scene wanted to make sure the little girl was comforted and they sang to her during the rescue. “Knowing my child was safe and not in pain allowed me to take another breath,” Ginn told reporters.

Torontonian Salma Hamidi was waiting for the subway on Remembrance Day when she experienced a moment of unforgettable kindness. In a Facebook post, Hamidi said that a distressed Latino man boarded the train. The Russian passenger next to him asked him what was wrong and the Latino man said that he had a horrible headache. The Russian man offered his seatmate an Advil, but he declined, saying he had nothing to take with it.

“The Middle Eastern woman sitting beside me wearing [a] hijab, took out a juice box from her kid’s backpack and gave it to him, telling him that if he takes it now he’ll feel better by the time he gets to the interview,” Hamidi wrote in a Facebook post. Others on the train took notice and all began trying to help the man prepare for his interview. “Now if THIS isn’t the ultimate Canadian experience short of a beaver walking into a bar holding a jar of maple syrup, I don’t know what is!” she wrote in her post, which has since gone viral.

A mystery man in Fort Worth, Texas, was feeling extra generous this week and decided to hand out $100 bills to workers at a McDonald’s restaurant. The man is apparently a regular customer and began by handing out money to the employee at the cash register without ordering anything on the menu. She responded by bursting out in tears. Before he exited the store, the man left 33 more $100 bills for the other employees who were not even working that day.

9. Dog does the mannequin challenge better than any human

We know it’s been a long week. So here is a video of a dog perfectly mastering the Mannequin Challenge. We think it will make your day at least a tiny bit better.