1. Autistic boy supported by strangers when no one showed up to his birthday party 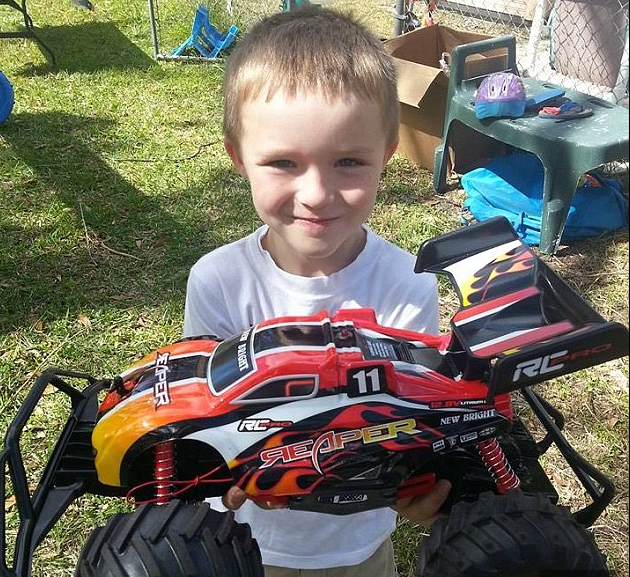 Like any 6-year-old, Glen Buratti was looking forward to his upcoming birthday party. However, his excitement was brought to a halt when his mother, Ashlee, told him that no one RSVP’d for the celebration. “To see the look on his face killed me inside,” she told WKMG. Ashlee took took to a Facebook group to vent about the hurtful actions of the invited guests. “I know this might be something silly to rant about, but my heart is breaking for my son. We invited his whole class (16 kids) over for his 6th birthday party today. Not one kid came,” she wrote.

Shortly after the message was posted, support for Glen came pouring in as strangers brought him gifts inorder to make his birthday special. The local police station also came across the Facebook post and sent a helicopter to fly over the party and collected donations to buy Glen presents. “The amazingness of everybody coming together for someone that they didn’t even know, a kid that didn’t have anybody come to his birthday party —it warmed my heart,” Buratti told reporters.

2. Girl writes to DC Comics to request for more female super heroes and DC responds by turning her into one 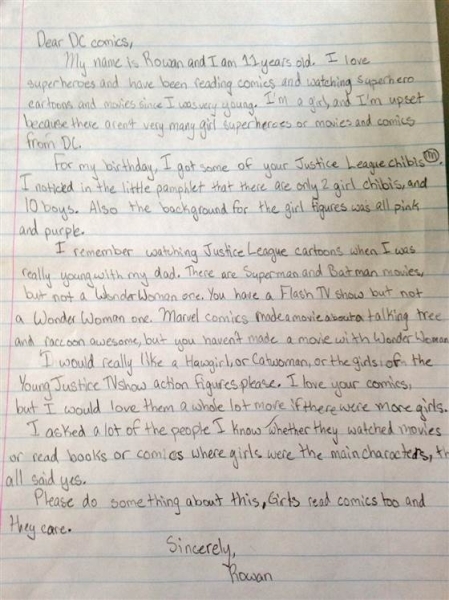 As a lover of comics, 11-year-old Rowan Hansen was excited to receive a set of Justice League superhero action figures for her birthday. However, she was upset to see that only two action figures in the set of 12 were female. She decided to take action and wrote a letter to DC Comics expressing her concerns about the lack of females in the superhero world. “You have a Flash TV show but not a Wonder Woman one. Marvel Comics made a movie about a talking tree and raccoon awesome, but you haven’t made a Wonder Woman movie,” Rowan wrote. Rowan’s father shared a copy of the letter online, and it went viral. Soon after, DC responded by creating a superhero inspired by Rowan, which was featured on a segment of the Today Show. Read More

3. Chelsea Football fans rally together to support victim of a racial attack 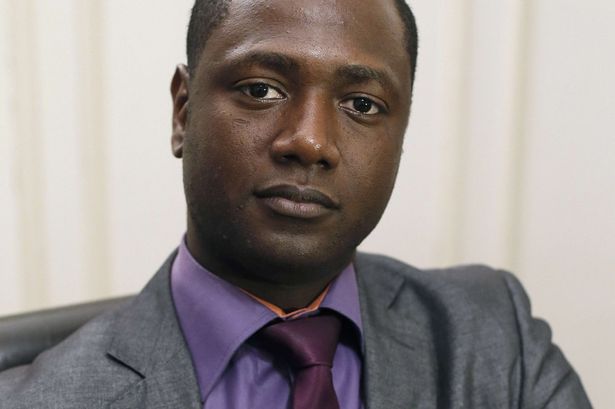 Souleymane S was victim to an abusive  racial attack made by a group of Chelsea Football fans at a Paris Metro station two weeks ago. Now, supporters of the football club who were outraged by the attack are rallying together in support of Souleyamane. They have decided to raise money for him and his family to take an all-expenses paid  trip to Stamford Bridge, England, so they can meet “real” Chelsea fans. The event organizer, Caroline Rice, told reporters that she was “shocked and horrified by the racist event.” She hopes to collect $4,000 for Souleymane and his family. Read More 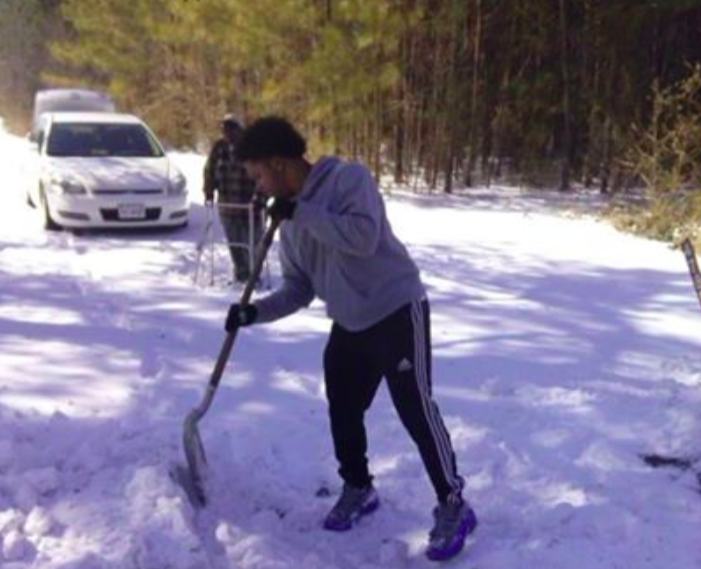 Tommy Adams was driving with his mother, Teresa, when he suddenly asked her to stop the car. As Tommy hopped out of the vehicle, Teresa was confused, but what her son did next was heart warming. Tommy had spotted an elderly man with a walker having trouble shovelling snow off the drive way, so he asked his mother to stop so he could help the man. “I try to do good for the elderly because one day I may need help, too,” Adams told reporters. Read More

5. Dachshund comes to the rescue and helps save a St. Bernard

Razor the dachshund is being haled hailed a hero after saving his much larger pal, Jazzy- a 180 pound St. Bernard. On Sunday, the dogs’ owner, Tim Chavez, had to rush to work not realizing that Razor was trying to alert him of Jazzy’s disappearance. Razor then ran through a nearby field to an irrigation ditch. A passerby followed Razor to the ditch, where Jazzy was found stuck two feet into the mud. Rescue workers were called and pulled the big dog out of the ditch. “It really means a lot. You don’t really realize how attached you are to your pets until something like this happens,” Chavez said. 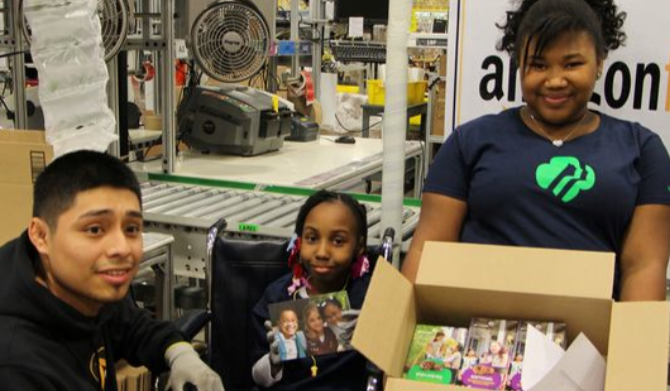 Sinai Miller was on her way to deliver girl scout cookies in her neighbourhood when she was shot in the leg. The 9-year-old Indiana girl sustained minor injuries and was not able to sell her cookies during her recovery process. The Girl Scouts of Central Indiana set up an online cookie drive help Sinai achieve her cookie sales goals. People from all over the US responded and Sinai received 2,000 sales on the first day of the online campaign. Proceeds from the sales will go towards a trip for the Girl Guides later this year. “Sinai’s never been outside of Indianapolis, and so she’s really excited about maybe being able to take her whole troop of about 15 Girl Scouts somewhere, on a trip,” Girls Scouts of Central Indiana spokeswoman Deana Potter told the Associated Press. 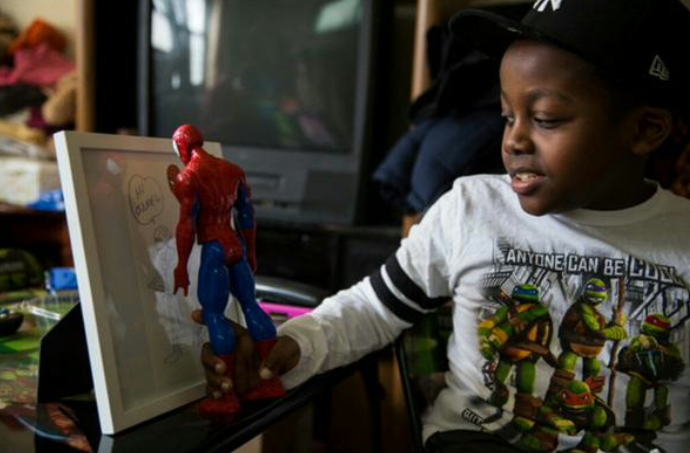 Jamel Hunter loves Spider-Man and for his upcoming eighth birthday his mother, Phyllis Atwood, wanted to make sure her son’s party reflected his  love for the superhero.  Jamel also suffers from autism and has gone through his fair share of setbacks, so Phyllis wanted to make his day extra special. She pulled together all her resources to make sure the party was fully Spider-Man themed, and a reporter was even in attendance.

The writer was working on a piece about Jamel and The New York Times Neediest Cases Fund. The piece was published and Stan Lee, one of the co-creaters of Spiderman and many other Marvel comic book heroes, took notice. He decided to give Jamel a personal gift, and sent the boy an original Spider-Man drawing. The framed picture now sits in Jamel’s East Harlem apartment, and he now has a piece of Spider-Man history to keep forever. Read More

8. Men in Turkey take to the streets in skirts to support women’s rights 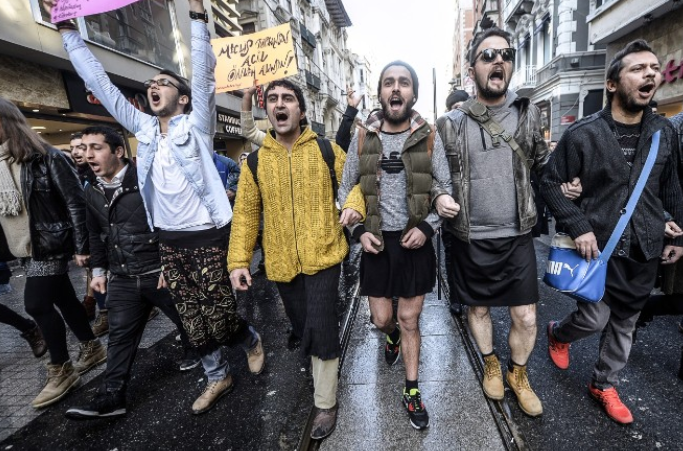 After the horrible rape and murder of  Turkish woman, Ozgecan Aslan, made headlines in the nation, the story took social media by storm. The hashtag #OzgecanAslan started discussions on Twitter about women’s rights in Turkey. Men in the country decided to march the streets wearing skirts to make a statement about how women’s clothing choices are not an excuse for assault or rape. “[The miniskirt protest is] small but I think the symbolic meaning is very good,” prominent Turkish lawyer and activist Hulya Gulbaha told CNN. Read More

9. Man will be able to see his wife for the first time in a decade, with the help of a bionic eye

Ten years ago, Allen Zderared lost his vision, but with the help of a bionic eye the Minnesota man has regained his site. For the first time in years, Zderared was able to see his wife, and it was caught on camera. Needless to say, it may be the most heartwarming thing you have seen all day.