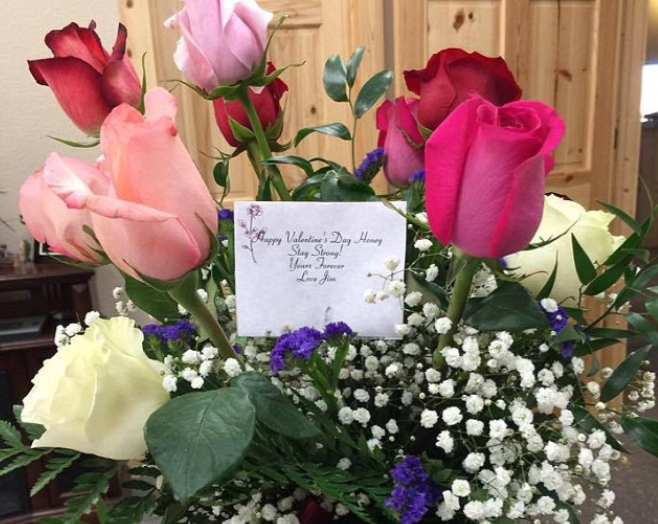 Last year, Jim Golay was diagnosed with a brain tumour and only had months to live. Before he passed away, he knew that he wanted to make sure his wife, Shelley, would receive flowers every Valentine’s Day. He called the local flower shop and arranged for flowers to be delivered to Shelley every February 14, for the rest of her life. “Until the day I die I’ll get Valentine’s flowers on Valentine’s Day and that’s just a testament of his love all over again,” Shelley told reporters.

2. Oldest man in Australia helps penguins by knitting them sweaters 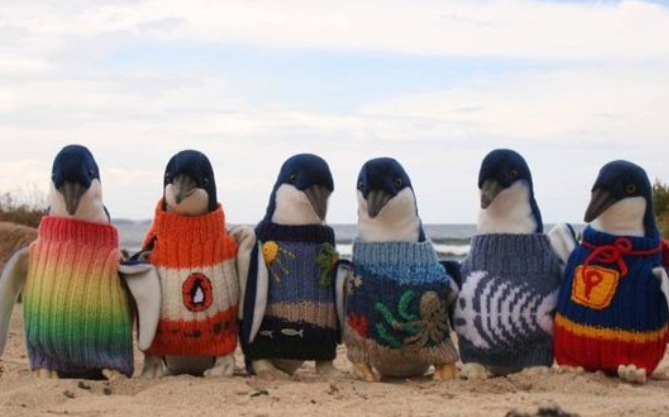 Alfred Date is not your average senior. At 109 years old, he is Australia’s oldest man and he has been making headlines for his efforts to help wildlife. He volunteers for the “Knits for Nature” program, in which tiny wool sweaters are knitted for penguins to keep them warm in case of an oil spill. Date was taught to knit almost 80 years ago and the skill has stuck with him ever since. He also spends time knitting jumpers for premature babies and scarves for friends. Read More

3. Over 70,000 Valentines sent to sick kids in Atlanta hospital 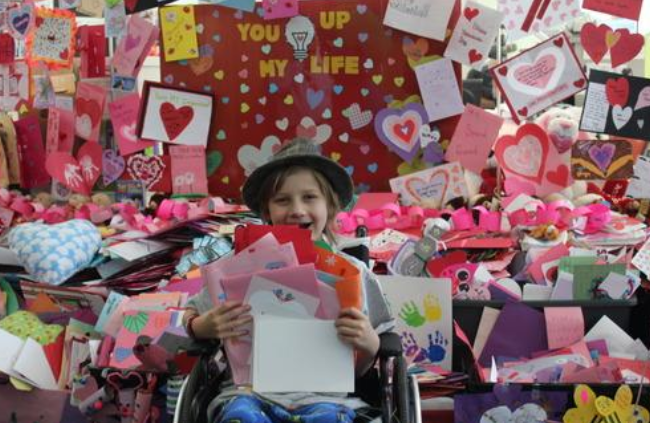 The 54 kids being treated for serious cardiac problems at Children’s Healthcare of Atlanta, were in for a huge surprise this Valentine’s Day as they received over 70,000 Valentines. The kids were too sick to return home for the holiday and spend it with their loved ones, but the beautiful handmade cards brightened their day. Each card came with a handwritten note inside with words of encouragement such as, “You inspire me to be strong,” and  “You are loved!” The cards left both the children and their parents speechless. “It’s the most… I don’t know what to say,” said Scott Reese, the father of a young patient. “You can tell as soon as they come around the corner and see the stuff, it puts a smile on their faces. It’s really exciting to see that,” he told Yahoo News. Read More 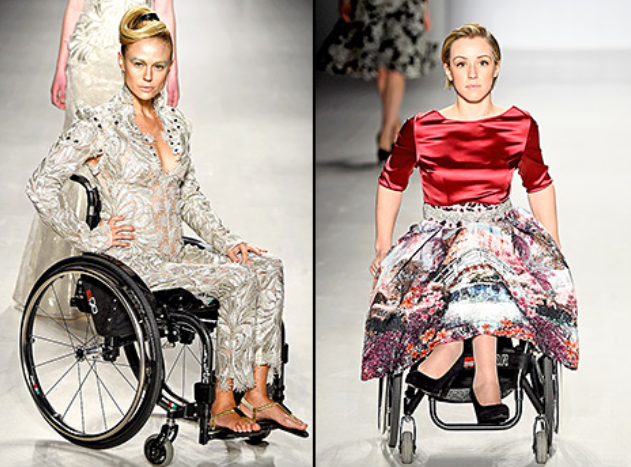 This year, one Italian fashion company chose to appreciate all abilities and body types during their runway show at Mercedes-Benz New York Fashion Week. FTL MODA partnered with Fondazione Vertical, an Italian research organization for spinal cord injuries, and featured disabled models in their fashion show on Sunday. The models were from all over the world and had various disabilities; some were in wheel chairs, while others were amputees. The show was one of a kind, as it highlighted how fashion can be inclusive and beautiful for people with differing abilities. Read More

5. South Sudanese man gets the chance to fly 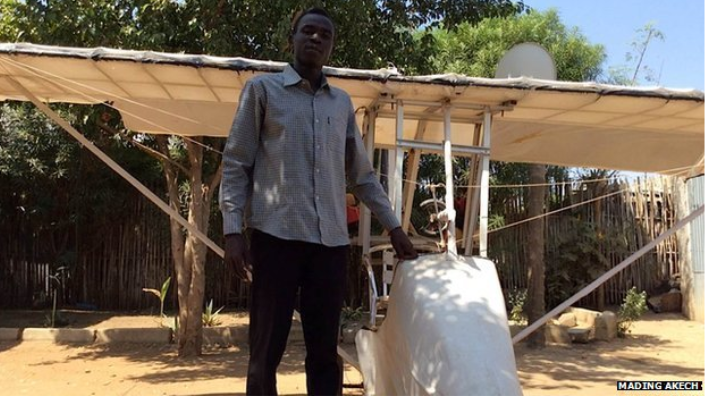 George Mel has dreamed about being an aeronautic engineer ever since he was a little boy. Now, his dream coming true. The 23-year-old who lives in Juba, South Sudan, has faced his fair share of personal setbacks. He wanted to learn as much as possible about aviation, and ended up going to school in Uganda. However, in 2011 his father died forcing him to leave school and come home. Despite his tragic loss, Mel was determined to continue working towards his dream and he decided to build his own plane. He searched all over the city for the parts needed and built an aluminum airframe. For the pilot’s seat, Mel used a garden chair.

In 2013, South Sudan was plagued with a violent civil war, but Mel continued to build. “I didn’t stop my project. I kept on doing it in my research centre. I just locked myself inside, and did my work,” he told BBC. Once Mel was done, he took his plane to the South Sudan Airforce. His hard work and determination paid off as he was offered a job in their IT department. He is hoping to get a scholarship to attend university abroad to continue his aeronautical engineering career. Read More

6. Tortured Orangutan is rehabilitated and receives a second chance at life 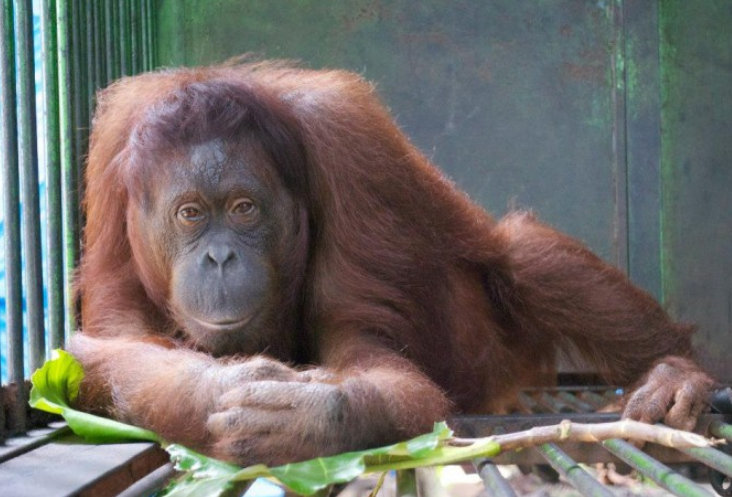 Pingky the Orangutan is getting a second chance at life. The ape had been chained by the neck, and forced to live on a diet of junk food and sugary drinks for 13 years. Thankfully, the International Animal Rescue Orangutan Rehabilitation Centre was able to save Pingky and rehabilitate him back to health. Pingky is expected to be released into protected areas of forest very soon, where he will be able to live freely and happily.

7. Woman donates her kidney to a stranger, and now they are engaged

At only 25 years old, Danny Robinson of Kentucky was on dialysis almost everyday and was in dire need of a kidney transplant. After hearing his story, Ashley McIntyre wanted to help him and decided to reach out and see if she could be a donor. It turns out that her kidney was a match for Robinson. The two met before the procedure and their personalities were a match too. The couple clicked instantly and now they are engaged and planning their lives together. Read More

8. Man writes love letter to his wife everyday for 40 years 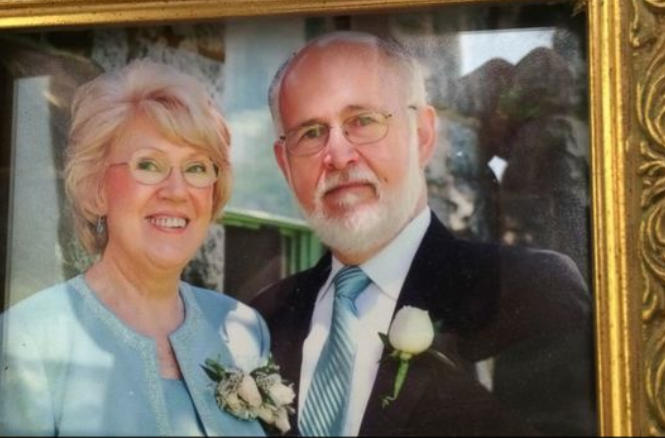 Since the day he got married, Bill Bresnan has made it his goal to show his wife, Kirsten, how much he loves her. In order to do so, the 74-year-old has written Kirsten a lover letter every day for the past 40 years. The love letters began as tiny notes scribbled on scrap paper or napkins, but they have turned into a ritual for Bill who always signs his letter with “I love you my daring,” followed by an infinity sign. Even when Bill has gone away, he has planned ahead to make sure a card gets to Kirsten. She now has a collection of over 10,000 love letters which are filed chronologically into 25 boxes. The New Jersey couple still finds little ways to make each other feel special, whether its playing a board game at breakfast, or having a spontaneous candle lit dinner.

Bresnan hopes his display of love for his wife can also inspire young people. “I see youngsters at restaurants sitting across from each other buried in their screens but never talking or looking at each other,” Bresnan told ABC News. “I want them to enjoy the time they have with each other and treasure it.” Read More

9. Brazilian hospital breaks the rules in order to allow dying woman to see her dog 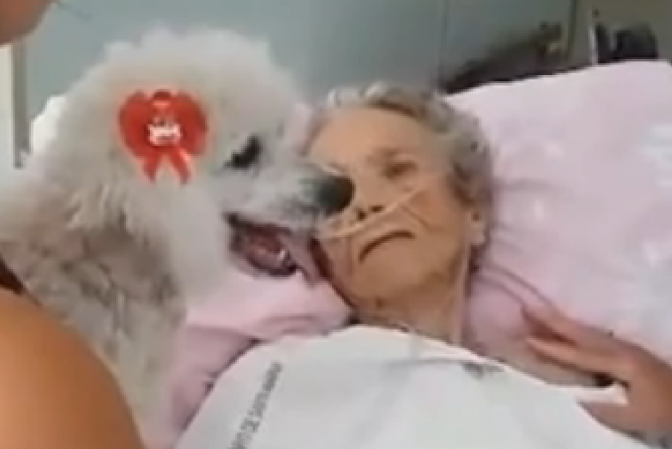 Eighty-year-old Maria Teresinha Prieto Flores was admitted into Santa Maria University Hospital in Brazil, with severe terminal lung cancer. Flores had no children or family of her own and spent the past eight years happily living with her dog and best friend, Pink. During her hospitalization Flores was heartbroken she could not see Pink due to the hospital’s strict no pet policy. However, that rule changed, as the facility decided to allow Pink to visit her beloved owner. The pair were reunited and Pink was able to give Flores one last kiss before she peacefully passed away a few days after the dog’s visit.