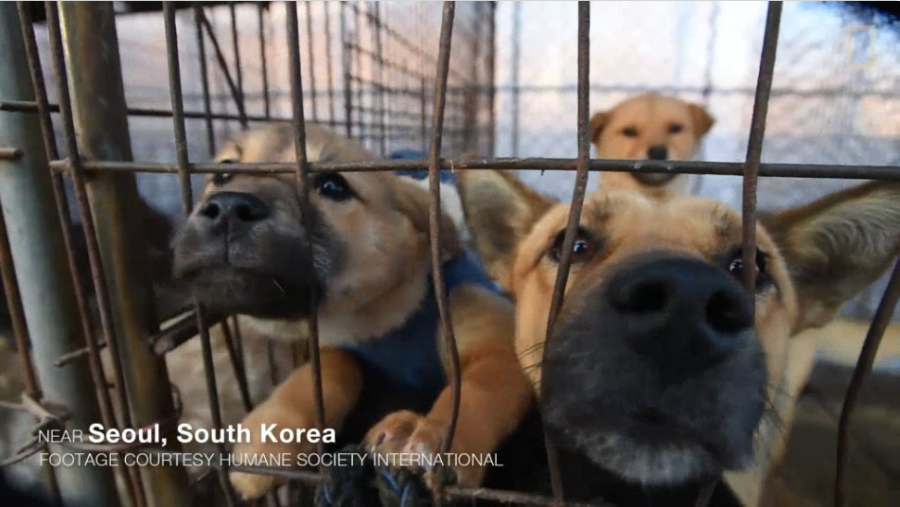 At the end of last year, 23 dogs that were headed to a dog meat farm outside of Seoul were rescued. Last week, 11 of the 23 arrived in Virginia, a first step in their journey to adoption with the remaining dogs to follow shortly. The group Humane Society International arranged the rescue by working with a South Korean farmer to stop his participation in the dog meat trade. The man agreed to grow crops as a more humane way of making a living, according to the group. Read more After winning the grand prize $150,000 from a CapitalOne #WishForOthers contest, third grade Boston teacher Nicole Bollerman donated her entire winnings to her school. “My #wishforothers is that my voracious, adorable, hardworking, loving scholars all leave for their December break with a book in their hand,” she wrote in her winning entry. The win also funded three books per student, which Bollerman handpicked herself. Last week, Bollerman was honoured by her school for her generous donation. Read more

3. Strangers in Hawaii come together to save three struggling swimmers

After three people got caught in rough waters about 30 yards off Kauapea Beach on the Hawaiian island of Kauai last week, a dozen quick-thinking onlookers came together to form a human chain from the water to the shore. The group was able to rescue two people, and firefighters who arrived shortly were able to save the remaining swimmer. Everyone is expected to recover completely. Read more

Following in the steps of The Gap, Banana Republic, Cheerios and The Knot, jewelry brand Tiffany & Co. is the latest brand to feature a same-sex couple in its advertising. Last weekend, they released a new campaign consisting of black-and-white photographs of different couples, with the tagline “Will You?” According to the company, the men in the above photo are a real-life couple. The ads received an overwhelmingly positive response on social media, and people are hopeful that such campaigns will soon become commonplace. Read more

5. Dog finds home after being overlooked by 14,000 people 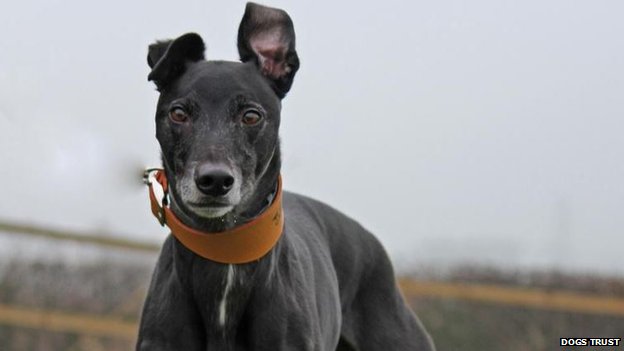 Jed is a seven-year old lurcher that has been with the Dogs Trust in Sadberge, Darlington on and off since he was four months old. Over the years, however, he kept getting returned to the shelter due to changing circumstances with every family. Recently, he finally found a ‘forever home’ with a couple after an appeal on the BBC website. They said he was settling in “really well” with the family and they “absolutely adore him”. Read more

6. Augusta boy gets new prosthetic arm from the 501st

Last week, seven-year old Liam Porter got his new arm as part of an international effort to harness new technology to help those who need prosthetics they otherwise couldn’t get. Porter was just leaving a movie with his friends when he was surprised by Imperial Stormtroopers and led to a private section of the theatre, where he was presented with a 3D printed prosthetic arm that looked like a Clone Trooper arm! Read more Over the past week, Australians were urged to donate or sew mittens for koalas whose paws were burnt in the nation’s recent wildfires. Since then, thousands of mittens have been sent from all of over the world, from the United Kingdom to the United States and Russia. “We’re now getting offers from as far afield as Kazakhstan, China… We are so touched by the kind-heartedness of people all around the world,” Ms Sharrad from the International Fund for Animal Welfare said. For those still keen to help, the group has asked for pouches for orphaned kangaroos and wallabies that will likely be coming in and need a warm, pouch-like environment. Read more

Last Thursday, RCMP dog handler Sgt. Derek King was off-duty when he saw flames at a home in Surrey, BC while he was out for a walk. He knocked on the front door and an elderly lady managed to get to it and tell him that her two-year-old granddaughter was trapped inside. Fighting through the smoke, King was able to hear the child crying and rescue the toddler. Read more

In an emotional but peaceful day, 3.7 million people – including world leaders – showed their solidarity in the face of terror by marching in anti-terrorism rallies in Paris and elsewhere in France on Sunday. The march was the largest gathering in France’s history, and comes as an inspirational gesture of unity just days after the country suffered through three days of attacks. More people are expected to join similar marches across the world this week. Read more