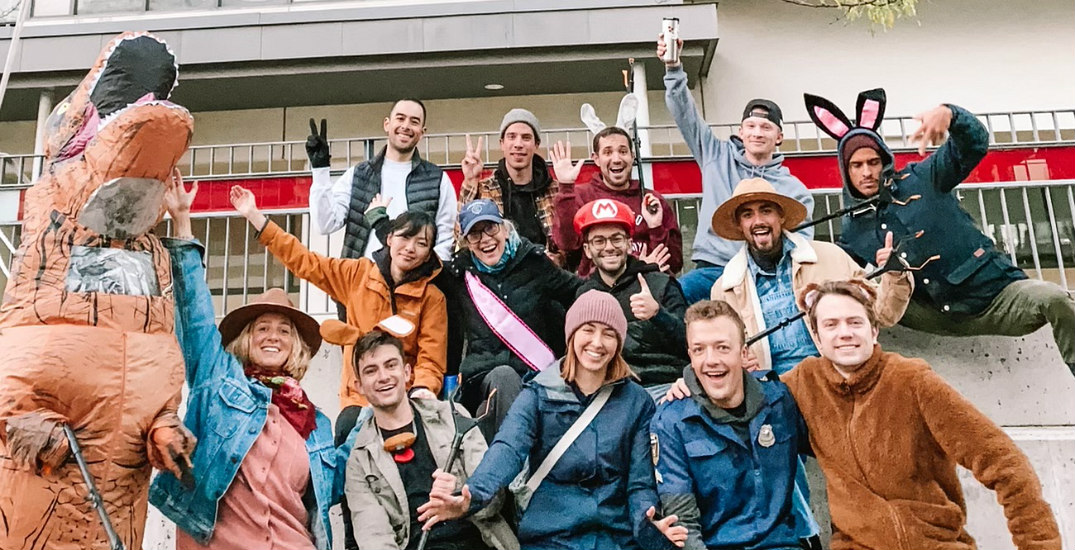 It’s 6:45 am on a Thursday fall morning, and the streets of midtown Toronto are just starting to stir, people rushing to their recently reopened gyms or taking impatient pooches for a predawn lap around the block.

But for Andrew Chalmers, founder of the Toronto Garbage Picking Club, this dark morning is one he brightly anticipates all week. Standing on the bleachers at the field of the North Toronto High School, his iPhone blasting upbeat “pickers music” as he welcomes fellow cleaning comrades to complimentary coffee and a giddy amount of enthusiasm, genuinely in awe they have chosen to attend his club over more sleep.

Once everyone has assembled (attendance has ranged from two to 20 people), he reads the club statement, which includes the following: “For the next 45 minutes, we will pick up trash wherever we can find. There is no right way to do it, not too little garbage picked or too much. Stay with the group or go it alone; this is your time to take responsibility and control of yourself and your life.” 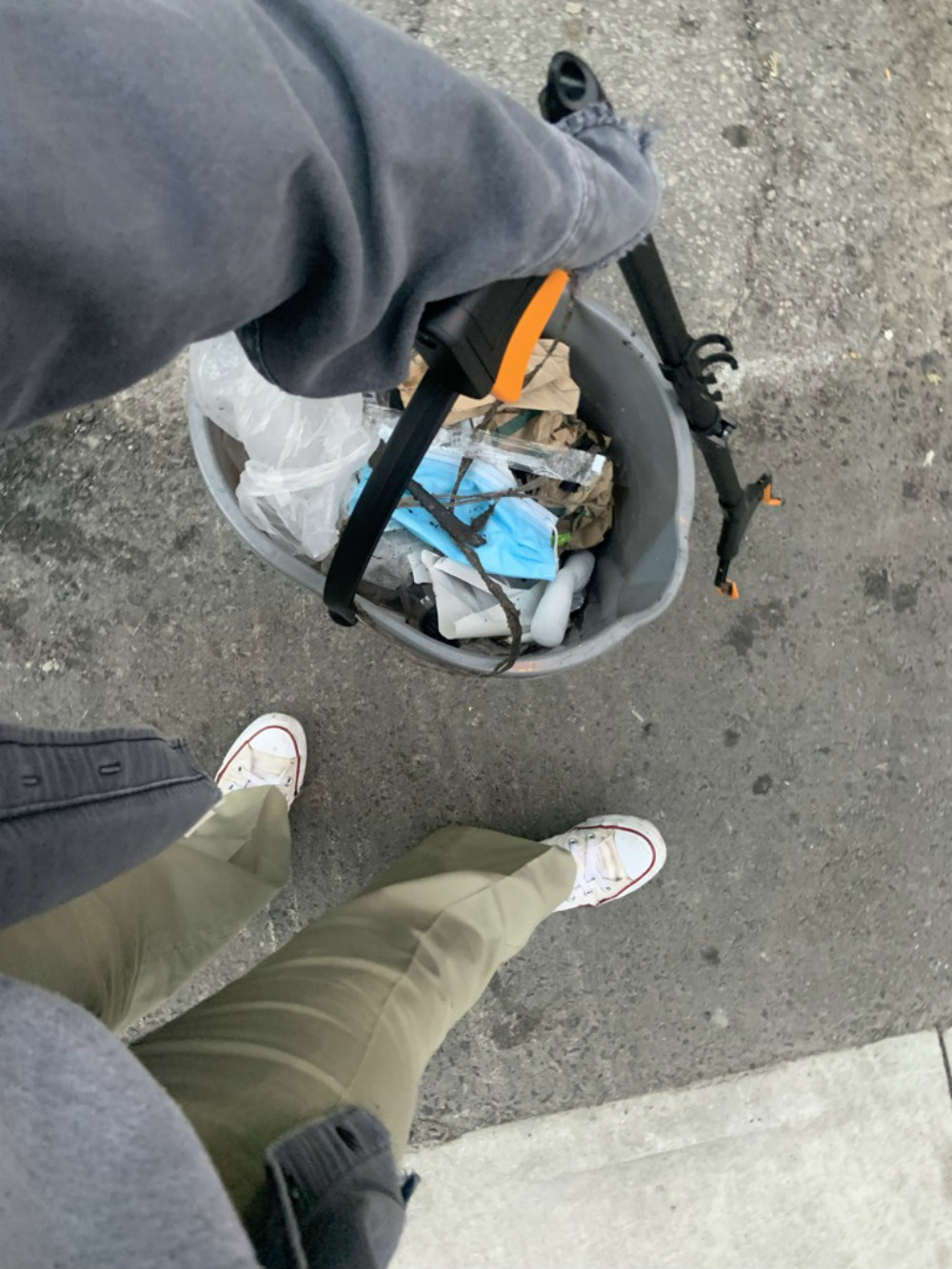 The crew claps and cheers as each person grabs a club-provided garbage picker and bucket before commencing the 45-minute litter-excising excursion through the nearby streets. It doesn’t take long to fill the buckets, with cigarette butts and used coffee cups the most frequent offenders, and the group slows down as a few members help each other deposit their discards in the proper refuge receptacle.

There’s lots of laughter and conversation, and before you realize it, the sun is up, and so are the 45 minutes. A group photo is taken, the last of the free coffee is consumed, and the team disperses, feeling productive and prepared to tackle whatever challenges the day may bring. This sense of accomplishment and purpose is why 28-year-old Chalmers originally turned to the activity of garbage picking.

“Life is hard, and when coping, I would sometimes make the wrong choices. I had been in a few 12-step programs and had seen different therapists in order to learn strategies to improve my mental health. Through this process, I learned the importance of doing service.” 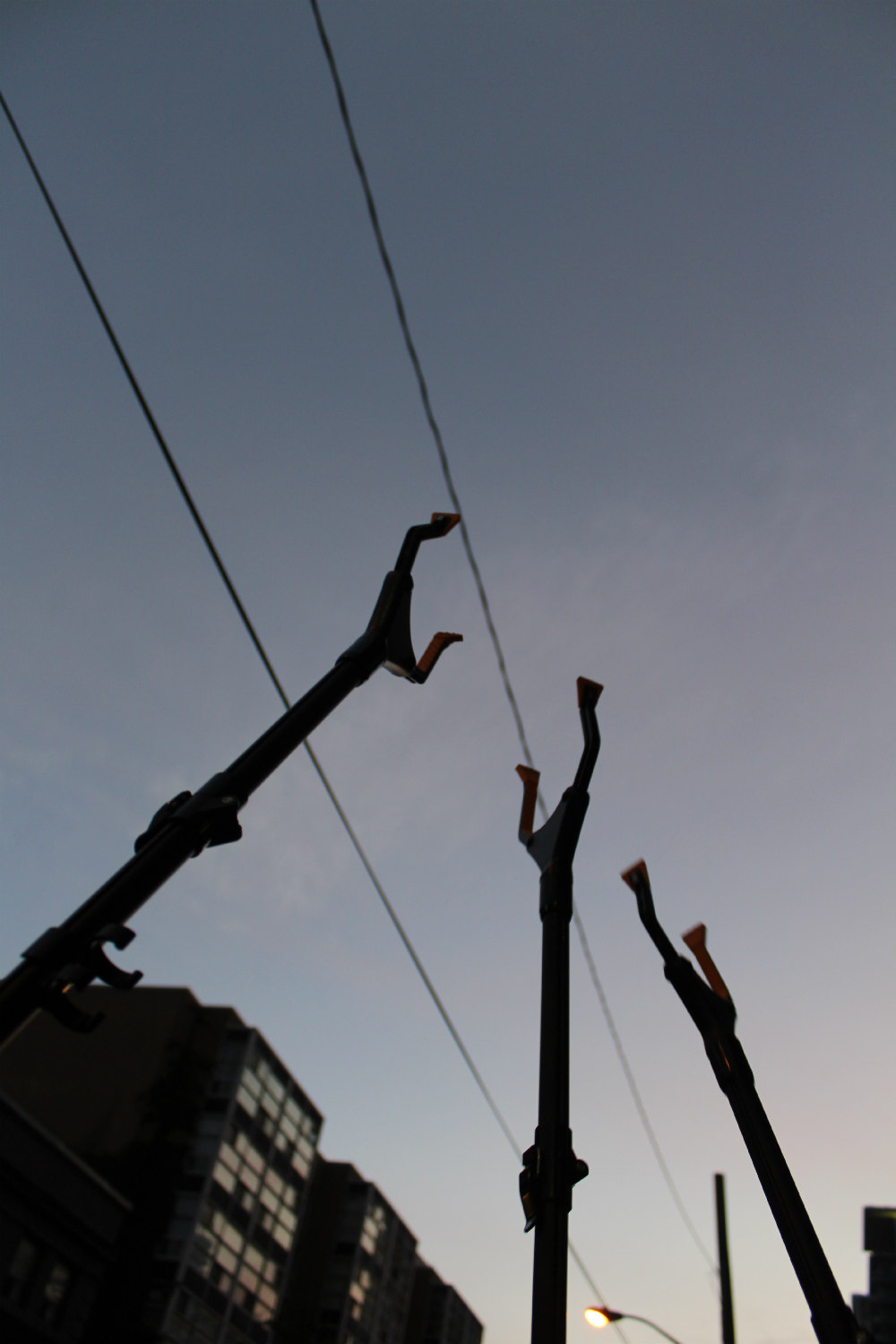 He researched community service opportunities but was finding it challenging to find one that didn’t require scheduling and coordination. That’s when he noticed there was a lot of litter in his own community, and “maybe if I went outside and picked up garbage off the street it may help me feel better.”

He got a garbage picker online and made it his goal to rise early and clean up his neighbourhood. His mental health improved, as did the condition of the city streets. Then the pandemic hit, and he stopped picking. But in early 2021, after being dumped by his girlfriend, he knew he needed to revisit his previous process of proactivity.

“I was at an emotional low and knew that the best way to cope would be to refocus on something positive. I also figured others might be going through similarly challenging times.” He posted on social media, told family and friends, and on September 13, 2021, the Toronto Garbage Picking Club was formed.

A recent meeting of the club fell on the Thursday before Halloween, with several of the fifteen members in attendance dressed up for the occasion, one particularly spirited picker in full dinosaur costume. 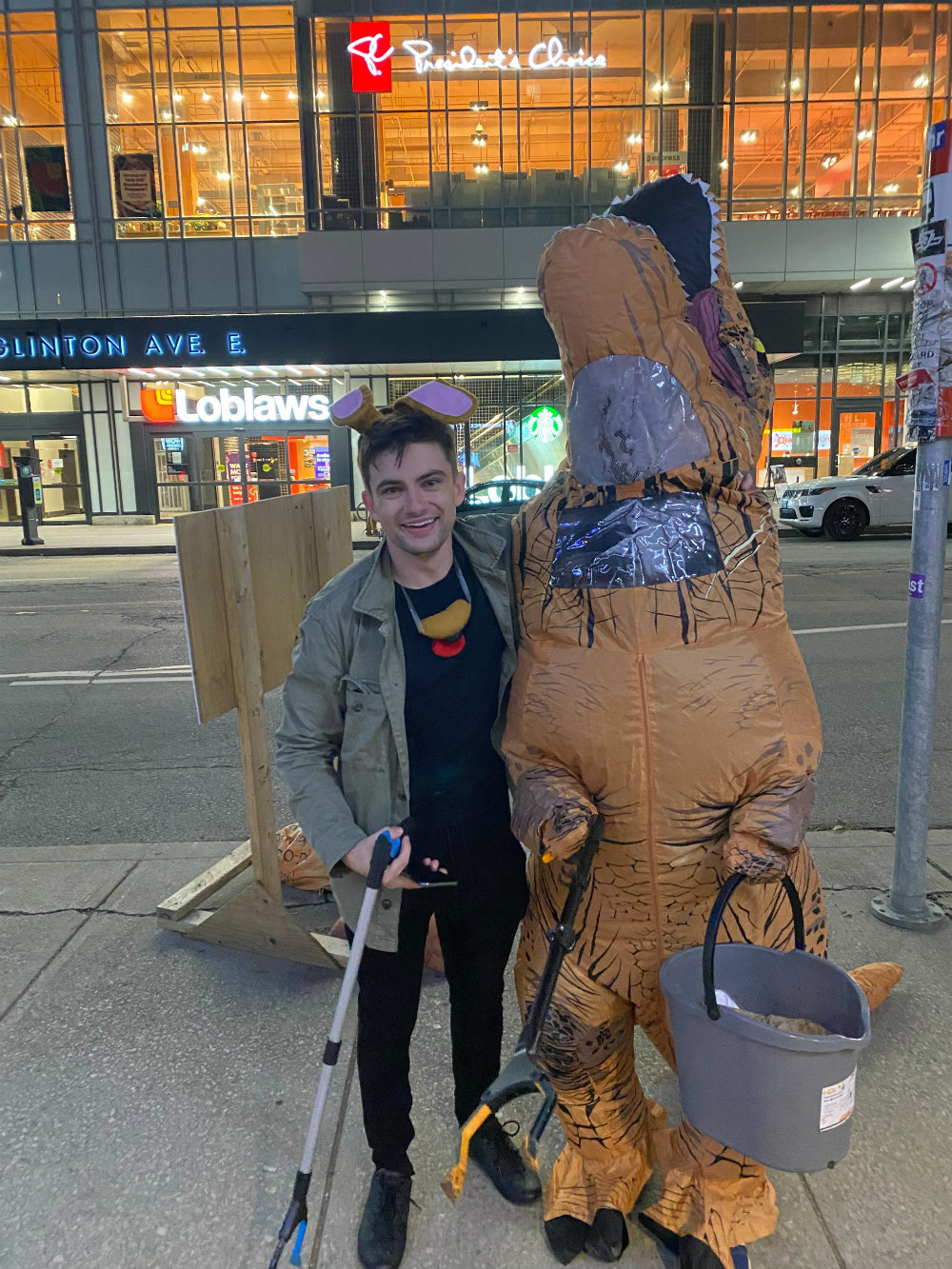 Some of the members know each other, while others, such as Cindy Liu, had seen a posting advertised online and were excited for a chance to meet new people while doing something worthwhile. Another participant, Daniel Diamond, was home from Carlton University for reading week. Normally he would be up around 9:30 am, but that Thursday, he got up at 6 am, which felt really great.

One of the club’s regular members, Kristen Mandala, has been into environmentalism for as long as she can remember, but that’s not necessarily the case for everyone. Sure, they all care about the planet, but it’s the sense of community that keeps people coming back each week. The group, consisting primarily of millennials, provides a platform for young people to meet outside of a club or bar atmosphere.

Chalmers also encourages people looking to establish their own garbage-picking club to apply for a “garbage scholarship,” where he would sponsor their equipment. His goal is to have an international network of local garbage clubs, and it’s definitely starting to catch on. Duncan Brown from Vancouver reached out to him, and in early November, Brown hosted the first meeting of the Vancouver Garbage Picking Club.

In a time when connecting with others in a meaningful way has become especially challenging, it’s inspiring to see young people mobilizing in their own communities. Even in its short tenure, the club has caught the attention of many and was recently featured on Breakfast Television’s “Bright Spot” segment. As one couple walking past the garbage pickers commented, “We’ve seen you in the neighbourhood these past few weeks. This is incredible. It’s just incredible what you are doing. We are just blown away.”

Imagine what would happen if more of these clubs existed all over Toronto? Ontario? The world? Or, if on your walk to collect your morning brew, you also spent the time collecting the litter lining your path? How amazing would that be?  Because change is possible, one small bucket of garbage at a time.