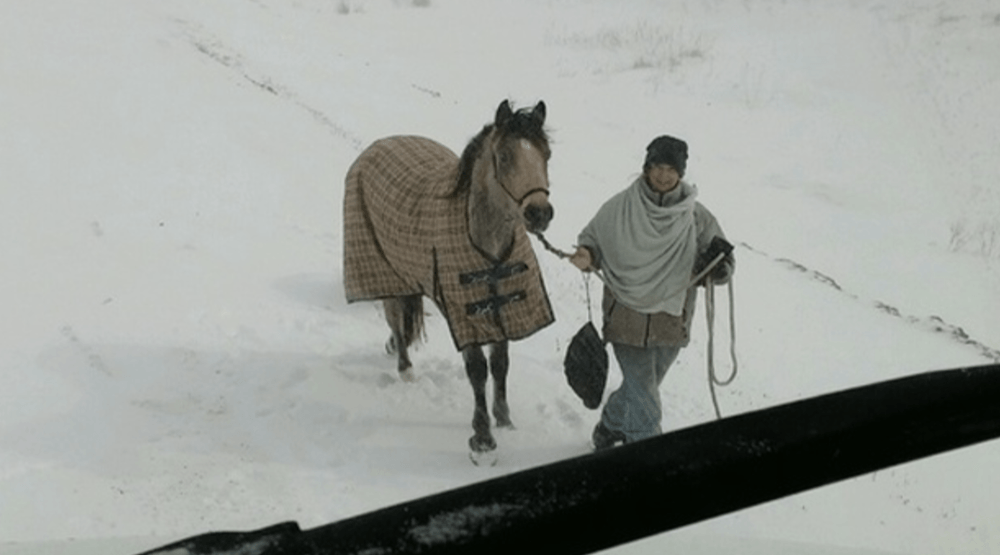 2. This iguana and dog are best friends

This iguana and dog have made an unlikely pair of friends but it may be the cutest thing you’ve seen all day. Why can’t we all just get along like these two?

Nine-year-old Beckett Wyatt is fighting bone cancer. For his first treatment, Beckett and his mother got to fly to the VCU Medical Center in Virginia. It was Beckett’s first helicopter ride ever and a special moment for the third grade who has been battling cancer since 2016.

This university student was pulled over for a busted brake light and driving under the speed limit. To prove his sobriety, the student took out some juggling equipment and showed officers that he was not driving under the influence.

A Winnipeg truck driver who was stranded in the snow got a surprise delivery by 18-year-old Eileen Eagle Bears.

Bears spotted Peter Douglas’ stranded truck and decided to deliver him some coffee. She walked her horse 4 km each way through icy conditions to make sure Douglas had something warm to drink. She then went back another time to deliver him a hot meal.

“I just thought I should do something,” said Bears according to CTV.

Ray Mason broke out his best dad moves and now he is a viral hit. Mason was at the father-daughter dance at his daughter’s school. He did not hold back with the funk and definitely got down on the dance floor.

This pup was adopted by a Franciscan monastery in Bolivia and has become an honourable friar. Nicknamed Friar Bigoton, the monastery’s newest addition is quite popular with his fellow monks. The order spreads the teachings of St. Francis of Assisi, who was the patron saint of animals.

8. We all want to be this seal relaxing on a beach

Somewhere, on a beach far away, this seal is living life to the fullest. Pretty sure all of us want to escape Canada’s frozen tundra and catch some rays like this little guy.

Robert E. Kelly, a political-science professor in South Korea, was in a Skype interview with a BBC host discussing the South Korean impeachment scandal. Kelly was sitting in his personal office when his kids casually decided to come in the room and see what was up. Watch the hilarity that ensues in the video above.