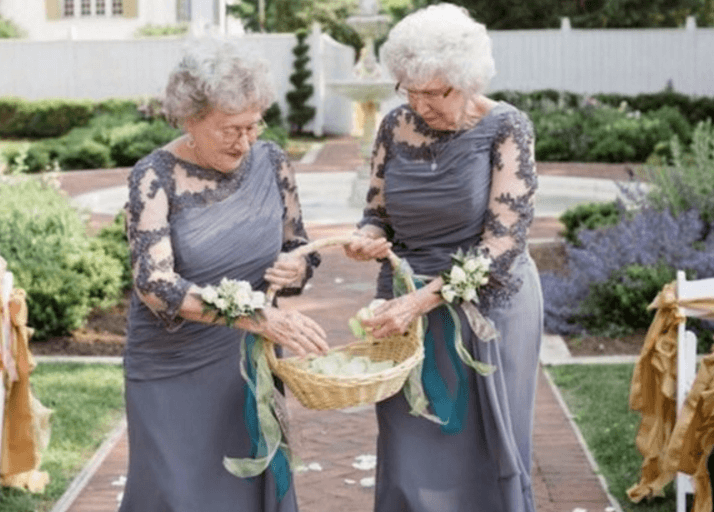 Jordan Blair squealed in excitement when he heard his mother’s voice for the first time. The Australian infant was born with bronchiolitis, a condition that causes fluid buildup and blocks the ears. Last week, the little one received hearing aids and was able to hear his mom. The moment was caught on camera and it is heartwarming to watch.

#BostonMarathon bombing amputee @AdrianneHaslet conquered a 19,000-ft mountain. Here’s what she had to say about it: https://t.co/xv0hY5sUoR

Adrianne Haslet lost her leg when attackers bombed the Boston Marathon in 2013. But she has not let that stop her from living her life. Last year, Haslet returned to the Boston Marathon and completed the race. Just this past weekend, the 36-year-old scaled Volcan Cayambe, Ecuador’s third-highest mountain.

“There is something beautiful about disconnecting from the outside world and connecting with people who are passionate about a cause: gathering around a fire, training together, and bonding in a way you only can without outside influences,” Haslet said.

Boy Lost In Mountains Is Kept Alive By A Friendly Dog https://t.co/o5v7SDIdmt

Max the Labrador is being hailed a hero after he rescued a teenage boy who got lost in Mexico’s Sierra Madre Oriental mountain range. Juan Heribetero, 14, got separated from his camp group last weekend. He was collecting firewood when he slipped and fell down a ravine.

Luckily, Trevino was accompanied by Max the dog during the journey. The Labrador retriever stayed with him in the wild for 48 hours until rescue crews arrived. Trevino’s family was so grateful for Max’s loyalty that they wanted to adopt him but the pup belongs to a family who lives near the camp. Hopefully, Max will continue to keep a vigilant eye out for anyone else in danger.

4. Man jumps into lake to save baby deer

Corey Smith was enjoying a vacation with his family at Lake Buchanan in Austin, Texas. Everything was going well until Smith noticed a fawn in the water having a difficult time trying to swim alongside its mother. Smith felt awful for the baby and decided to jump into the water to help the animal. He brought it back on his boat and helped them get to shore.

“It was one of those situations that I knew if you took a baby deer away from his mother it wouldn’t survive, but I also knew I couldn’t let him drown,” Smith told Inside Edition.

5. These dogs had the most epic pool party, ever

Don’t tell us that this did not make you smile. After all, what is better than dogs enjoying a pool party?

Jason Wheeler struck up some luck after recently winning $1 million in the lottery. His big win was a sign of something good after some months of hardship.

Wheeler is a Fort McMurray resident who was evacuated during the wildfires in May. “We got a lot of help from the Canadian Red Cross, food banks and the SPCA. I want to return the favour,” Wheeler said in a news release. So, to pass on the kindness, he will donate some of his winnings to charities that helped his family in their time of need.

These grandmothers are probably the most adorable flower girls ever. Josh and Maggie Wakefield of Pennsylvania wanted to make sure that their grandmothers had a leading role in their wedding ceremony.

So, the couple decided to make 75-year-old Joyce Benedict and 74-year-old Drue Fitzgerald the flower girls at their wedding. Benedict is the bride’s grandmother and Fitzgerald is the groom’s grandmother. They both wore matching dresses and spread rose petals down the aisle.

Two Houston police officers are showing how an act of kindness can go a very long way. Sgt. Stephen Wick and Officer Colin Mansfield are part of Houston Police Department’s homeless outreach program. They saw that an elderly homeless man, who goes by Quintius, was in need of some help.

The officers decided to purchase some new clothes and shoes for Quintus but they noticed that his feet also needed some TLC. So, Sgt. Wick decided to give Quintius a pedicure. “It didn’t have some deep meaning, but it made me feel good to be able to help Quintus,” Wick told Inside Edition.

Jerika Bolen is 14 and does not have much time left to live. The 14-year-old suffers from Muscular Atrophy Type 2, an incurable disease which impacts nerves that control muscle movement. Bolen made the decision to stop treatment, meaning she is choosing to die. It was a hard decision to make but Bolen’s family respects her wishes.

On Friday, Bolen got to take her mind off of her illness when she celebrated at a giant party held in her honour. She was even crowned ‘prom queen.’ For Bolen, this is how she wants to end the last chapter of her life – happy and surrounded by family and friends.