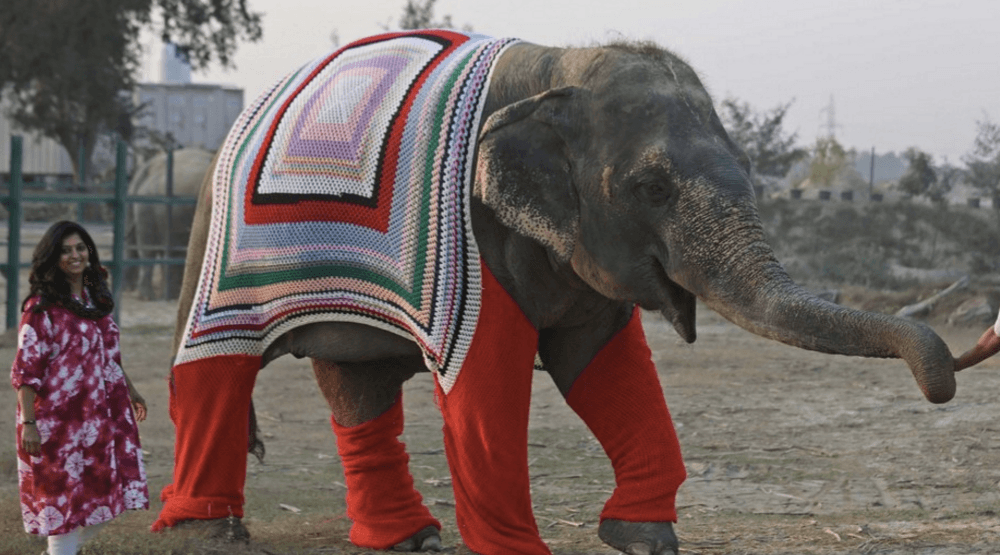 1. Pizzeria in Italy hands out free pizza to drivers stuck in traffic jam

Drivers in Genoa, Italy, were caught in a serious traffic jam when they were surprised with pizza. Simone Di Maria, owner of a local pizzeria, saw news of the traffic jam online. He decided to hand out some freshly baked pies to the drivers. Di Maria said that he imagined himself in their shoes. “You can’t leave people starving at dinner time,” he wrote on the pizzeria’s Facebook page. “A margherita is a small gesture that can get a bad day back on track.”

Instead of Lemonade, Boy has a “Free Toy” Stand for Less Fortunate https://t.co/yXrTMqb2mx pic.twitter.com/1B8HKTaXHo

While some kids like to set up lemonade stands in their neighbourhoods to make some money, six-year-old Blake Work decided to do something a little different. Work set up a free toy stand for the less fortunate outside his Florida home. The little boy got the idea while cleaning out his room.

“He was overwhelmed with all the toys and we talked about those toys being blessings. We explained to him that not every kid gets to have toys like that, if any. That REALLY hurt his heart,” Blake’s mom, Melissa Ann Work, told the Good News Network.

That’s when Blake thought about giving away the toys he didn’t need. The leftover toys were given to his classmates.

Winnipeg server Jennifer Peitsch was stunned when she received a $1000 tip on an $87 bill while working a shift at her restaurant job last weekend. At first, Peitsch thought the tip was a mistake and told the customer Lisa Holgate that she had made an error on the bill. But Holgate insisted that she wanted to give the big tip.

This little girl loves her three pet pug dogs and when they all play together, it makes for some epic cuteness.

A Pakistani singer stopped his concert mid-song to resuce a girl in the audience who was being harassed by a group of men. Video footage shows Atif Aslam stopping his performance in Karachi to call out the harassers. “Have you ever seen a girl? She could be your mother or a sister,” he told the men. The venue was reportedly overpacked and several girls in the crowd claimed they were being harassed. Security guards were called into the venue after Aslam stopped his show.

6. Dog that lost paws to frostbite gets 4 new legs

Check out my story on @hooplaha_onlygoodnews! Thank you for showing people that a disABLED animal deserves second chances! Thank you @orthopets for giving me a new lease on life! #nakio #hooplaha #onlygoodnews #orthopets #prosthetics #amputee #heelersofinstagram #heelernation #disABLED #compassion #inspire

When Naki’o the dog was a puppy, he was found abandoned and frozen into a puddle. The pup suffered severe frostbite. As a result, Naki’o lost all four of his paws, half his nose, and his right ear. Naki’o has since found a loving home and he is the first dog to receive four prosthetic legs.

Villagers living near the Wildlife SOS Elephant Conservation and Care Centre in Mathura, India, have been knitting some very big sweaters lately. The sweaters are for the elephants living at the sanctuary in order to keep them warm during a cold winter. “We work hard to give these elephants a life of dignity and protection while we also provide them ongoing treatment and care,” founder of the centre, Kartick Satyanaraya,  told the Daily Mail.

Feileadh Walsh was overjoyed when she was reunited with her dog Ace, one year after he went missing. The four-year-old was heartbroken when Ace the Doberman disappeared. The two were recently reunited after the dog was found and Feileadh was “delighted” to have her best friend back.

Jackson is a sixth grader with a big heart. The student at Pekin Middle School in Louisiana wanted to to be strong for his grandfather who is suffering from cancer, so he decided to shave his head. As a result, Jackson was taunted for his bald head but the school’s principal, Tim Hadley, wanted to show his support and decided to shave his head too. It really struck me,” said Hadley. “He’s just a kid. He’s already going through something with his grandpa. Stage four Lymphoma.”