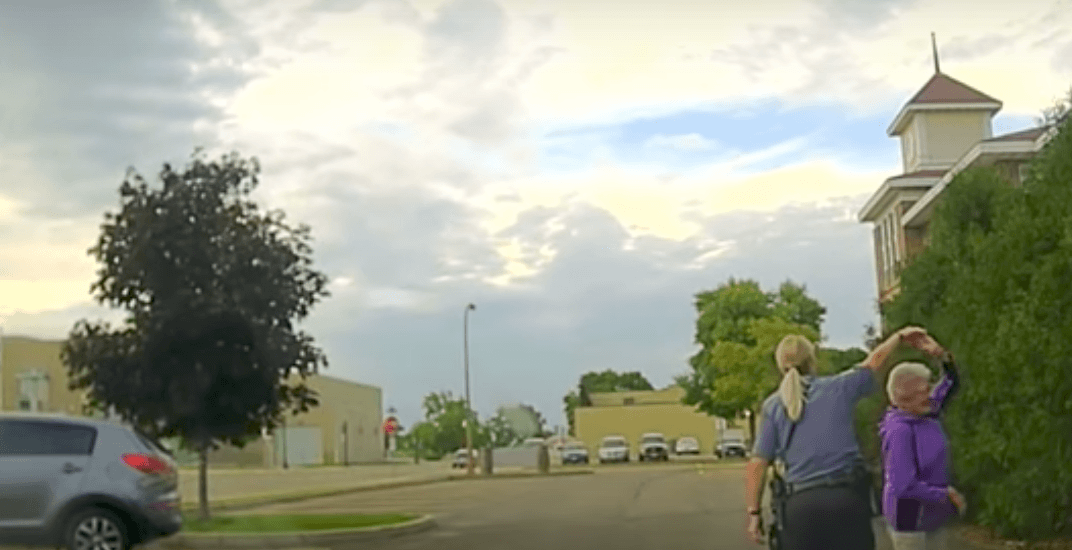 Far-right and anti-Islam marchers were completely overwhelmed by protesters who supported tolerance and diversity at last Saturday’s rallies at Vancouver City Hall.

It seems that only a few people participated in the march organized by Worldwide Coalition Against Islam and the Cultural Action Party.

According to the Vancouver Police, over 4,000 protesters were in the crowd as part of the counter rally by Stand Up to Racism Metro Vancouver during the peak of the event at approximately 2 pm.

The high turnout in Vancouver against the far-right movement was lauded by Prime Minister Justin Trudeau, who wrote in a tweet: “Way to go, Vancouver! Diversity will always be our strength.”

Christa Lawrence posted a video on YouTube about her recent camping adventure.

The video labeled TP Thief was Lawrence’s documentation of a “savage squirrel in the Alberta wilderness.”

The hilarious video captures the squirrel stealing toilet paper from the outhouse as Lawrence documents it Crocodile Hunter style.

She starts off by setting the scene saying “wildlife at Upper Shunda Creek,” a campsite in Alberta.

CTV Vancouver camera-person Peter Bremner was traveling from his office to a video shoot in Surrey to work when he noticed “blatant and offensive” racism spray-painted inside a bus stop.

The graffiti read: “Kill Muslims”. So he decided to do something about it.

“I’m not one to let that kind of thing slide,” Bremner wrote in a Facebook post.”So I pulled over and cleaned it off.”

Photos and a video of him cleaning the graffiti were captured by his colleague, Allie Tanner.

“We can all do something, even a small thing, to combat racism,” he added.

4. You can now pet dogs at Vancouver International Airport

Vancouver International Airport announced the launch of its Less Airport Stress Initiative (LASI), which introduces ambassador dogs to the airport terminal to provide all passengers and employees with a new way to deal with anxiety from travel, work, and general stress.

While service dogs are known for assisting an individual with a disability, ambassador dogs are meant to be interacted with.

The initiative is a partnership with St. John Ambulance’s Therapy Dog program. A total of seven dogs – Molly, Bailey, Mira, Norman, Grover, Kermode, and Soda – wearing YVR branded leashes and St. John Ambulance bandanas will be available on site at the terminal for stress relief from during all weekdays from 11 am to 1 pm.

5. Woman performs CPR to save lizard drowning in pool

This little lizard was drowning in a pool so this woman performed CPR to save it. The lizard was able to breathe again and recovered from the incident.

6. Toronto woman has stolen bike returned over a year later

Losing a bike to theft in Toronto is not fun, but Toronto police have shown that not all hope is lost when it comes to bike thefts in the city. Paul MacIntyre, an inspector at 54 Division, shared a story about a 2016 theft that had a happy ending… a full year later.

According to MacIntyre, the Torontonian’s bike was stolen last year, and she reported it to police along with the serial number. And through a search warrant, the bike was returned to the owner, and the thief faces stolen property charges.

So if you lose your bike, police recommend you to report it and know your serial number. Because you never know, it may just come back to you.

Well, no not Superman, but his counter parts from Marvel were hanging around at the Alberta Children’s Hospital yesterday. Spider-Man, Iron Man, Captain American, Hulk and a few other gave kids at the Children’s a welcomed surprise as they hung off the side of the building.

The superhero window washers were in full swing and the pictures are just too adorable. Well done heroes, you definitely spread some love yesterday. The Alberta Children’s Hospital Foundation posted a few pictures on their Twitter page and thanked the heroes.

“Such a fun surprise at the hospital today! Thanks for the visit, Superheroes!” Keep fighting the good fight guys – these kids deserve it.

A Quebec woman has become the first person in the province to receive a bionic eye implant.

At 26 years old, Sandra Cassell was diagnosed with retinal dystrophy, which is a degenerative disease of the retina that causes blindness. There was no treatment for the disease until recently.

Last spring, Cassell was the first person in the province to receive an implant device called the Argus II Retinal Prosthesis System. The operation took place at the Maisonneuve-Rosemont Hospital and was led by ophthalmologist and retinologist surgeon Dr. Flavio Rezende.

“I dedicate my career to restoring sight to those who have lost or never had it,” said Rezende in a statement.

A 92-year-old woman named Millie Seiver was spotted dancing alone on the road in Austin, Texas. No one seemed to want to dance with Seiver until Sergeant Kim Lenz stopped to boogie along with the senior making for an awesome video.