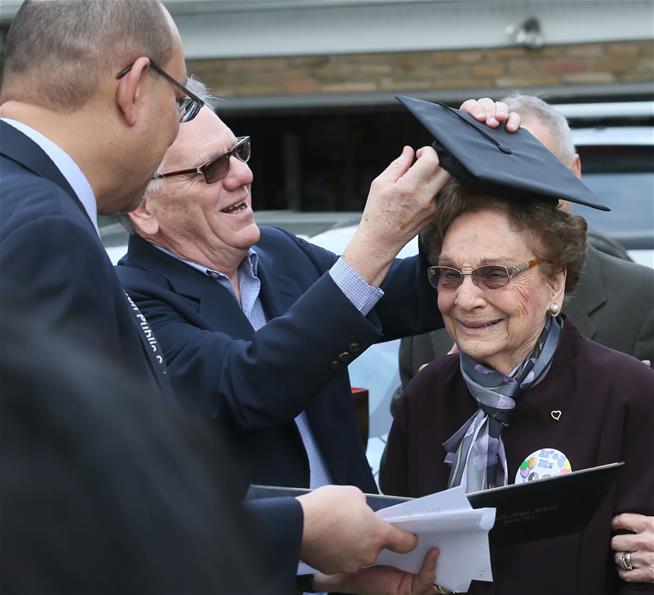 After she was expelled from her high school in 1942 for being married, an Ohio woman received her diploma on her 93rd birthday. Dorothy Louise Liggett married her husband after he was drafted into the Army but word got out in her high school and she was no longer allowed to continue her education. Liggett’s daughter decided to contact the Akron Public Schools superintendent to ask if her mother could get her diploma for her birthday. It all worked out and Liggett can finally call herself a high school graduate.

A boy in China was rescued after falling down a 300-foot well. The three-year-old was playing near the well when he fell in. It took 12 firefighters to rescue the toddler and he is now recovering well in hospital.

“What could be more Canadian than an RCMP officer ushering a beaver off the highway.” https://t.co/j6t6kapkfGhttps://t.co/MumzmatODy

This could be the most Canadian thing you have seen in a while. Mounties on Vancouver Island had to shut down a part of the Trans-Canada Highway to help a beaver cross the road. Officers closed the highway lane when they noticed that the beaver was just sitting there, taking its sweet time to travel across the street. The very Canadian moment was caught on RCMP dash cam.

4. Orphaned friends from Mozambique coincidently get adopted by families in the same U.S. neighbourhood

Kelvin Lewis and Alfonso Slater were best friends growing up together in Mozambique. The boys supported each other when they both became orphans after their mothers died from HIV/AIDS.

Kelvin and Alfonso were separated in 2008 when two different American families adopted them. They had no idea that their adoptive families actually lived 10 minutes away from each other in Gilbert, Arizona. Both sets of adoptive parents became aware that they were taking in the two best friends and planned a surprise reunion for Kelvin and Alfonso.

The boys have been able to continue their friendship in Arizona and they went to the same high school. In fall, they will both attend Brigham Young University together.

“We talk about growing old, like sitting on our porches in a rocking chair, and living next door to each other, having our kids be best friend friends. We’re definitely more than friends, we’re brothers,” Kelvin told People.

Mexico’s national football team is taking a stand against homophobia. Players are participating in a campaign called “Abrazados por el Fútbol” — which translates to “Let’s hug for footfall” in order to encourage fans to be more inclusive during games.

Five cheetah cubs at the Cincinnati Zoo lost their mother and became orphans. Zoo staff decided to bring in an Australian Shepard named Blakely to help care for the cubs. The dog has become a mother to the cubs, and the baby cheetahs love her. 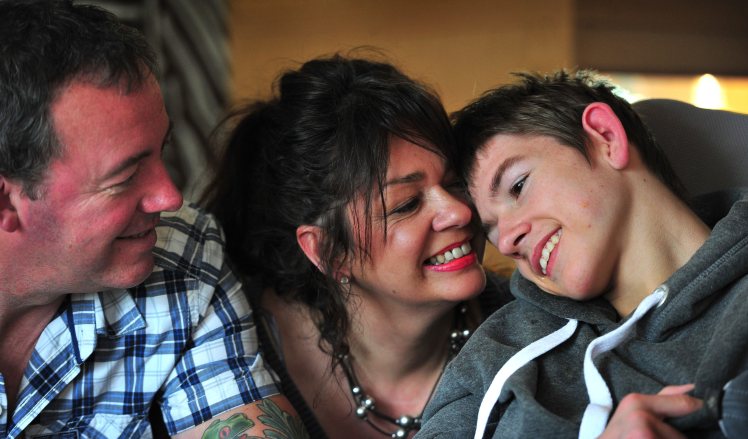 A man with cerebral palsy was overwhelmed by a stranger’s heartwarming gesture while eating at a Manchester restaurant.  Twenty-year-old Ryan King was enjoying his meal and his caregiver got ready to pay the bill. But a waitress informed his caregiver that someone had already taken care of their tab. The stranger left before King could thank him but his mother took to Facebook to share her appreciation:

“Can I ask all of our friends to please share this post. Today Ryan King went to the Trafford Centre with his carers Sharon Farrington & Faizal Shah. He dined in Zizzi’s and a family of 4 where on the next table, they got talking to Ryan’s carers because there was a delay in service,” Paula King wrote on Facebook.

8. This 78-year-old grandma can probably deadlift more than you at the gym

Shirley Webb is 78-years-old and a pro at the gym. Infact, she can deadlift 225 pounds. Webb started going to the gym a few years ago in order to help her mobility. Now she is dedicated to working out and she is probably much stronger than most of us.

“When I go to the gym and work out, when I leave, I feel so much better than I did when I went in, and I just feel so good. I feel tremendous,” Webb told 60ABC.

Jake Austin is a Missouri pastor who is determined to make a difference in his community. He bought an old box truck and turned it into mobile showers for the homeless. He drives around St.Louis offering those in need a hot shower and hygiene supplies.

“If we can get people regularly clean, we can give them some hope.Get some hope in their bones, they can take the next steps. They can keep climbing,” Austin told the St. Louis Post-Dispatch.