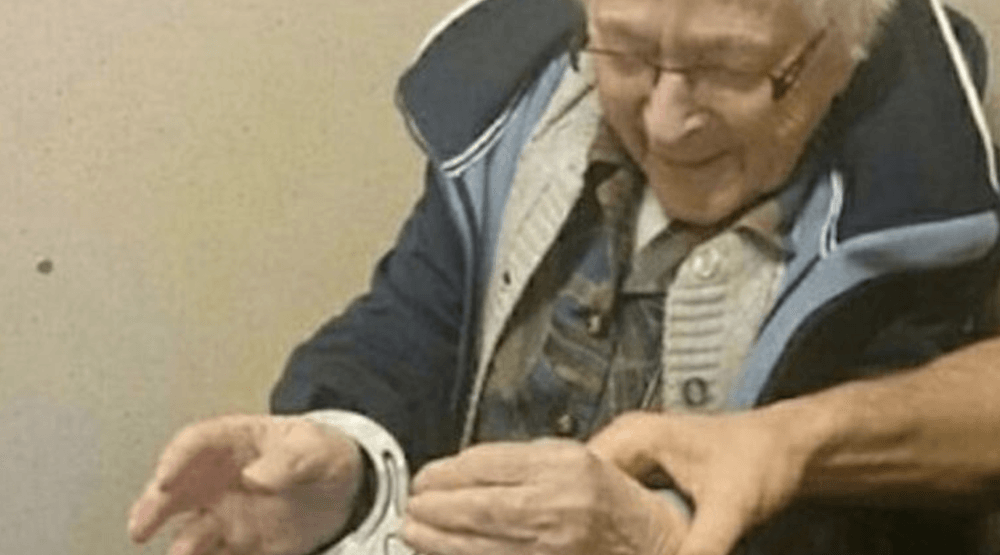 Jessica Bird wanted to help her daughter Navaeh feel comfortable with the Port Wine Stain on her cheek. So she decided to recreate the stain on one of Navaeh’s dolls using lipstick. Bird wanted her daughter to know her mark is beautiful. Now Navaeh and the doll are inseparable.

During a Czech First League league game last week, Martin Berkovec–the goalie playing for Bohemians 1905– was knocked unconscious. Francis Kone, a player from the opposing team, ran over and took Berkovec’s tongue out of his mouth to save him from choking. “I would like to thank Francis Kone for rescue and emergency at today’s game,” the Berkovec said on Facebook. “I’m glad for the relief and thanks again!!!”

While on a boat trip, this family spotted a whale trapped in a fishing net. They swam over and freed the whale.  In return, the animal thanked them in the best way possible- with a magnificent jump in the air. 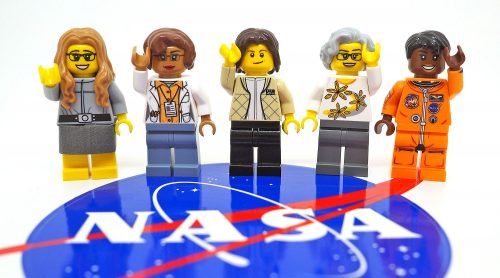 The five women to be included in the new Women of NASA set are Margaret Hamilton, Katharine Johnson, Sally Ride, Nancy Grace Roman, and Mae Jemison.

5. A trio of young Canadian dancers end up on Ellen after adorable tribute

A trio of adorable Toronto dancers made their big screen debut on Ellen this month.

Eight-year-old Khiyla, 9-year-old Naima, and 10-year-old Ajanae had been dancing together for a few months before their choreographer Brandon Bizzy Owusu got an idea.

Owusu and his girlfriend Bruna Soares make dance videos on their YouTube channel, and had the idea to make an Ellen video incorporating the talented young girls.

In the video post, which is a fan tribute to Ellen, Owusu wrote, “We are such HUGE fans of Ellen, can you tell?”

Soon after, Ellen’s team saw the video and on February 7, Ellen posted the video on her Facebook page with the caption “more of this, please.”

And of course, being as adorable and as talented as they are, the girls found themselves in LA and on the Ellen Show.

This guy at Wyoming Coles who just went through the register with his two kids paid for this ladies groceries when her card kept declining 👍 pic.twitter.com/pTLq0ij6NK

This Good Samaritan stepped up to pay for an elderly woman’s groceries at a UK supermarket and the heartwarming moment was caught on camera. Local resident Ryan O’Donnell noticed the kind moment as the man offered to pay for the woman at the checkout counter.

At nearly 100-years-old, this dutch woman wanted for her birthday was for local police to “arrest” her. The strange request was part of the woman’s bucket list and police made it happen.

Nijmegen-Zuid police said that the woman named Annie told them she wanted to “experience a cell from within.”

So, the arrested her and it all made for a very hilarious photo-op.

8. This baby pig will brighten your day

If you didn’t know, March 1 was nation pig day. It’s not too late to celebrate, so here is a video of probably the cutest baby pig you have ever seen.

9. 8-year-old Ontario goalie’s dance to ‘JuJu on that Beat’ on ice has gone viral

Last summer, “JuJu on That Beat” was a massive hit that produced thousands of dance challenges online.

But nothing comes close to the cuteness displayed in this Canadian dancing to the widely popular Zay Hilfigerrr and Zayion McCall track.

This 8-year-old goalie’s moves are on point, especially in full goalie gear. The video has gone viral in less than 24 hours, and currently has over 1.3 million views.