1. Dying veteran donates everything he owns to charity

A 66-year-old veteran battling lung and colon cancer has decided to donate everything he owns to charities and people in need. Bob Karlstrand is terminally ill and is not sure how long he has left. Thus, he has made the decision to give everything away including his home and his retirement fund. The Minnesota man has given away his $1 million endowment to the University of Minnesota’s  nursing program. He has graciously donated his entire home to Habitat for Humanity so another veteran can move in. “I’ve had a good life so I cant complain at all,” Karlstrand said.

2.Toronto man who attempted suicide meets the Good Samaritan who saved his life 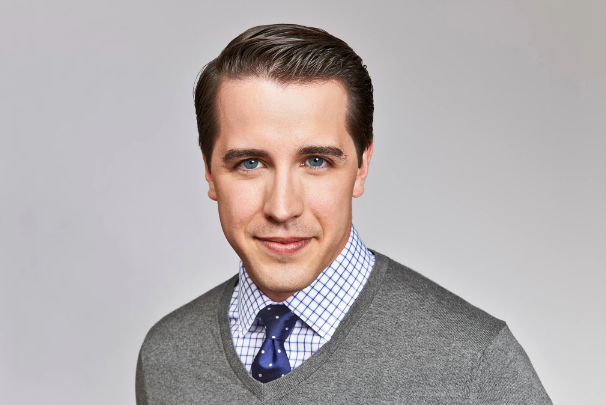 Mark Henick was only a teenager when he attempted suicide in 2002. He was standing on an overpass in Cape Breton, Nova Scotia and was about to let go – but a Good Samaritan stopped him from jumping. Recently, Henick created a social media campaign to find the person who saved him. A few days later, a man name Mike Richey emailed Henick. Richey could not forget the night he saw Henick on the ledge of the overpass and grabbed his chest to keep him from falling. Henick now works for the Canadian Mental Health Association in Ontario and speaks publicly about metal health issues. He and Richey have been corresponding over email and plan to meet very soon. Read More

3. Vatican opens showers and barbershop for the homeless 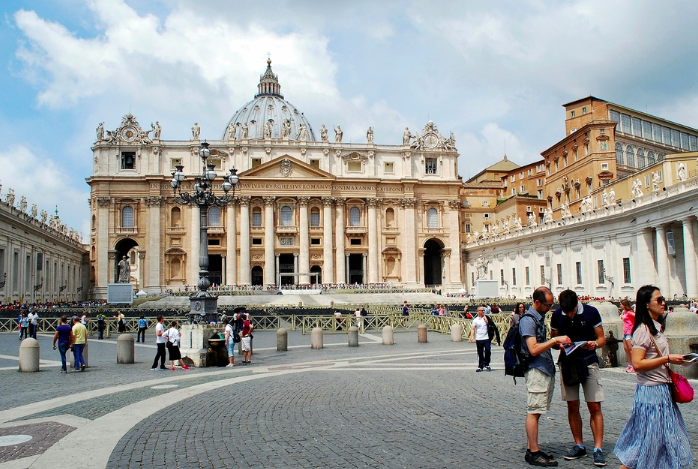 The Vatican is preparing to help out Rome’s homeless citizens by opening showers and a barbershop that they will be able to access. The Vatican will also provide the homeless who use the facilities with a care package, which will include a number of toiletries and personal hygiene items. Volunteer barbers and students from a local beauty school will run the barbershop. The move comes with Pope Francis’ continued efforts to make sure the Vatican takes care of its poorest citizens. 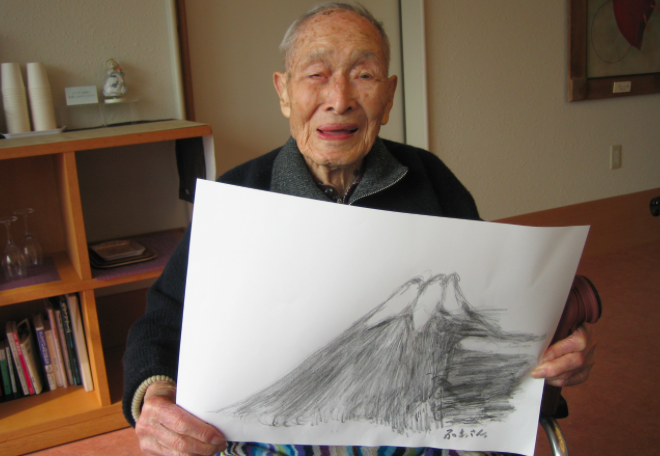 Sakari Momoi has lived through the Wright brother’s first flight, World War Two and the first moon landing. Born on February 5,1903, Momoi is the world’s oldest man and just turned 112 years old. He has five children and currently lives in a Tokyo hospital where he enjoys passing the time by drawing and reading poetry.

Staff in a North Carolina Target went the extra mile to help a 15-year-old customer. Yasir Moore was looking for a clip-on tie to wear to his fist job interview that afternoon, but the store did not carry what he was looking for. Instead, the store’s employees gathered to help the teen learn how to put on a regular tie and gave him some advice to help him prepare for his interview at a Chick-fil-A down the street.

The staff’s kind gesture was caught on camera and has gone viral. “We were just here to help a young man get a job and forward his future,” Target employee Dennis Roberts told WTVD. Moore has gotten a call back for a second interview and returned to the Target to thank the employees who helped him. Read More 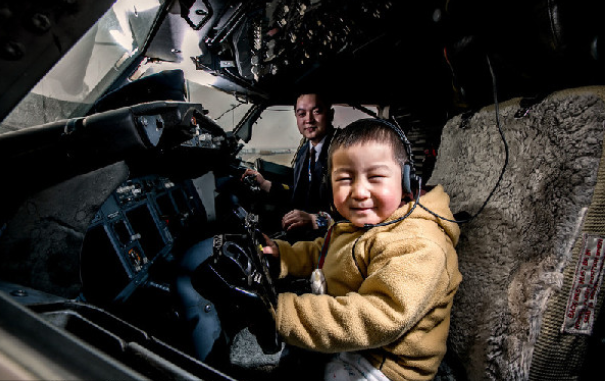 Four-year-old Li Haifeng suffered a horrible accident resulting in both his legs being amputated. All he has ever wanted since then is a “pair of wings” to help him fly. His wish has come true as China Easterm Airlines asked Li to be pilot for the day. Li got a tour of the plane and sat in the cockpit with the pilot. It was Li’s first time ever being in an airplane. The airline has also offered to fly Li home from the hospital when he is ready to be released. Donations for Li have been pouring in from China’s online community, after a video of the boy dancing on his hospital bed went viral. Li’s family cannot afford his medical bills and the kindness of strangers has helped them tremendously through the toddler’s recovery. 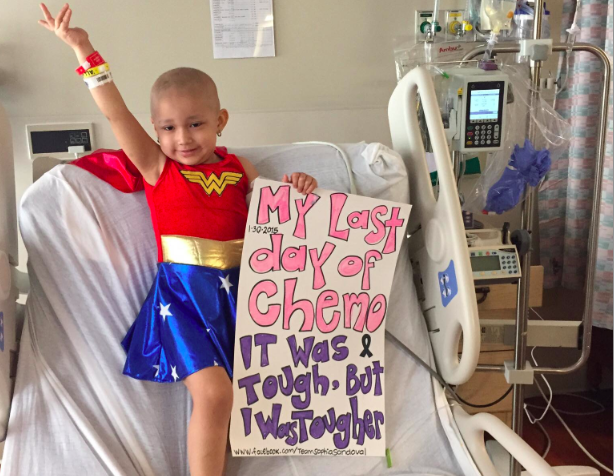 Sophia Sandoval had to undergo chemo after being treated with brain cancer, but the little girl fought the disease with super hero strength. To celebrate her last day of chemotherapy, Sandoval dressed up as her favourite superhero – Wonder Woman. A picture of Sandoval dressed in the bright red and blue costume and holding a sign reading, “My last day of chemo… It was tough but I was tougher” was posted on Facebook. The photo caught the attention of Lynda Carter, who played Wonder Woman on TV in the 1970s. Carter shared the image of Sandoval on social media, and it has since gone viral.

8. Policeman catches a thief in the act, but responds with kindness 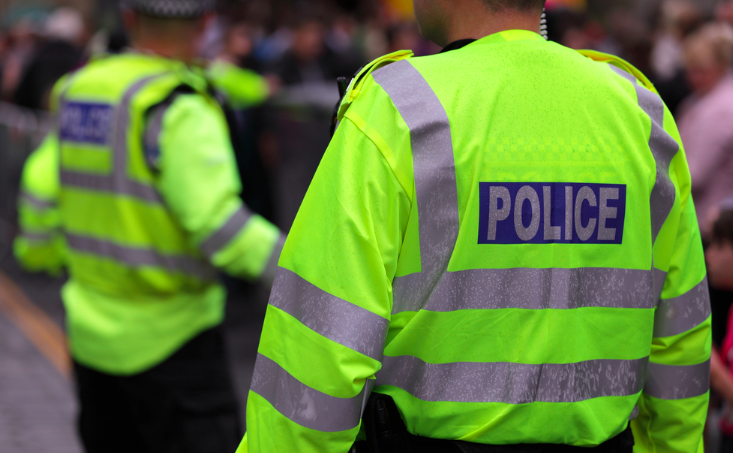 Officer Justin Roby of Kentucky was responding to a theft call but when he arrived on scene, he did not want to arrest the suspect. This is because the man caught stealing was a single father,  going through some difficult times and resorted to stealing baby formula to feed his infant son, who was with him at the time. “Me citing him for court wouldn’t have done any good for him. He’s already short on money, can’t afford formula, so me making him appear in court, he’s still not going to have any food for that baby, ” Roby told WKYT News. Instead, Roby decided to extend a helping hand and bought the man the formula he needed for his baby. “Behind the uniform, I’m a human being and I’m a person out in this community just like any of them. I have a little boy. I’m a father just like that gentleman was,” Roby said.

9. City workers shovel snow all winter so a widower can honour his wife’s memory

For 82-year-old Bud Caldwell, everyday is Valentine’s Day. The Wisconsin man visits a park bench he bought and dedicated to his late wife Betty, everyday. After 56 years of marriage, Betty passed away two years ago, but Bud honours her with his daily visits to the bench. He also brings with him a daisy, and a penny to leave at the bench in memory of the couple’s favourite songs, “Pennies from Heaven” and “A Daisy a Day.” Recently, snowfall has made it unsafe for Bud to walk to Betty’s bench. However, two park workers have taken notice and have decided to shovel the snow and clear a path for Caldwell all winter so he can continue his visits.  “What an extraordinary act of kindness from two young men to one old man,” Caldwell told reporters.