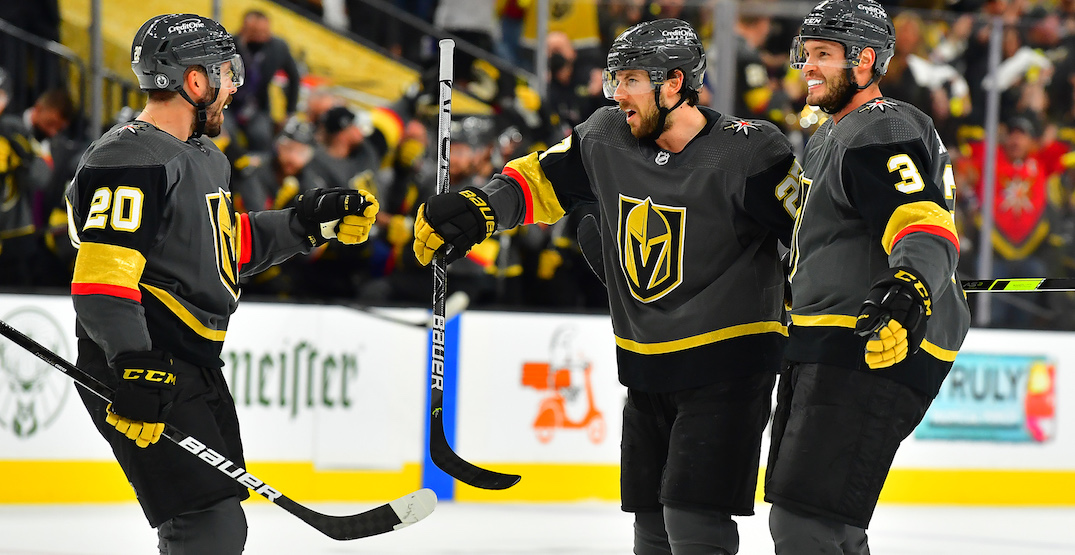 The Montreal Canadiens’ playoff winning streak came to an end at seven games with a 4-1 loss to the Vegas Golden Knights in Game 1 of their Stanley Cup semi-final series on Monday.

Despite the loss, Canadiens fans did get a memorable moment in Cole Caufield’s first career Stanley Cup Playoff goal.

Caufield’s family was in the building for the milestone, too.

Playing in his second playoff game with Jeff Petry unavailable again, Alex Romanov also made his presence felt in the first period with a big hit on Alex Pietrangelo.

Otherwise, it wasn’t a great night for the Canadiens. Despite a strong start, they allowed the game’s first goal for the first time since Game 4 of their first-round series against the Toronto Maple Leafs.

Shea Theodore’s opening goal for Vegas also snapped a streak of 447:08 without trailing in a game for Montreal.

Early in the second period, Alec Martinez extended the Golden Knights’ lead to 2-0.

After Caufield’s goal got Montreal back within one, a Mattias Janmark deflection restored the two-goal lead for Vegas just 53 seconds later.

Some might call this a ~lucky~ bounce. 😏 #ItsOn pic.twitter.com/ea2i0l1aHB

In the third period, Nick Holden scored the third goal by a Golden Knights defencemen on the night to make it a 4-1 game.