[youtube id=”-TFgTqZHhfk”]
Part of a 15-city tour, featuring headliner Tommy Trash, Vancouver’s Blueprint event is the only Canadian date on this tour, which began last week in Denver, CO. In addition to the Celebrities show being the sole city north of the border, Fool’s Gold’s founder himself, A-Trak will be making a special guest appearance at this weekend’s gig.

Joining Tommy Trash and A-Track are Madeaux and Nick Catchdubs, along with the local Celebs Playhouse residents. With Canadian babe A-Trak only making two appearances on this tour, Vancouver’s show is one not to be missed. 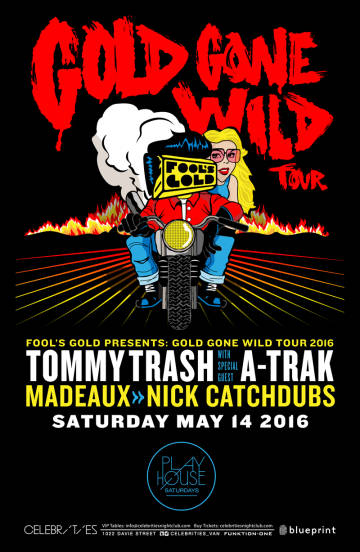