Godzilla made another appearance at Vancouver’s city streets this past weekend. Film crews, sets and extras were seen in downtown Vancouver on West Hastings between Burrard and Thurlow Streets.

The Hollywood remake’s production is running with a budget upwards of a $100-million and is set for 3-D release in theatres on May 16, 2014. Filming in Vancouver, set as San Francisco, is in its final weeks after first beginning in mid-March.

During this weekend’s filming, fake American tanks and military vehicles were used as part of the set, along with San Francisco-branded transit buses and taxi cabs. West Hastings was also bumper to bumper with vehicles, with more than 100 extras filming a scene where they emerge out of buildings and their cars to look up in shock and awe – presumably, at Godzilla‘s arrival into San Francisco. The scene even included simulated rain, which utilized a large rain machine suspended by a crane 10 stories above the vehicles and crowds. Who would’ve thought you’d need a rain machine in Vancouver!

Godzilla has been kept a “secret” as it is referred to only as Nautilus, its working title, during its production process. The film is directed by Gareth Edwards and stars  Bryan Cranston (Malcolm In The Middle, Breaking Bad), Aaron Taylor-Johnson (Kick-Ass), and Ken Wattanabe (Letters from Iwo Jima, The Last Samurai, Inception). This big budget Hollywood remake of the original Japanese monster classic has been great business for the struggling local film industry.

Again, mot much is currently known about the film’s plot, except that it will follow the path of the original Japanese Toho version and not the Roland Emmerich 1998 New York City flick. Oh, and the destruction…and the screaming…and the running…and the soldiers with tanks and missiles…and a giant fire breathing mutant lizard monster as tall as a skyscraper. 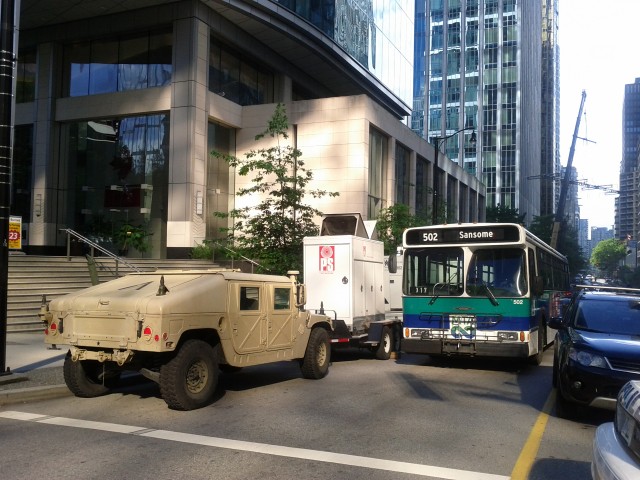 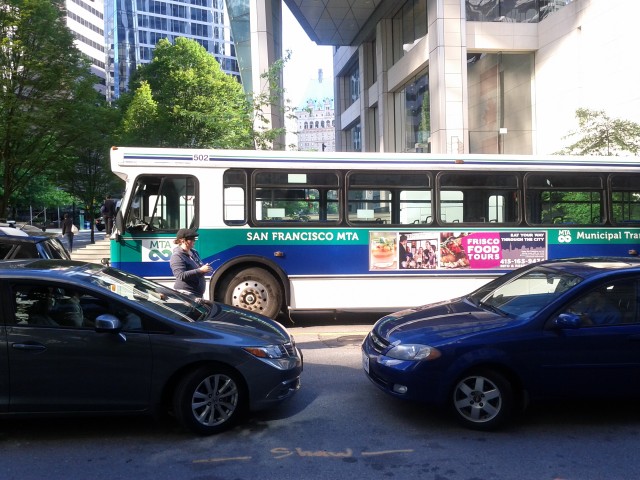 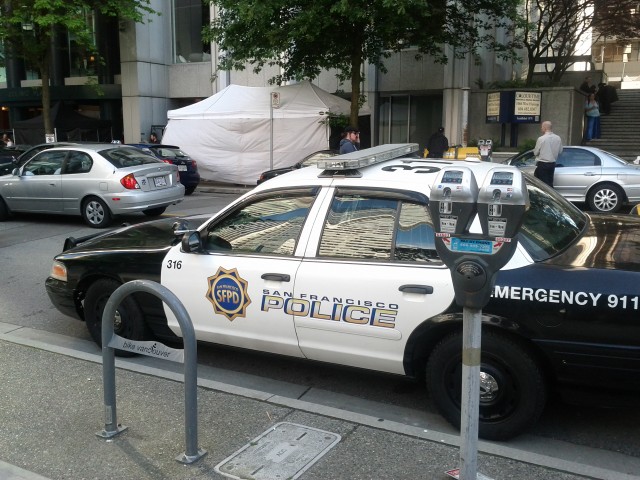 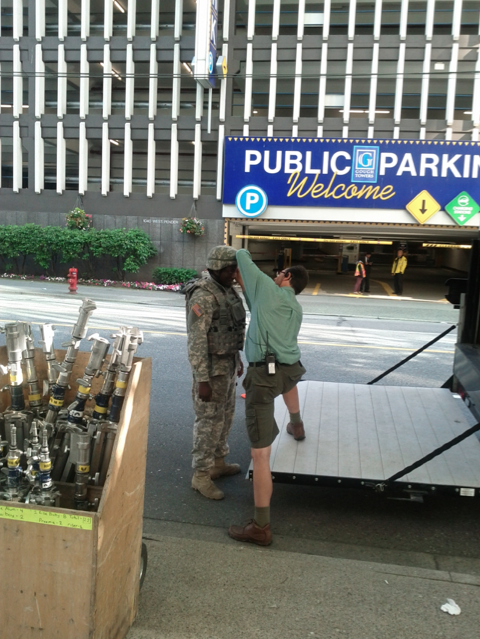 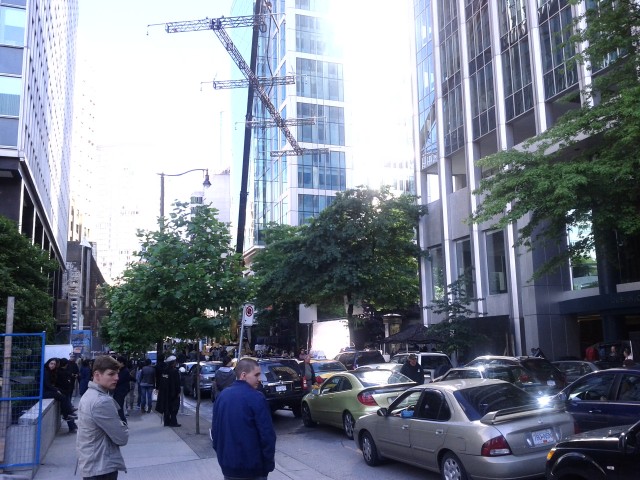 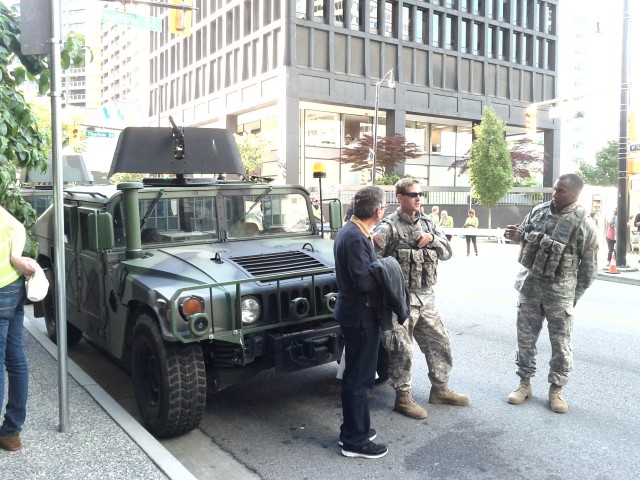 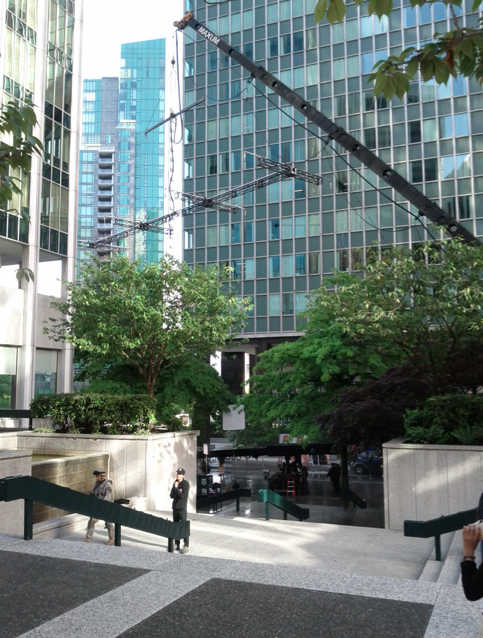 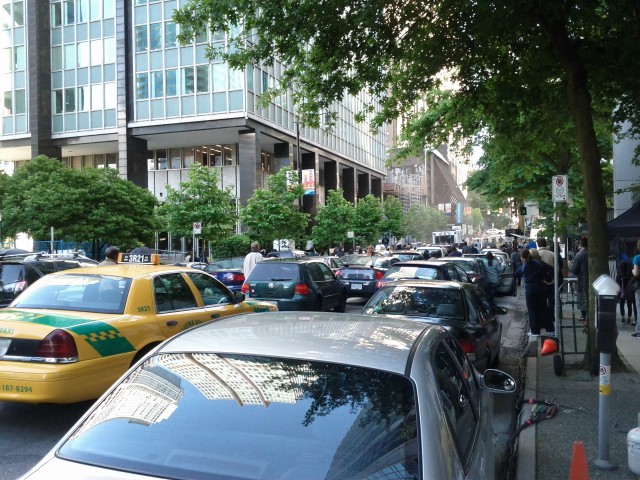 Photos by Kenneth Chan, the Deputy Editor of Vancity Buzz.