No offence to Norway and Austria, but now that the extended warm-up for Team Canada has ended and the zamboni is out to clean the slate ahead of Sunday’s game against Finland, coach Mike Babcock has to make his most important decision to date: Roberto Luongo or Carey Price?

Or, as it has been suggested by ESPN’s Pierre Lebrun, are these games irrelevant and has this decision already been made?

In the first two games of the Olympic Tournament, Babcock chose to split the games between the two netminders with Price starting against Norway and Luongo against Austria. Although splitting the games is a good strategy to get both goalies accustomed to the international ice, you can’t reasonably expect that Team Canada would base their starting goaltender on two games that should be considered easy victories. This suggests that aside from a major stumble in their warm-up game, the starter for the game against Finland has already been determined.

We won’t know for sure who gets the call until Mike Babcock feels like telling us, but I am going to make the argument that it should be Roberto Luongo getting the start against Finland.

This is not meant to be a knock against Carey Price. He has proven himself to be an outstanding goaltender in the NHL and should be on Team Canada. But despite his apparent upside, the net should belong to Luongo in Sochi because he hasn’t done anything to lose it and Price hasn’t done anything to earn it. In fact, if his game against Austria is any indication, Luongo has strengthened his position.

Don’t be fooled by the scores of the games against Norway and Austria (3-1 and 6-0). The tougher assignment belonged to Luongo who had to come up big on a number of occasions including staring down Michael Grabner on a two on one break and stopping Oliver Setzinger on a clear-cut breakaway. In my opinion, that sounds like a number one goaltender.

Although Price had to be good against Norway, he didn’t have to be great and even let a goal slip past (GASP!) which kept the game competitive right until the bitter end. And no, I’m not saying that goal differential should be the determining factor in this decision.

At the Vancouver Olympic Games in 2010, Luongo posted a 5-0 record with a .927 save percentage and a 1.76 goals against average. So despite what many believe, Team Canada didn’t win the gold medal by overcoming terrible goaltending. Luongo got the net by earning his spot after starting goaltender Martin Brodeur had a terrible outing against Team USA in the round robin. If Carey Price is destined to be the starting goaltender in Sochi, that’s the path that be should taken. As I will remind you in a moment, that’s not necessarily a bad thing.

If you want to argue that Roberto Luongo isn’t a clutch goaltender (while blindly ignoring the fact that he won a gold medal) and that Carey Price is a big game performer, check out this stat:

Look, the goaltending situation is Canada is not nearly as dire as some pundits make it out to be. In fact, Roberto Luongo has better SV% in the NHL this year than Jonathan Quick (USA), Ondrej Pavelec (Czech Republic), and Jaroslav Halak (Slovakia). Luongo also has the same SV% as Jonas Hiller (Switzerland) and is only one percentage point behind Henrik Lundqvist (Sweden). Luongo doesn’t have a higher SV% this year than Tuukka Rask (who gave up 4 goals to Austria in his first game) or Semyon Varlamov (who gave up a goal to Slovenia!).

And even if one of our world class goalies falters, we have another one to pick up the pieces.

If you are worried about that scenario playing out, remember what the end result was when Canada’s starting goalie, Curtis Joseph, had a rough game in 2002: 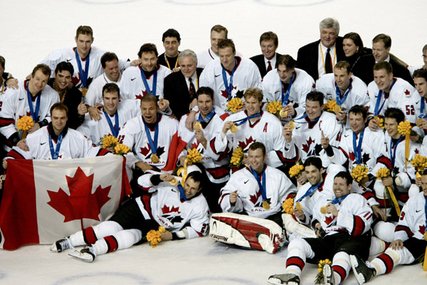 And again, this time with Martin Brodeur, in 2010: 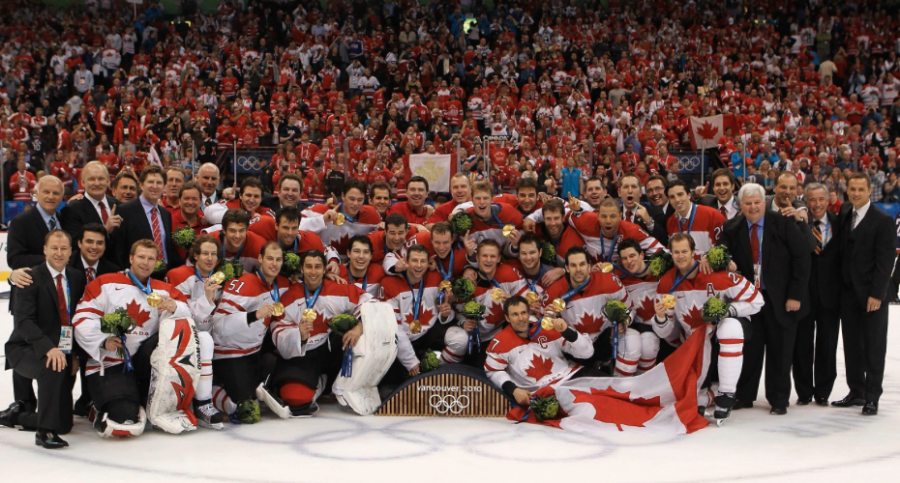