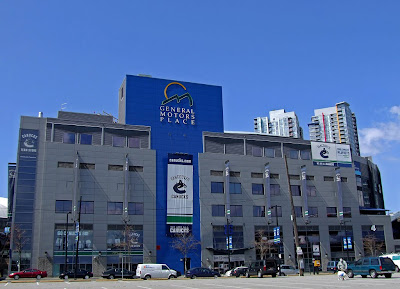 Image: Uncle_Buddha
Update: GM Place will now be known as Rogers Arena.
Earlier this morning the Team 1040 reported that General Motors Place, G.M. Place or The Garage as many media types like to call it, will be getting a new name after the current deal has expired. The announcement of the new name will be made at 2:00pm today.
This news caught almost everyone by surprise as it just came out of the blue. Let’s just hope they don’t name it something stupid like Jobing.com Arena (Phoenix Coyotes) or Gaylord Entertainment Centre (Nashville Predators). My vote goes to Shaw Dome or Vancity Buzz Place, yes, that has a nice ring to it.