Vancouver could have its very own ‘rainbow road’ glowing pedestrian and bicycle path along the Coal Harbour and Stanley Park seawalls.

The Vancouver Park Board is working with Dutch design company Studio Roosegaarde to create a 5.2-kilometre-long glow-in-the-dark stretch of the seawall from the eastern end of Harbour Green Park to the Lions Gate Bridge.

According to city documents, the glowing rainbow road effect will be created by embedding hundreds of thousands of fluorescent-painted rocks into new asphalt pavement. The rocks will store solar energy during the daytime and emit the multicoloured light every night for up to eight hours after a full ‘recharge’.

The light emitted will only be enough to see, short of creating excessive light pollution, and is also intended to improve nighttime safety. 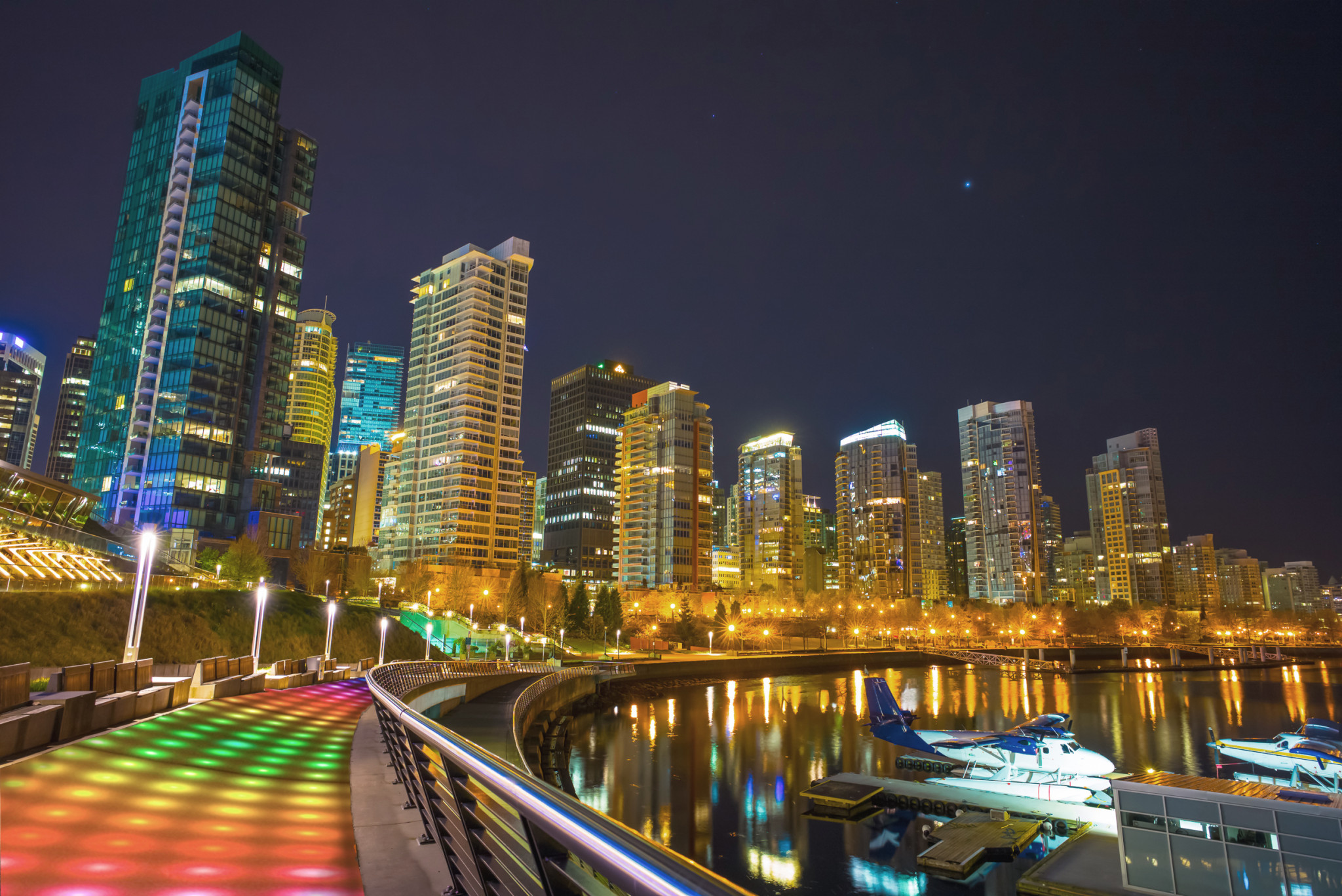 Shigeru Myriokaruto, Associate Director of Design for Studio Roosegaarde, told Vancity Buzz that certain areas could even see different patterns and shapes. They will work with First Nations artists to potentially create special aboriginal-themed art work near the totem poles at the Hallelujah Point section of the seawall.

“There’s nothing like this in the world and it will be our first project using different colours of luminous rocks,” said Myriokaruto. “Several years ago, we started to imagine new ways to conceive road, sidewalk, and bike lane designs… and this Vancouver project breaks the barrier of focusing solely on how we interact with the surfaces instead of how the surfaces interact with us.”

“When people walk or run or ride on the seawall, it will be like travelling through a fairy tale. I’ve rode the Vancouver seawall on a bike many times now and the scenery is just impeccable during the daytime, and I can already imagine the experience at nighttime with the luminescence.”

The project enters the public consultation phase this summer and a decision will be made by Park Board Commissioners as early as this fall. Future phases would wrap the entire Stanley Park seawall with the paving, all the way to Second Beach.

The first phase of the project is expected to cost approximately $6.5 million and if approved, construction and installation could begin in late-spring 2017 for a completion in early-summer 2018.

The Park Board will also potentially explore using the glow-in-the-dark coating technology for asphalt pathways in city parks as a more affordable alternative option to traditional lighting.

Studio Roosegaarde is best known for its one-kilometre glow-in-the-dark bike path in Eindhoven, Netherlands, which has a swirling green and blue design inspired by Vincent van Gogh’s “Starry Night”.

The company has received many installation requests from around the world, including Toronto, but Vancouver was the only city willing to consider a large-scale project to demonstrate the effectiveness of the glowing coating’s application as the solution to nighttime lighting needs.

“This stretch of the seawall is already incredibly beautiful, and we’re just adding to that by creating a dynamic touch at night when that beauty isn’t as visually apparent.”

In all likelihood, this will make the seawall an even bigger tourist attraction, bringing people to the public space during the evening hours. 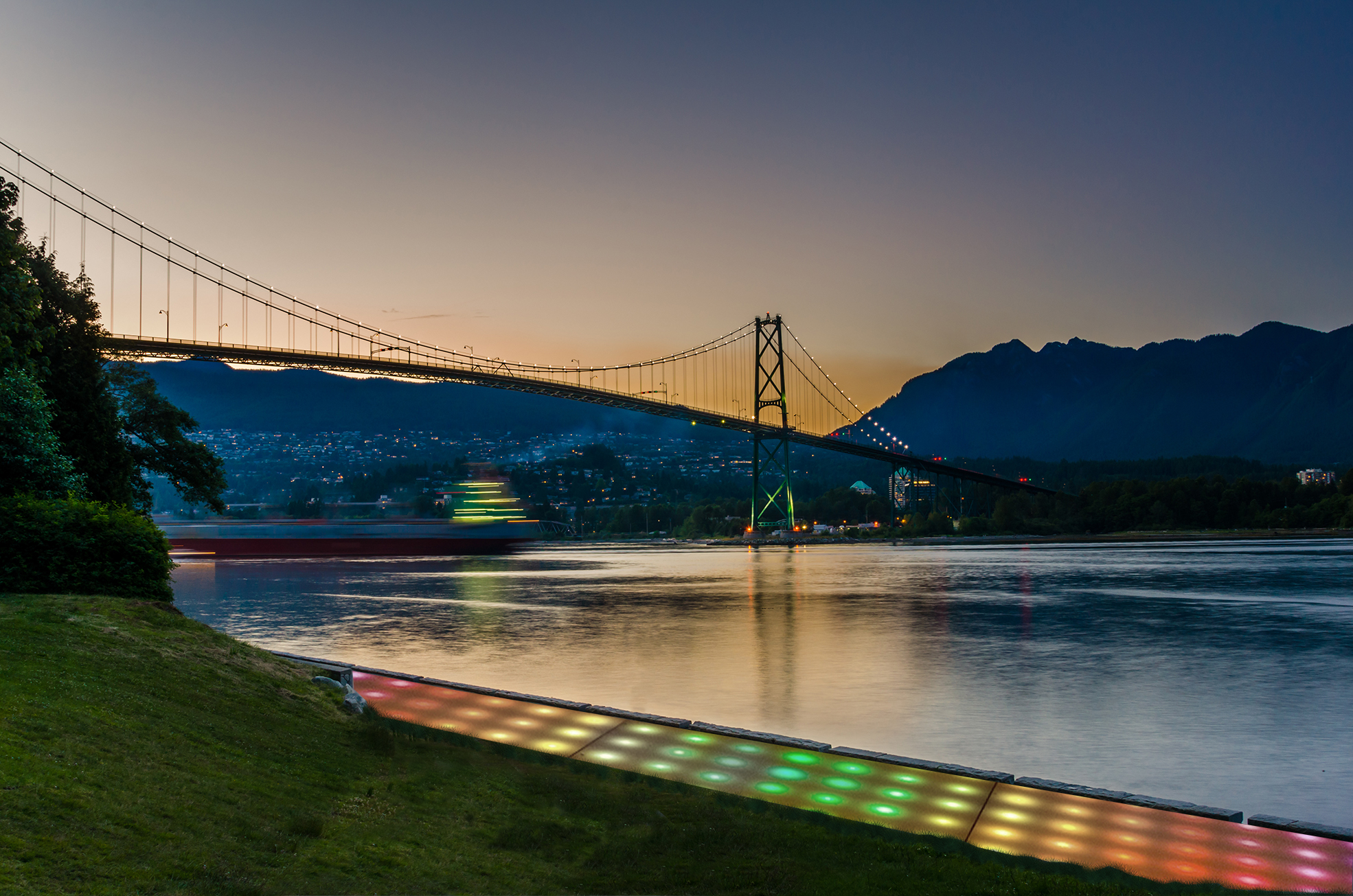