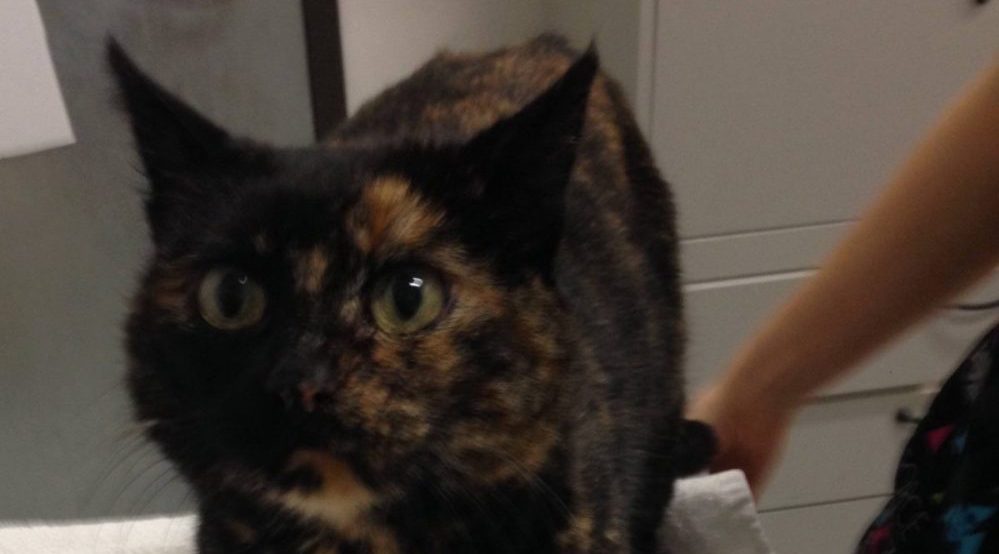 A cat from McLeese Lake, BC has been reunited with its family after she went missing for more than two years.

City of Surrey Operations Manager Kim Marosevich says the cat was found by a resident quite a few months later and six and a half hours away from home.

“It was when the weather first started to turn bad so it was getting cold and there was snow coming and this resident said a cat basically showed up on their doorstep,” she says.

Animal control initially couldn’t find any information on the cat, even though it had been tagged with an identification microchip.

After some investigation, the chip was traced to Switzerland.

The Swiss company was contacted and provided the owners’ information who currently live in McLeese Lake, BC.

Marosevich didn’t think the information would still be accurate after two and a half years…turns out it was.

“The owner was shocked to hear she was still alive. She had thought a predator had gotten to her,” she says.

Marosevich says Pharfalla happens to be quite the globetrotter.

“She was born in Germany, moved from Switzerland to Seattle with her owners, then to Calgary, before settling down in McLeese Lake, BC.”

Pharfalla went missing in June 2014 and eventually made the 560 km to Surrey this past week.

Despite the trek, she’s doing well, and is in good condition despite having been away from home for so long.

For Pharfalla, everything seemed to fall into place.

“The owner did the right thing and so did the couple who found Pharfalla”, she says.

Marosevich says the owner is “very excited to be reunited with her.”

She says it’s very important for animals to have ID, because you never know when it might help you get your pet back.

“Sometimes the shelter is overwhelmed by people who are less committed and don’t put identification on their pet, or move and don’t bring their pets.”

Her owner will be making the six and a half hour drive on Friday.