Sure, Vancouver is home to our very own home-grown food and drink chains like the White Spot, Cactus Club, and Blenz, and we’ve got plenty of Tim Hortons, McDonald’s, and Starbucks locations to go around here and across the country.

So what’s missing? While we anxiously await the first Jollibee location in the city, here are 11 global restaurant chains we want in Vancouver. 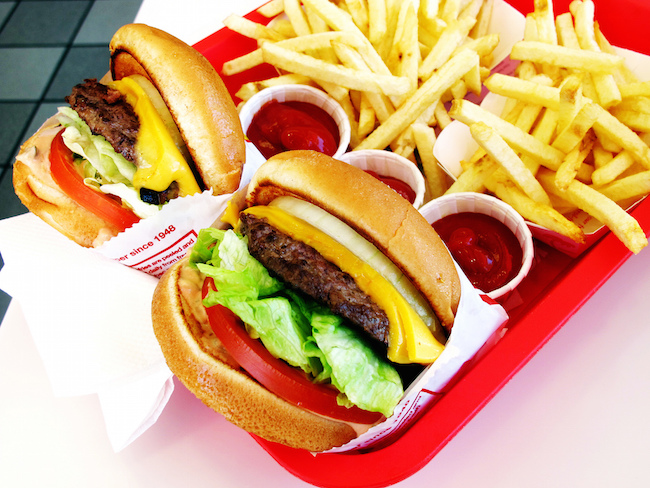 Californians (and Californian expats) are prone to rhapsodize about In-N-Out Burger, the small but mighty fast food chain specializing in burgers, fries, and shakes. Their Double Double (two patties, two cheese slices) is a cherished staple, and their “secret” menu legendary (Psst: Order the Animal Fries). The company maintains they don’t intend to do much more expansion in order to preserve quality, though once a year they do operate a fundraising truck in Langley for one day only. Currently In-N-Out has locations in California, Arizona, Nevada, Utah, and Texas. 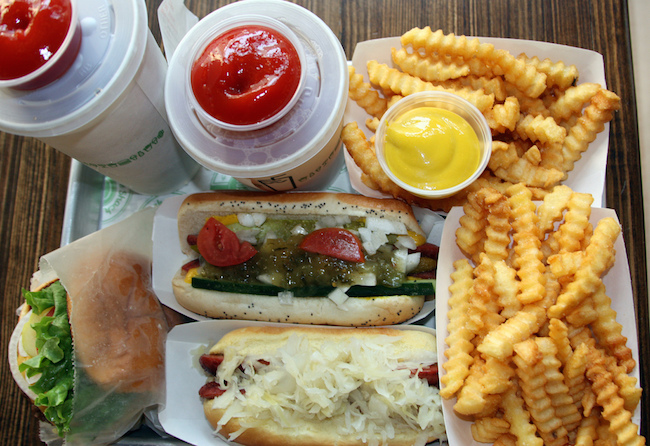 Shake Shack began as a modest hot dog cart in New York City, and now it’s a high-quality fast-serve institution. Hot dogs are still on the menu, along with delicious burgers, custard-based concretes and sides. They’ve got over 40 locations around the U.S. (and more on the way; they’re heading to Los Angeles in 2016) as well as spots in the Middle East, Russia, Turkey, and the U.K. 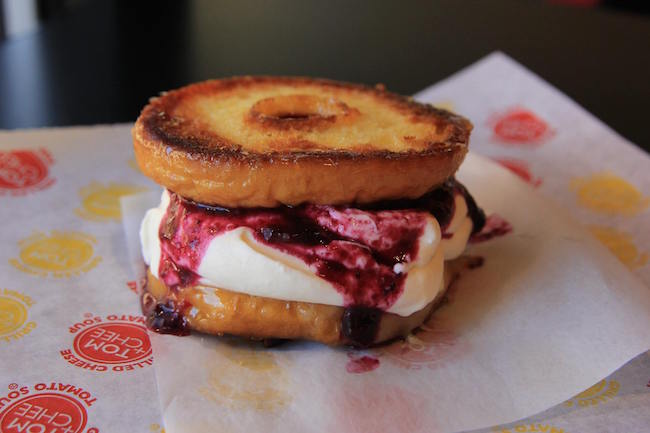 Tom + Chee is all about the special bond between tomato soup and grilled cheese. Launched in Cincinnati, Ohio in 2008, the company got media attention (and some help) following a 2013 appearance on the U.S. TV show “Shark Tank.” With about 30 locations spread around the U.S. midwest and east coast, the chain offers lots of opportunities for diners to fall in love with their quirky creations, like their Grilled Cheese Donuts. 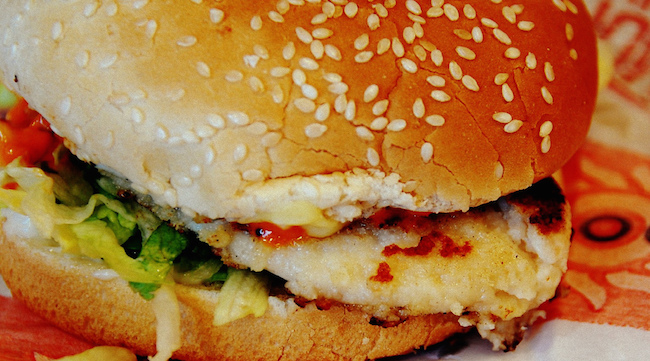 Australia’s Oporto began in 1986 under a mouthful of a name: Portuguese Style Bondi Charcoal Chicken. Central to their menu is their signature Bondi Burger: Three grilled chicken breast fillets, lettuce, cheese, mayo and Oporto’s special piri-piri chilli sauce. With locations all over Oz and in New Zealand, and even Southern California, Vancouver (and our Aussie ex-pats) might greet this chain with a happy G’day. 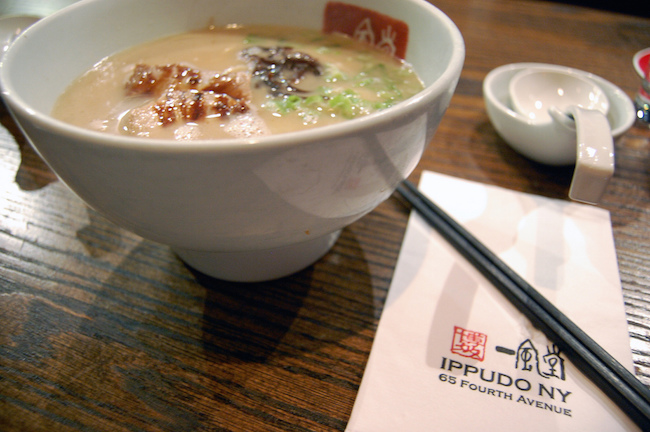 Ippudo was born in Japan, but with two New York City location, the ramen joint has become a must-try for locals and visitors to the Big Apple. Vancouver’s got a pretty serious ramen scene, so we’d welcome Ippudo with open arms (and big spoons). At least a couple of Vancouver foodies seem to have been equally enchanted with Ippudo upon checking them out in NYC. 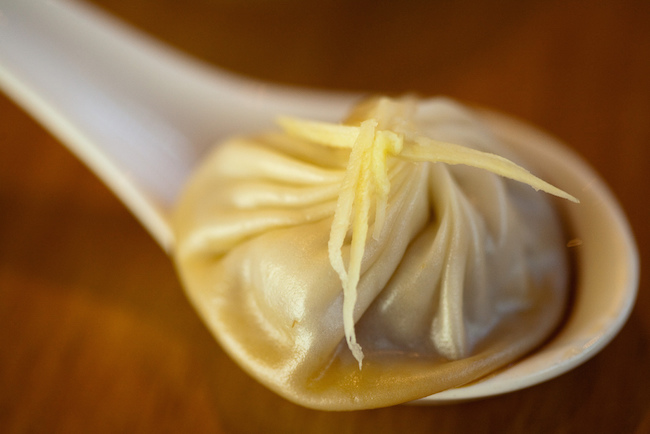 There’s no doubt about it: Vancouver and its surrounding communities serve up some amazing dim sum. But a global granddaddy like Din Tai Fung could really up the city’s dim sum game. The restaurant’s roots began in Taiwan, and now Din Tai Fung has locations in Japan, the United States, South Korea, Singapore, China, Hong Kong, Indonesia, Malaysia, Australia, and Thailand. Their major claim to fame is their Xiao Long Bao, or soup dumplings. 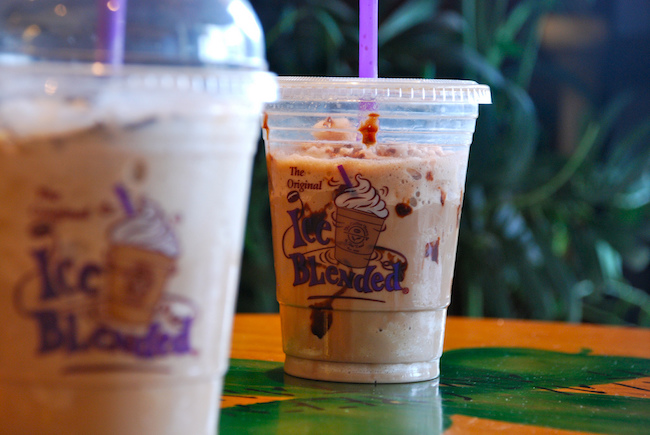 There can never be too much coffee and tea in a city, right? California-based Coffee Bean and Tea Leaf straddles both beverage realms mightily in their expanding empire. The well-established chain has locations in 25 countries, and Canada is one of their available territories for franchising. CBTL is known for their signature Ice Blended drinks and an array of tea lattes. 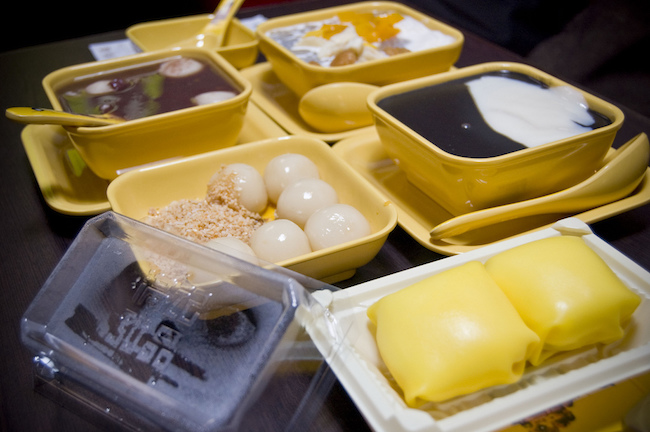 It’s just desserts at this Asian chain that began humbly in Sai Kung, Hong Kong, about 20 years ago. They’ve since expanded to over 400 stores in Hong Kong, China, and Southeast Asia. Honeymoon Dessert has about 160 treats on their impressive menu, all which allow them to showcase high-quality and seasonal ingredients. They promise “blissful pleasure” for their diners: Hey, Vancouver could use some of that! 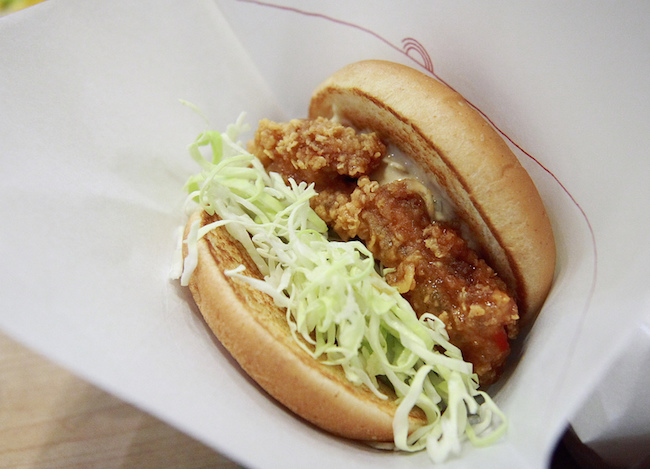 Japan-based MOS Burger has been around since the early 70s, and this fast food chain’s claim to fame is that their burgers are healthier and less greasy than the competition’s. To achieve their goal of spreading happiness through food, MOS Burger’s menu includes a diverse assortment of burger and burger-style concoctions, like Wagyu beef burgers topped with bacon and egg, a seafood rice burger, curry pork burger, shrimp burger, hot dogs, and more. PS, MOS stands for “Mountains, Ocean, Sun.” 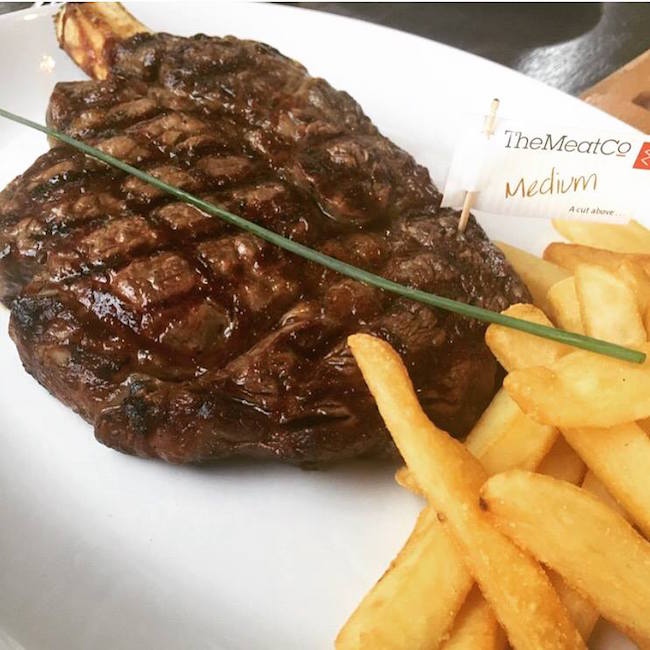 Vancouver’s steakhouse scene could use a vibrant jolt from South Africa’s The Meat Co. This meat-centric restaurant chain began in the early 2000s under the direction of Costa Tomazos, considered a legend in the food biz. The Meat Co.’s restaurants offer high-quality beef grilled to specification, thoughtful decor, and hospitable customer service. So far The Meat Co. has locations in South Africa, the Middle East, and one in London. 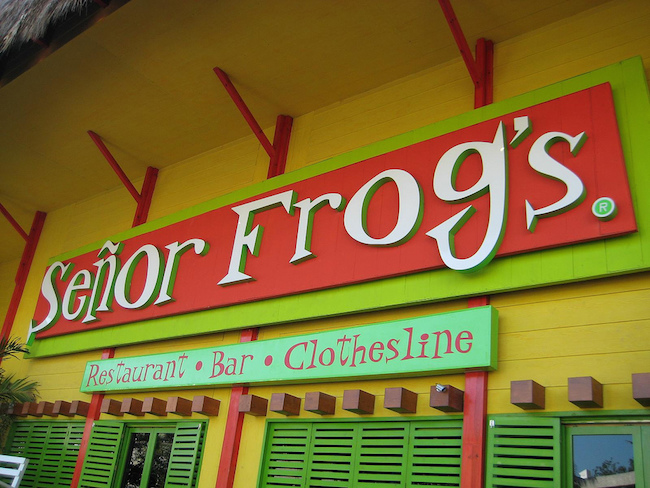 We are just starting to really get serious about Mexican food in Vancouver, but a Mexico-based chain like Señor Frog’s could sure give locals a reason to party. Fun is more certainly on the menu here (we’re thinking maybe a Granville Street spot in the heart of downtown?) at this chain that first unleashed its fiesta-loving ways in 1968.

Did we leave off your favourite? With a globe packed with chains (of varying quality and/or loyalty) it’s pretty likely we did. Feel free to give us a shout on Twitter to our @vcbfood account with your pick for an international chain you’d like to see in Vancouver.