A Langley mother is outraged after her daughter’s image showed up on a genetic screening company’s website and ads without her permission.

Christie Hoos’ daughter has Down’s Syndrome, and a photo she posted of her to her blog ended up on a stock image website, which was then used in the ads for “Tranquility,” a prenatal testing kit.

“The campaign is so disparaging towards individuals with Down Syndrome that it incited an avalanche of complaints from concerned parents and disability rights activists in Spain,” said Hoos on her blog. “One parent is quoted in a local publication asking ‘what mother could allow her daughter to be photographed and used for this campaign?'”

To make matters worse, Hoos’ daughter is battling cancer and is in her eighth month of chemotherapy.

“Every small setback takes a toll, but she doesn’t let it keep her down for long. She’s tough. Tough and sweet and feisty, and a thousand unique qualities all her own. She is the joy of our life.”

The company that used the photo, Swiss-based Genoma, has since removed it and issued the following statement: 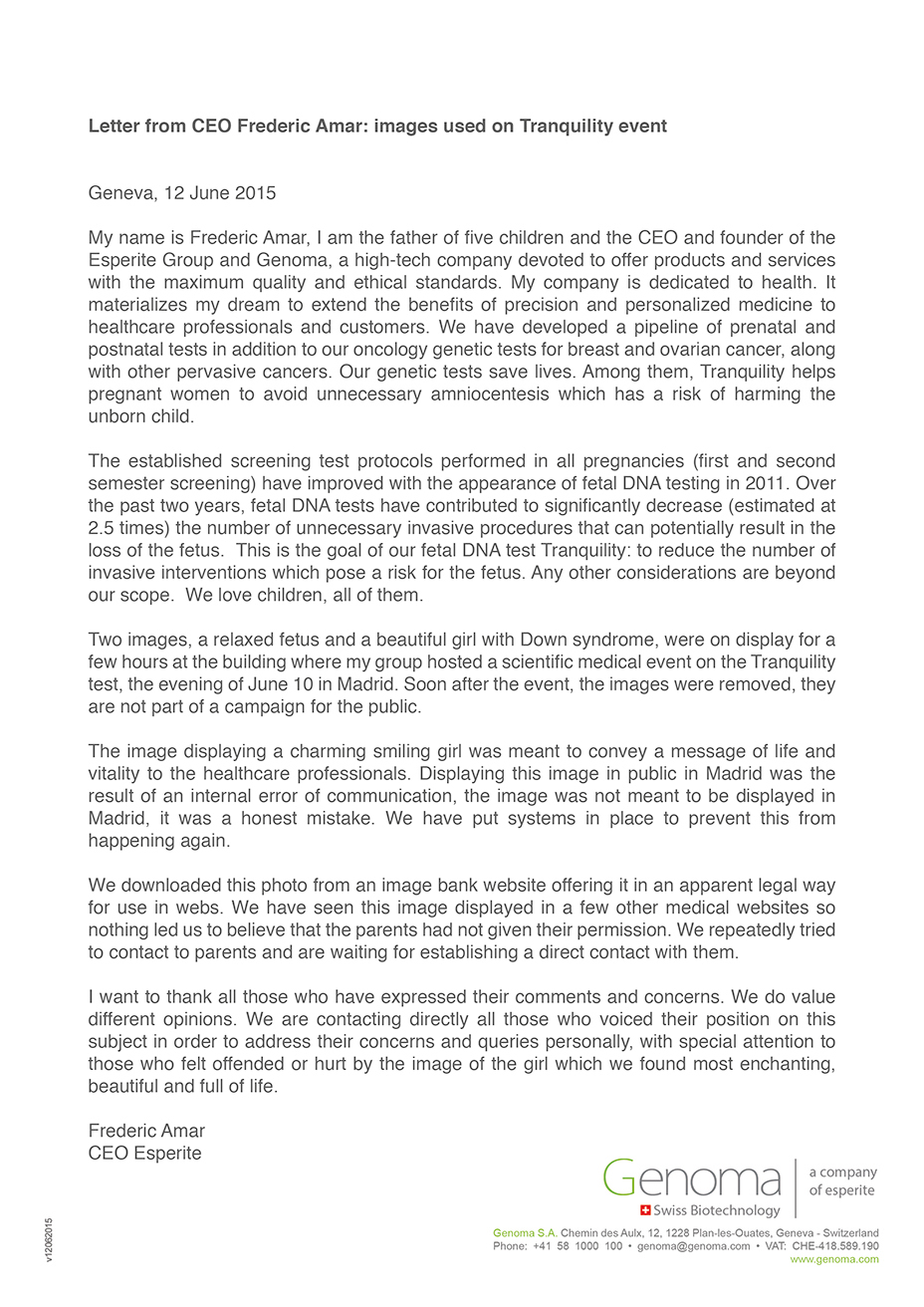 The entire Down’s Syndrome section of the stock image website has also been removed.

But for Hoos, it’s not enough. She’s consulting a lawyer.

“Where initially I considered taking all our photos offline, deleting my social media accounts and hiding in my house for the next 10 years, now I’m determined to weather the storm. We will not flinch. We will not hide. My daughter is beautiful and her life is worth celebrating. “