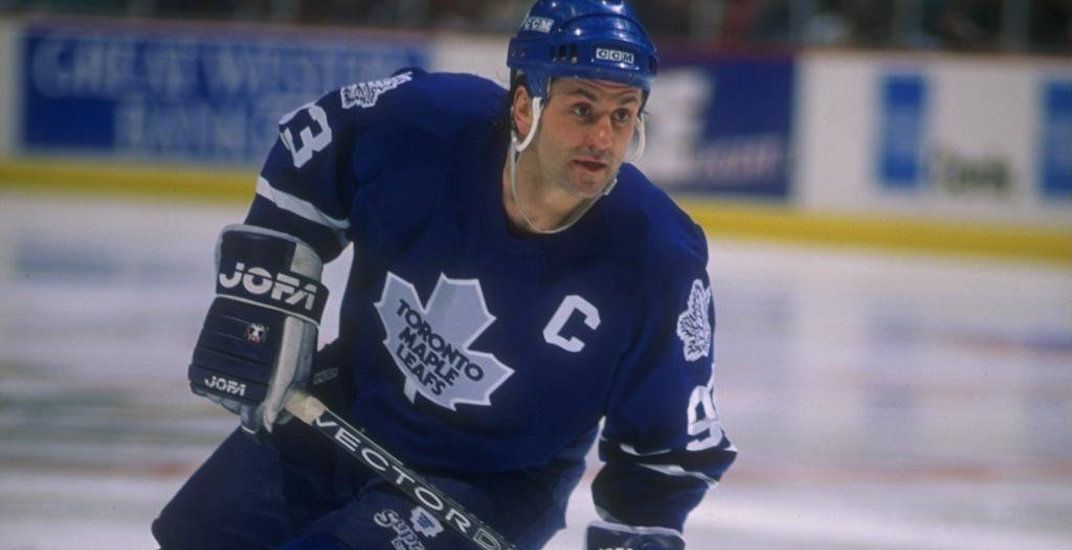 Well, that was close.

Former Toronto Maple Leafs captain Doug Gilmour has written a book, Killer: My Life in Hockey, and in it he divulged a history-altering move for two prominent Canadian NHL teams.

Or was it a history-altering non-move?

After trips to the Conference Final in 1993 and 1994, the Maple Leafs were a tire fire during the 1996-97 season. The team was in the midst of a 68-point season, and went on to finish fourth-last in the NHL.

They needed to get younger, and that meant dealing away one of the greatest players in franchise history. Gilmour, 33 years old at the time, was on the chopping block as the trade deadline neared.

Despite his team’s struggles, Gilmour was still a very productive player. He had 60 points in 61 games, and put up 72 points in 81 games the season prior.

There was no shortage of teams interested in the services of the heart and soul superstar, and that included the Vancouver Canucks.

But Gilmour, who Leafs general manager Cliff Fletcher had the utmost respect for, had some say in his destination. And he didn’t want to come to Vancouver.

That decision changed history for both franchises, because the player the Canucks were likely to give up in return was Markus Naslund.

Here’s how Gilmour remembered it:

I told Cliff I wanted to play for a team that really wanted me. One with good management and good coaches, and a chance to win the Stanley Cup. I also told him I wanted to play somewhere in the States, but close to Toronto. After spending so much time away from home for so many years, I hadn’t had the chance to be the kind of father I wanted to be to Maddie. Now, with a new young family and Maddie close by, I didn’t want to jeopardize that again.

In hindsight, my request probably cost the Leafs the best deal they could have made for me. Cliff told me which teams were interested, and the first one was Vancouver. The Canucks’ general manager, Pat Quinn—Cliff ’s old friend—was considering sending young prospect Markus Naslund to Toronto for me. At the time, he was only 23 years old and was really just coming into his own, in only his fourth season in the league. He would go on to become a focal point of the Canucks franchise—a team captain, a first-team all-star, and even a Lester Pearson Award winner as the players’ choice of MVP. In 2002–03 he put up 48 goals and 104 points. Naslund would have had a big impact with the Leafs.

I told Cliff I didn’t want to go to Vancouver. It wasn’t because of the team, but because of the distance from southern Ontario and the long flights. It was just too far from away where I needed to be in my life.

Cliff understood. He said there were three other teams interested in me: the Florida Panthers, Philadelphia Flyers and the New Jersey Devils. I told him I was okay with any of the three, and then left him to do his job.

Wouldn’t that have been something?

The Canucks went on to miss the playoffs by four points in 1997. Gilmour could have pushed them above the playoff bar.

Prior to that season, Canucks GM Pat Quinn came very close to landing Wayne Gretzky as a free agent. After missing out on Gilmour, the team landed Mark Messier as a free agent in the summer of 1997.

Would they have gone so hard after Messier if Gilmour was already in the fold?

Gilmour would have been disastrous for the Canucks, who were about to enter one of the worst three-year stretches in franchise history, now known simply as ‘the Messier era.’

As it turned out, the Canucks also needed to get younger, and Naslund was the franchise player they needed. The talented Swede went on to become captain of the Canucks, and is one of only four players to have his jersey retired by the team.

Had he gone to Toronto, he would have been reunited with Quinn not long after. Quinn was fired as Canucks president and general manager in November of 1997, and was hired as Leafs head coach in 1998.

Naslund could have been the talented goal-scoring winger that Mats Sundin never had. The pair likely would have been an unstoppable force.

But it was not to be.

The Leafs legend unknowingly did the Canucks a favour.

Naslund went on to score 40+ goals in three consecutive seasons, and tallied more than 30 goals six times in Vancouver.

Gilmour was eventually traded to the New Jersey Devils with Dave Ellett and a conditional draft pick in exchange for Steve Sullivan, Alyn McCauley, and Jason Smith.