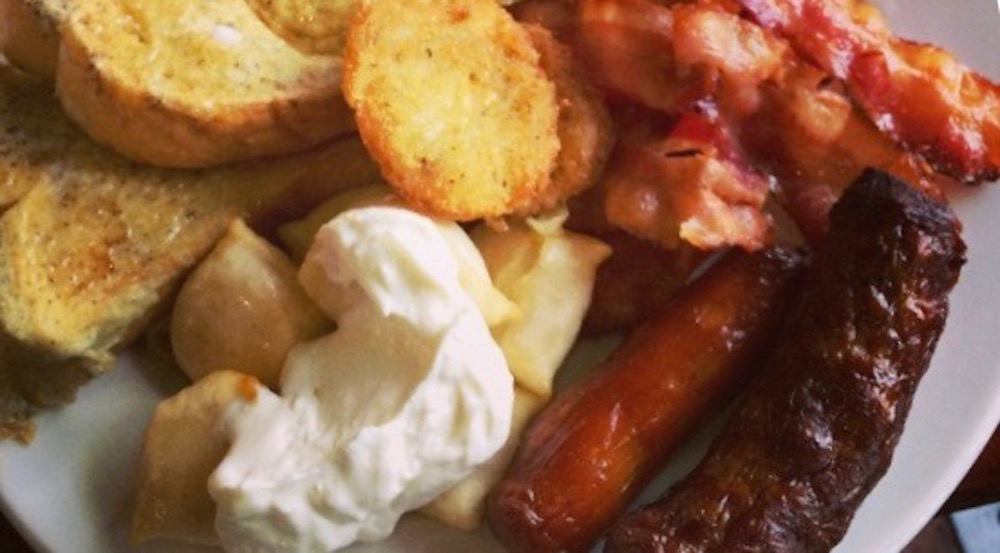 The Gillnetter Pub is one of Port Coquitlam’s neighbourhood haunts located at 1864 Argue Street. This spot has a great view of the Pitt River and has a sunny outdoor patio, making it a popular destination for locals to grab a pint and a burger, but on Sundays it’s the AYCE brunch service that becomes the main attraction.

While there is no official list of the AYCE offerings, a Gillnetter Pub employee told Daily Hive patrons can expect all the breakkie classics like sausages, baked ham, bacon, eggs (including an omelette station), egg bennies, waffles, pancakes, French toast, hash browns,  and perogies along with fruits and breakfast pastries like cinnamon buns, croissants, and whipped cream too.

A post shared by Digital Sound Magic Recording (@digital_sound_magic_recording) on May 25, 2014 at 10:54am PDT

While Caesars aren’t included in the AYCE rate, you can order them off the drink menu – and we strongly suggest you do.

This pub takes no reservations and only serves patrons 19 and older – so no minors – which works out nicely for us greedy people who are of age, because it means more bacon for us.