I first saw the sisters perform as support act for Ellie Goulding at the 2012 ITunes London festival. They were unexceptional, forgettable and while the tracks were all pleasant enough, I couldn’t name one if they threw the lyric sheets at my face. 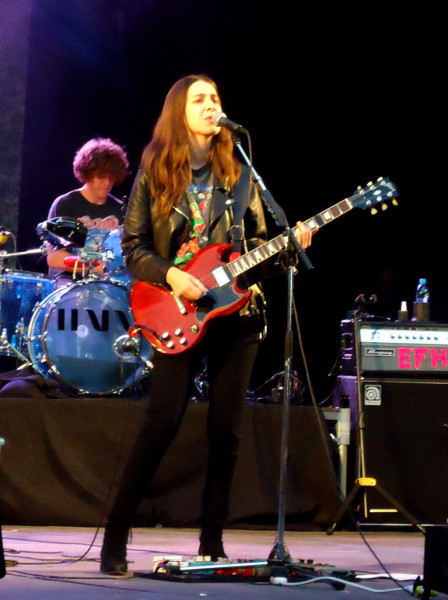 Since then I have been proven wrong. Day Are Gone is sheer musical excellence and has rarely missed a playlist addition. I queued eagerly with fellow Haim fans on Saturday night; excited to get a glimpse of Este’s sassy bass face, jig my shoulders along to the opening bars of Forever, and sip my drink to Honey & I. 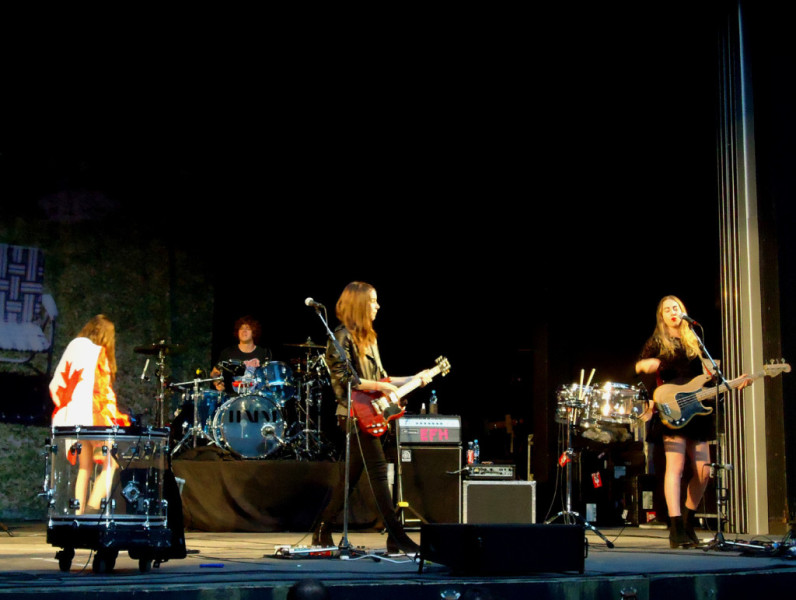 The show washed over my previous Haim experience. Haim burst on to the stage with raw hair-whipping energy to album opener Falling, and mingled the crowd as youngest sister Alana proudly sported a Canadian flag handed over from a front row fan.

This followed an over long interlude of more hair-whipping and instrumental knick-knacks, and while we get that the girls are talented musicians, time would have been better spent on delivering more tunes or bonus material. As amazing as the album is, something special would have given the show that little something extra.

That said the make-over treatment given to Beyonce’s XO was fantastic, with Danielle Haim taking to the drums. The audience revelled later on to the Stomp-esque drum whacking showdown.

The backdrop to the show at sunset added to the festival vibes of The Wire and Running If You Call My Name, as fans danced and swayed together. 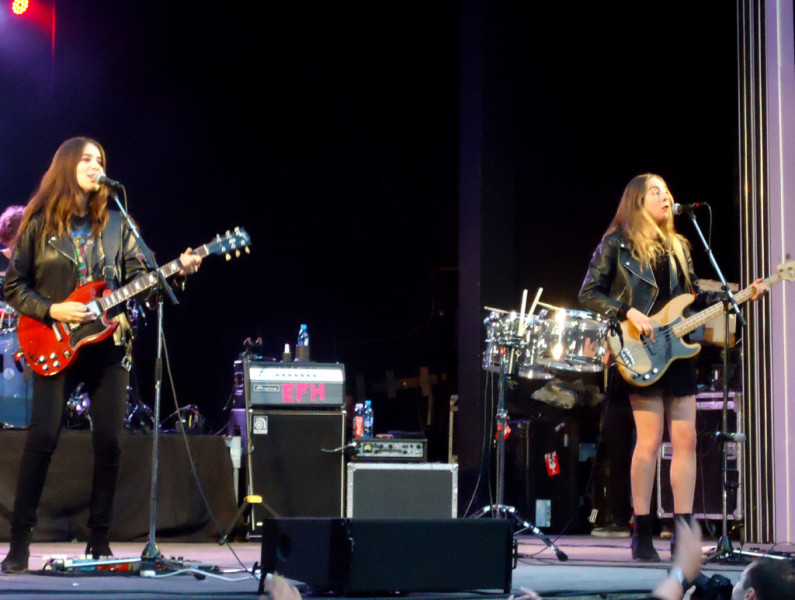 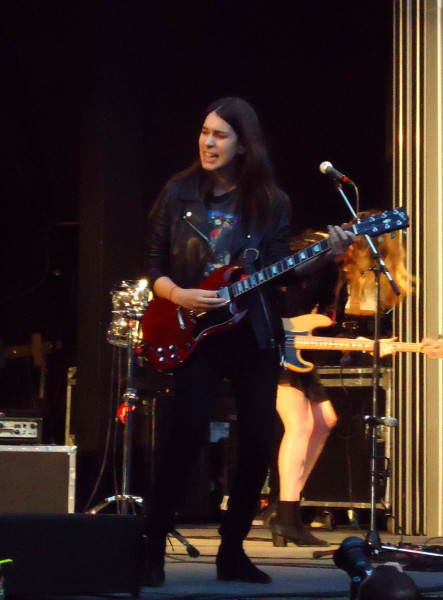