Let’s face it; the ‘90s was the best decade in pop music. Hands up if you rushed out to buy a cassette single to play on your Walkman, dressed up as a Spice Girl, recorded The Grammies on VHS, or joined a fan club… you know, with membership card and newsletter in real-life-mail?

Chances are the Backstreet Boys were firmly on your radar.

Formed in 1993, over 20 years ago, the boys went on to become the best-selling boy band in history, with an impressive 130 million-plus records sold to date.

On Tuesday, at Vancouver’s Rogers Arena, the quintet saluted the final show on the Canadian leg of their In a World Like This tour with as much hip-swinging energy to delight ‘90s teeny-boppers as today’s One Direction or The Wanted.

Opening with thumping BSB classic The Call, Backstreet certainly was back, as the guys churned out hit after hit infused with numbers from latest album, In a World Like This. For those attending to relive those hormonal teenage years, the newer material underwhelmed – new songs such as Show ‘Em (What You’re Made Of), a dismal track about the guys’ babies, and bland acoustic sets of Madeleine and lesser known track 10,000 Promises sent a good portion of the crowd back to their seats to rest.

That said these ‘rest periods’ flowed well into the BSB greats including Show Me The Meaning Of Being Lonely the fantastic acoustic version of Quit Playing Games (With My Heart). 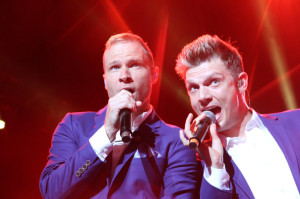 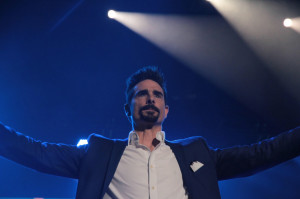 Carter promised Vancouver ‘one hell of a show’ and the boys did not disappoint. With mostly original choreography on anthems Everybody (Backstreet’s Back) and even their 1995 debut We’ve Got It Goin’ On, to the sharp suits on Incomplete and the entire arena singing along to I Want It That Way, each and every ticket buyer were given the full unashamed boy band treatment. 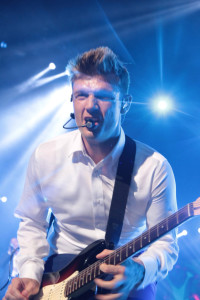 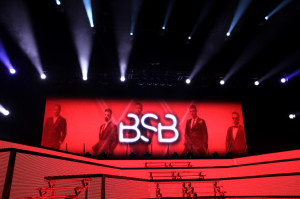