We’ve all faced that moment – you’re trying to choose a special card for someone, but the store’s selection is anything but original.

Budded by two Vancouver entrepreneurs, Gift-a-Green is offering an interactive alternative to traditional greeting cards by introducing ones that grow. 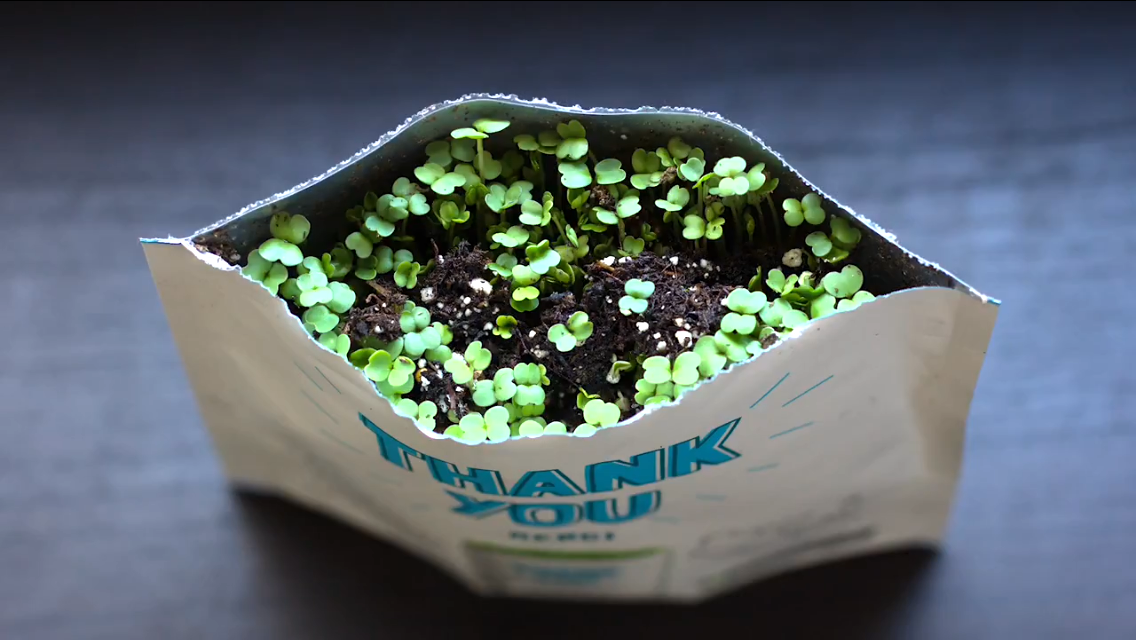 Around 10 days after the Gift-a-Green pouch is opened and the seeds are watered, edible microgreens will begin to sprout. As of right now, customers can purchase the pouches from retailers such as Indigo and Garden Works as well as several boutique gift stores, yoga studios, cafes and other retailers across the Lower Mainland.

Gift-a-Green is asking Vancouverites for their help to broaden its scope by pitching in to its Kickstarter campaign in order to reach its goal of $20,000. Proceeds will help upgrade the online platform allowing customers to easily customize messages on the microgreen pouches.