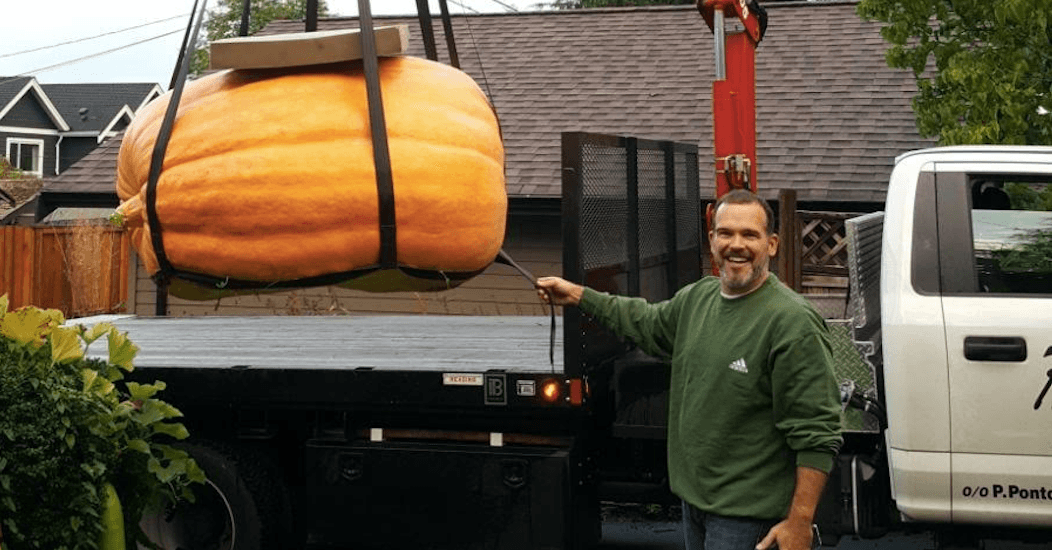 Move over Linus, there’s a new Great Pumpkin in town.

And this one carries some serious weight.

While Jeff Pelletier may be a musician by profession, he has also been producing pumpkins competitively for the past three years at his North Vancouver.

So just how big is this year’s giant gourd?

Well, using an official pumpkin- measuring technique called “taping,” Pelletier measured the pumpkin over the top, north to south, over the top east to west, and then the pumpkins circumference. Then, he added the three numbers together. 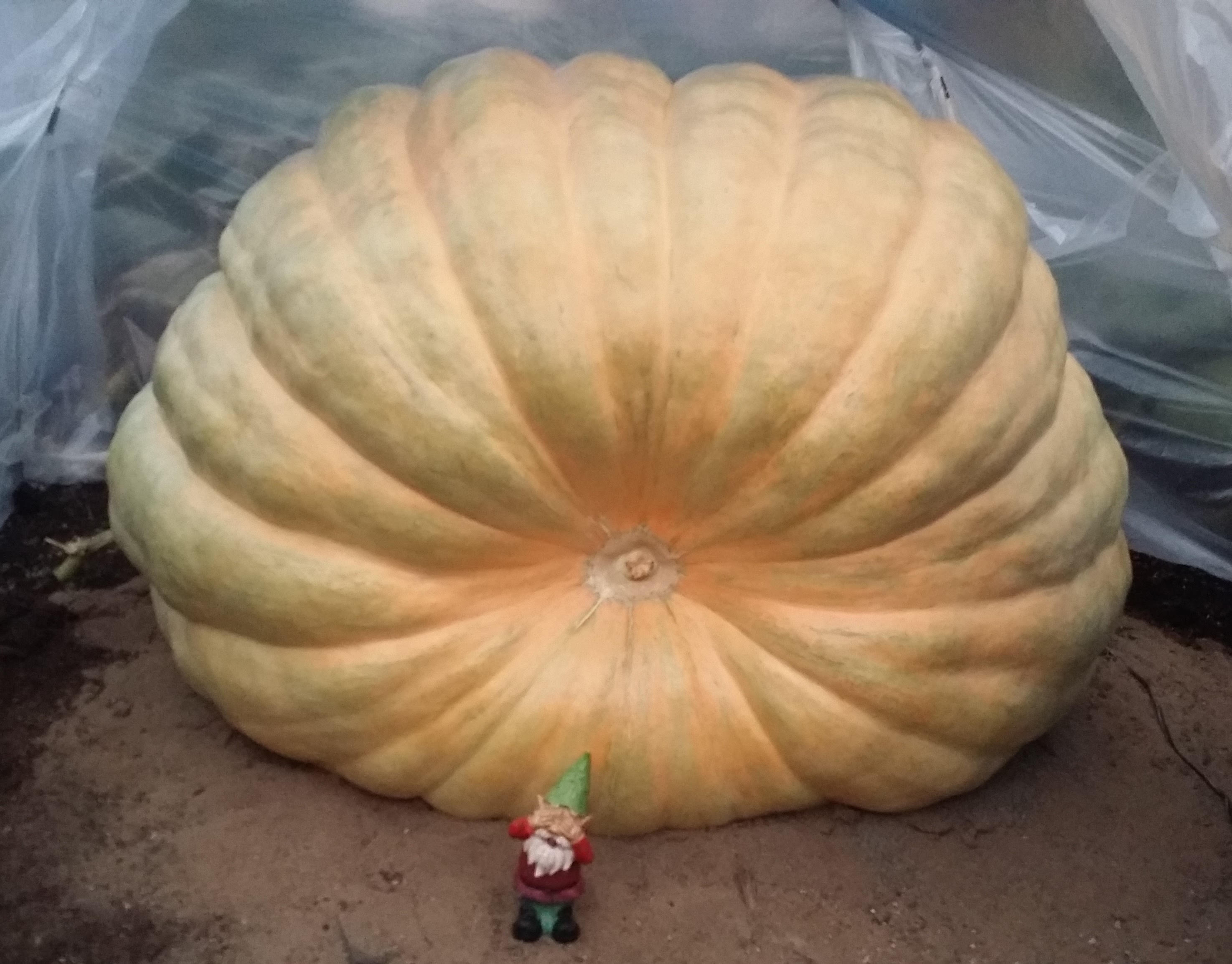 To find the pumpkin’s weight, Pelletier than compared the size with an official corresponding weight chart which showed this particular pumpkin tips the scales at 1, 231 pounds.

The pumpkin was planted on May 1 and was affectionately named Grawp.

Pelletier told Daily Hive the pumpkin was pollinated on June 29, meaning it will be 100 days old this Saturday – just in time for an official weigh-in at Krause Berry Farms in Langley, which starts at 11 am.

The Krause Berry Farms event is “the only Giant Pumpkin Commonwealth sanctioned weigh off competition in BC,” explained Pelletier . “So we’ll bring it out to the competition and see how it fares.” 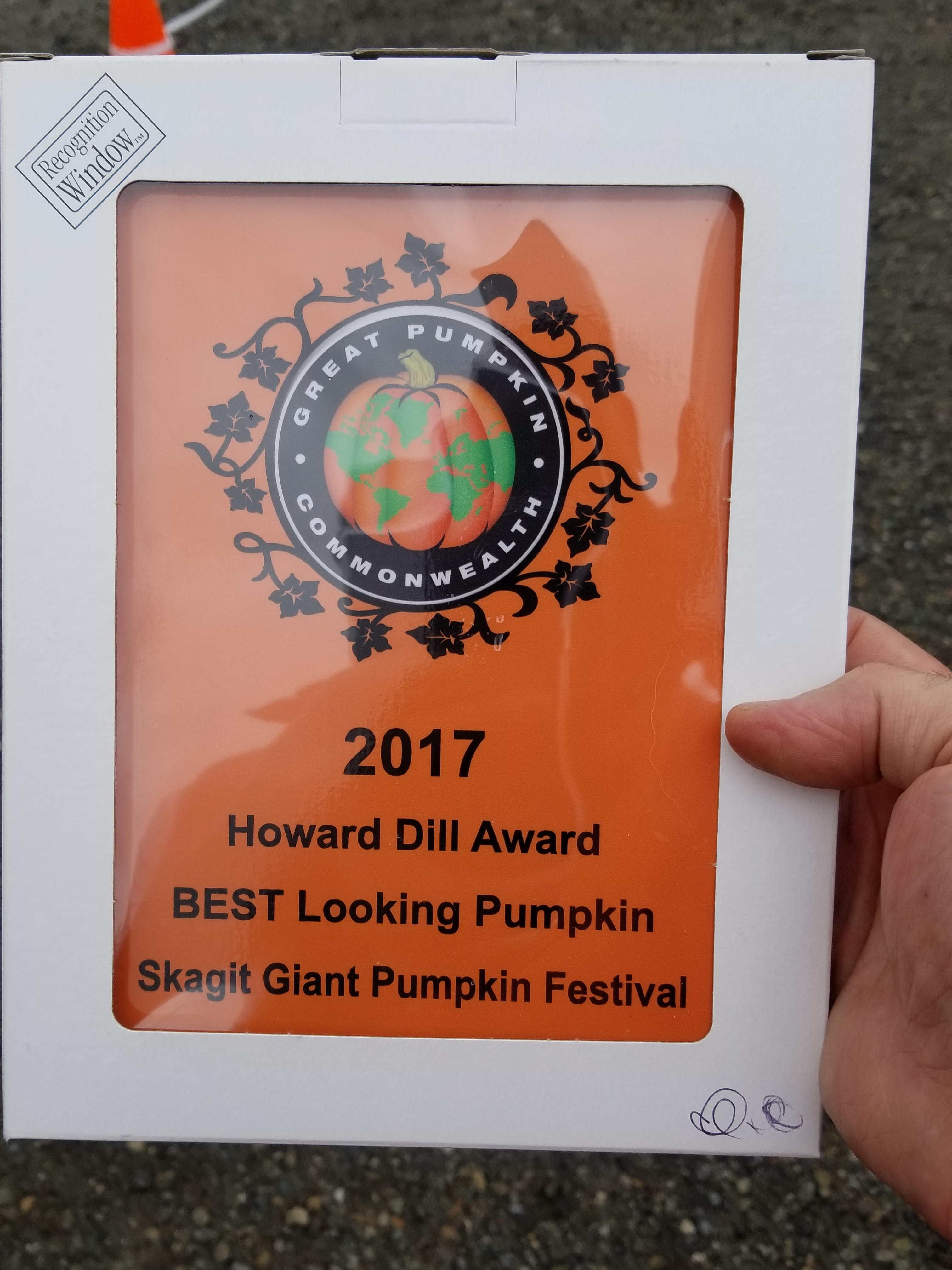 As for how he managed to grow something of this stature and size, Pelletier explained a lot of it has to do with the breed.

Known as an Atlantic Giant Pumpkin, the breed was originated to be grown to an enormous size by Nova Scotian, Howard Dill.

“Special pruning and fertilization techniques as well as consistent watering need to be used to get it to this size,” he added.

Pelletier said the growth process is “incredibly fun as the one day growth gains can be staggering.”

In fact, Grawp’s largest one-day gain this season was 47 lbs. “You can literally see it grow from morning to night.”

While some might think his pumpkins are on some sort of growth “steroid,” Pelletier said that’s simply not the case.

“Yes, some growers choose to use chemical fertilizers,” he conceded.”However, my pumpkins are grown all organically.”

Those who can’t make it to the weigh-off in Langley this weekend, will have another chance to see Grawp, though.

On Saturday, October 21, It’s About Thyme Nursery will be doing a Harvest Day complete “with professional carvers that will transform the pumpkins into something amazing,” said Pelletier.

So where does Pelletier’s pumpkin passion come from? The answer is no surprise.

“I blame Charles Schultz for starting it all,” he said. “It’s a Great Pumpkin Charlie Brown is a classic and got me hooked as a child.”