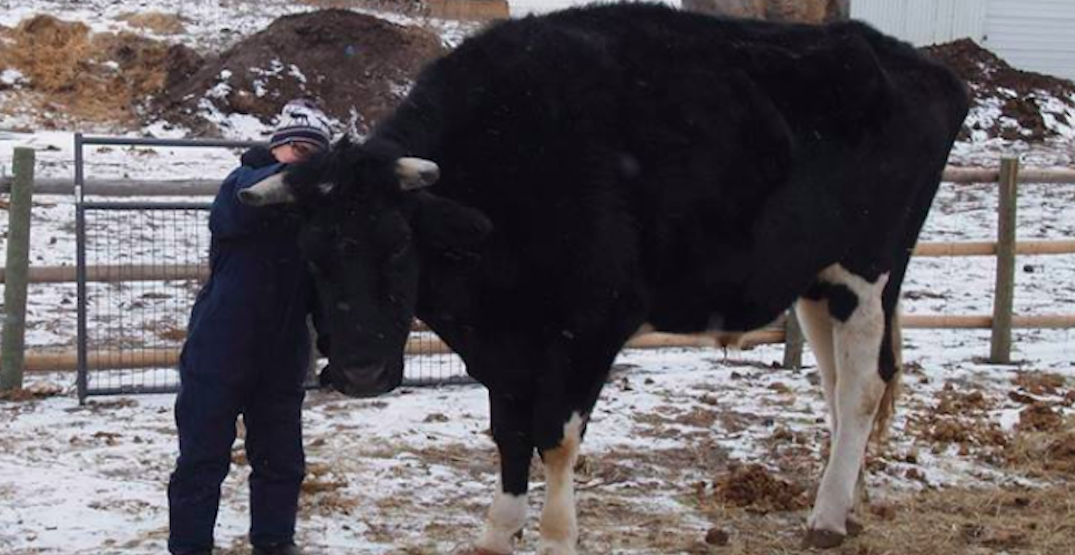 Dozer at his farm in Manitoba (Kismet Creek Farm / Facebook)

By now, you’ve likely seen the mooving story of an Australian cow named Knickers, who was deemed too massive for the slaughterhouse and has since made headlines all over the world.

Now, it appears that Knickers has a mutually sizeable companion right here in Canada, in the form of a bigger-than-life bovine named Dozer, who lives on a farm in Manitoba, south of Winnipeg.

According to a report from Steinbach Online, the beefy beast named Dozer was originally living on a farm in Alberta, owned by friends of his current owner, Rebecca Hanuschuk.

“They had too much grass, so they purchased a few extra cows to help with the grazing,” she explained.

Dozer was scheduled to be on the Alberta property for “half a season, and then he was going to go for meat,” Hanuschuk recalled.

But things didn’t quite go that way.

Hanuschuk said she would go to visit her friend’s farm on a fairly regular occasion and “was reading one day out in the pasture and Dozer came to me.”

That day was the beginning of what Hanuschuk said eventually became a bond between the two.

Dozer eventually moved to Manitoba where he now resides on Hanuschuk’s farm.

Hanuschuk said she was taken aback by this new development, but figured he’d probably stop growing sooner or later.

“He just kept outgrowing himself,” she said. That’s no bull, as Dozer now reportedly stands at a commanding 6’3″ tall.

Now those are some *ahem,* “high steaks.”