Getting a dog isn’t a decision that should be taken lightly. It’s a huge time commitment that only gets more difficult when other parts of your life get busier — like taking a new job, moving, going to school, or starting a family.

Those are all reasons thousands of animals are surrendered to shelters in British Columbia each year, and that’s exactly what happened to our adoptable animal of the week: Gabe.

This “big boy,” who weighs in at approximately 70 kilograms (that’s 154 pounds, give or take), was given up by his family because they felt they no longer had the time to give him. And honestly, it’s for the best because now that Gabe is up for adoption he has a second chance for a great life where he can be the centre of attention and celebrated as the giant prince he is. 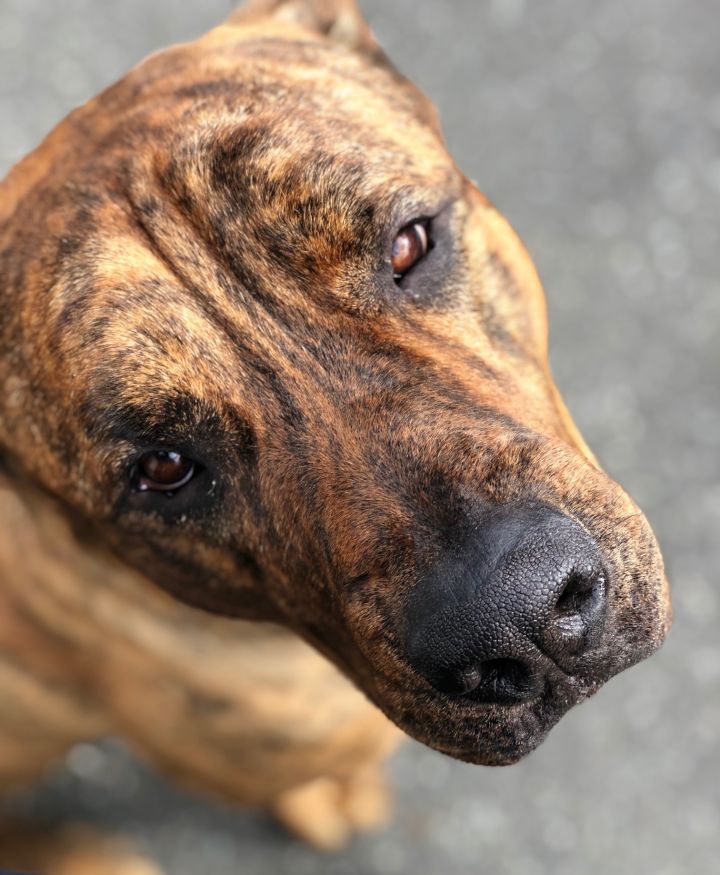 A bit about Gabe. Although he was described as a Pitbull Rottweiler mix, his size and appearance leads New Westminster Animal Shelter staff to believe that he likely has Mastiff in his breed mix. All that drool is a good tell, too.

He is almost two-years-old, which is still considered a young adult, just at the end of puppyhood.

Gabe is playful and goofy, and can keep himself entertained by throwing up toys into the air and running around in the yard. He likes showing off. 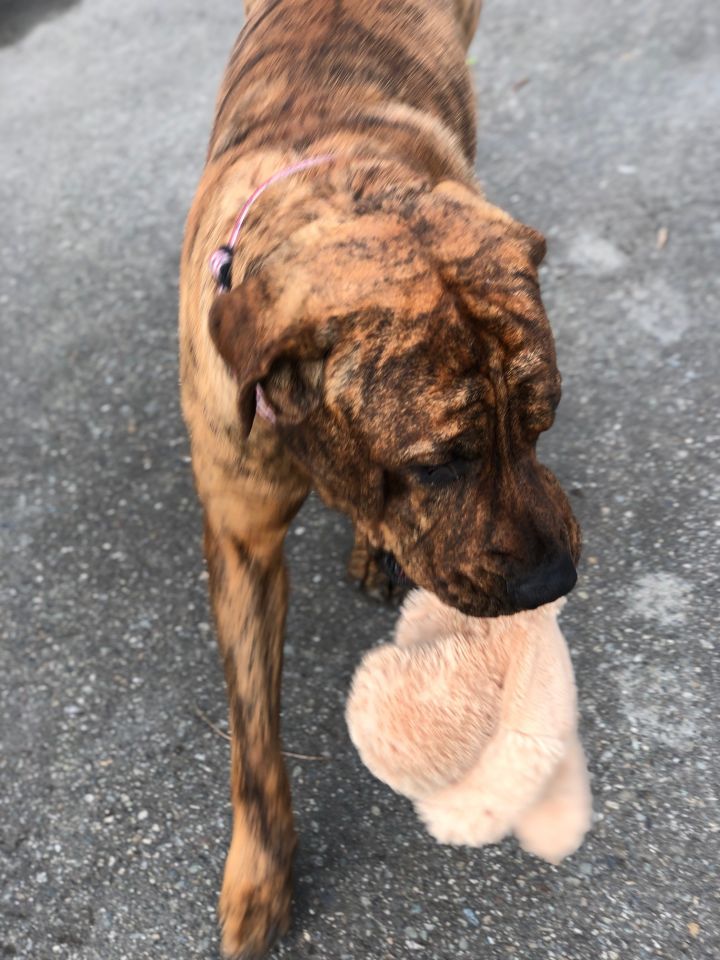 The extra-large pooch can be nervous and afraid in new situations, and has shown that by vocalizing and barking. Staff at the shelter don’t think he’s had a lot of positive experiences in that arena yet. He is nervous of new people at first, and loud noises have spooked him.

Although he has made a good buddy at the shelter, he has not had a lot of up-close interactions with other dogs. For that reason, NWAS would like to see the future owner only introduce new buddies gently and carefully. He would be best suited in a neighbourhood that isn’t overrun with dogs, and would not be into dog parks. 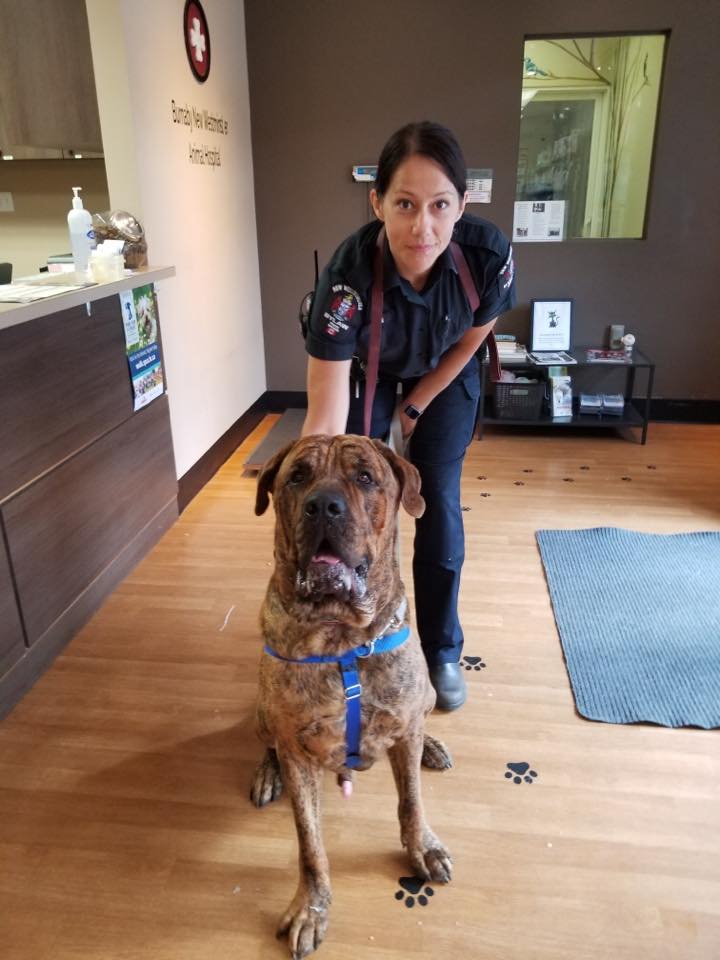 Because of his gigantic size and lack of exposure to them, the shelter thinks it would be best that Gabe doesn’t go to a home where there are small animals or little children.

Click here for adoption information, including the application form. 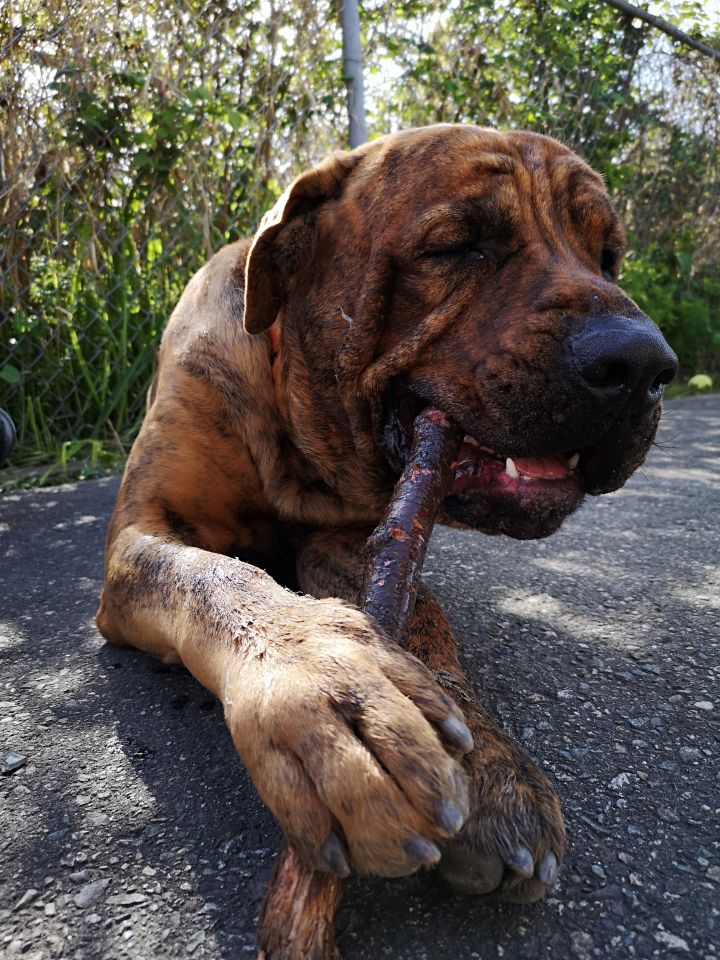