New plays are always a mixed bag. It’s where playwrights can test out new ideas, but also where ideas can get stuck on quickly sinking ground. Ghosts in Baghdad lands solidly in the middle within these two extremes, succeeding in some areas while coming up short in others.

The environment was well-crafted by Working Spark Theatre, background music bringing me into the exotic Middle East. The multimedia experience brought fresh memories of past bombings and media reports. The script was well-written, albeit a little lagging in the first half. The whole thing could have been tightened, but I did like Working Spark’s dedication to setting the scene. 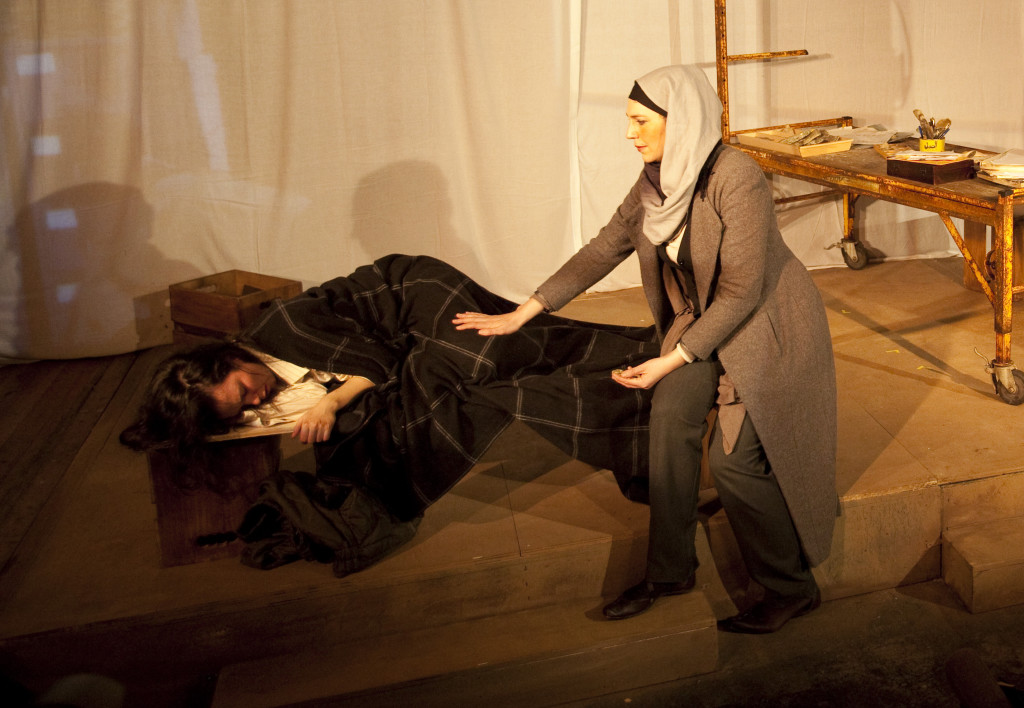 On the mixed bag side: the casting choices of Ghosts in Baghdad took me out the story. I’m not sure what influenced Working Spark to cast white actors to ‘pass’ as characters with names like Khalil and Malika. While the actors demonstrated their parts well (most notably Gili Roskies as Noor), it wasn’t enough to transport me into the thick of war-torn Iraq.

In an acting town like this one, is it inconceivable that a more diverse cast could have been found? One that truly demonstrates the accents and cultural norms of Iraq? Even tolerant Vancouver can a tough place for ‘ethnic’ actors – is it a stretch to envision them in a play specifically about them?

Companies large and small (Boca del Lupo’s Azano instantly comes to mind) have found creative ways of bringing ethnicity into their work. And this decision, I believe, instrumental from turning Ghosts in Baghdad from a purely philosophical exercise into a true story that resonates.

Just like an ‘authentic’ restaurant, Vancouverites are hungry for real theatre experiences. Show me that, and perhaps Ghosts in Baghdad will become a play worth preserving.